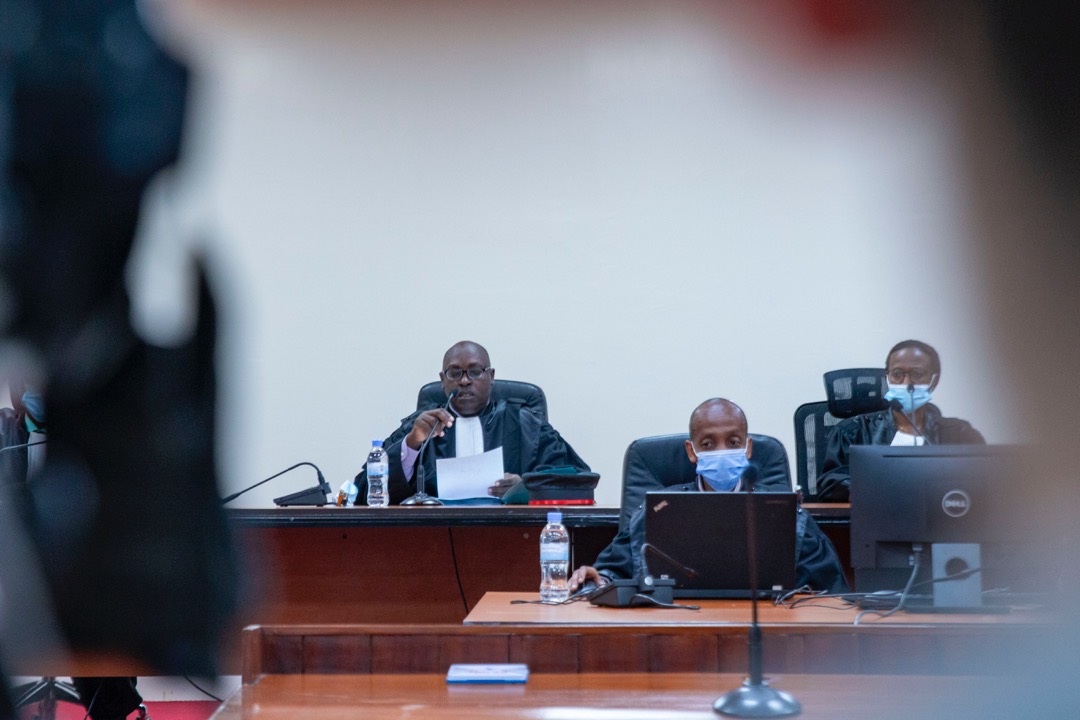 The National Public Prosecution Authority has welcomed the ruling in the trial of Paul Rusesabagina and 20 others who were facing terror-related charges, hailing the sentences handed out but added that a lot of evidence provided by Prosecutors during the lengthy trial was not considered, which resulted into lesser sentences for some of the suspects.

“We are happy with the court decision particularly on the issue of compensating victims, where court ruled in favour of the defendants jointly compensating those who were affected by the attacks but again we are not very happy with other decisions, where some of the evidences we submitted were not considered,” Faustin Nkusi, the Prosecution Spokesperson, told journalists  after the ruling.

Court also ruled in favour of compensation of the victims who were affected by the attacks, including families that lost their loved ones, those injured in the attacks between 2018 and 2019 as well as transport companies whose vehicles were torched by the FNL militia inside Nyungwe.

“We will take time to read the court decision and decide on the next move but we will be interested in understanding why some of the facts and evidence we submitted as well as testimonies, including evidence obtained through judicial cooperation with some European countries, was not given due consideration,” Nkusi said.

Vincent Nsengiyumva, the former Executive Secretary of Nyabimata Sector, who was shot by the rebels and his car set ablaze, said that majority of the civil litigants will appeal the court decision, which left many of the affected without any compensation, while those who were rewarded damages also felt that the court was inconsiderate in allocating the compensation.

“From the discussions we’ve hard so far, many of us are going to appeal the court decision. We feel our concerns were disregarded and we will appeal as soon as possible,” Nsengiyumva said.

There were over 90 civil parties in the cases, mainly residents of the districts of Nyaruguru, Nyamagabe, Rusizi and Nyamasheke, which were impacted by the attacks as well as travelers who were caught in ambushes in Nyungwe Forest.

All parties involved have 30 days to appeal.

Challenge Yourselves Enough, Before Seeking Help−Kagame to University Students