Excitement is returning in Nyakabuye Sector, Rusizi district as popular hot springs, commonly known as Amashyuza, which drained out last year, show signs of returning, thanks to efforts by cement producer CIMERWA Plc and Rusizi district.

The cement manufacturer in a statement on Saturday, September 25, announced that the much-adored hot springs, which were a tourist attraction in the area because of the reported healing factors in the water, were on the mend after efforts were made to restore them.

“The sudden drainage of the ‘Mashyuza’ hot springs left the Rusizi community bereft of one of the best touristic attractions in the region. The drainage was confirmed by a technical study as having been largely due to natural causes,”

“In line with recommendations from the technical study, the Rwanda Water Board (RWB) mandated the Mayor of Rusizi district to work with CIMERWA Plc to carry out some immediate remedial solutions pending detailed studies to guide implementation of long-term sustainable solutions,” CIMERWA said.

In collaboration with the Rusizi District, the cement manufacturer embarked on a rehabilitation plan with a mission to see that the hot springs return to their natural bed. 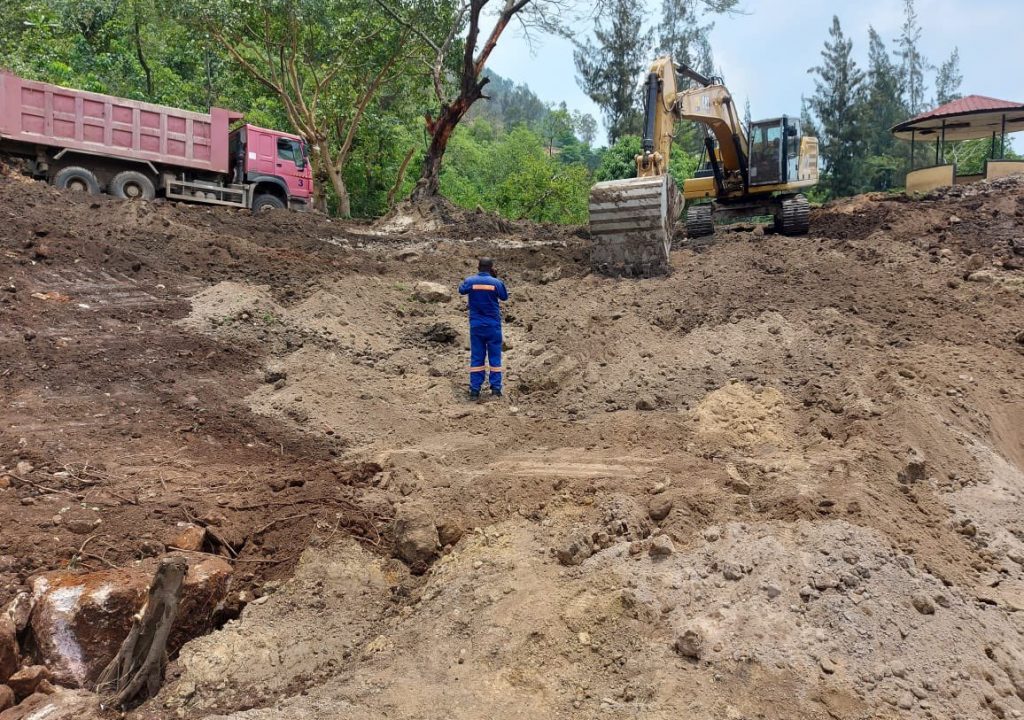 The last few days have seen the re-emergence of the hot springs, bringing cautious optimism to the community as the implemented technical interventions are observed in the coming days. It is not yet clear if the hot springs will be restored to their full natural state.

CIMERWA Plc CEO, Albert Sigei, said they are observing the hot springs to know how sustainable the restored hot springs will be.

“The re-emergence of the hot springs is a happy occasion for both CIMERWA plc and the local community there. We are happy to have lent resources to this endeavour and we will keep working hand in hand with the local authorities to help strengthen and maintain this local touristic attraction,”

“We are keenly observing the interventions made to confirm sustainability,” Sigei said.

The Mayor of Rusizi district, Ephraim Kayumba, said that the return of the water into the hot springs is a good sign and has created hope among residents who revered the natural feature. 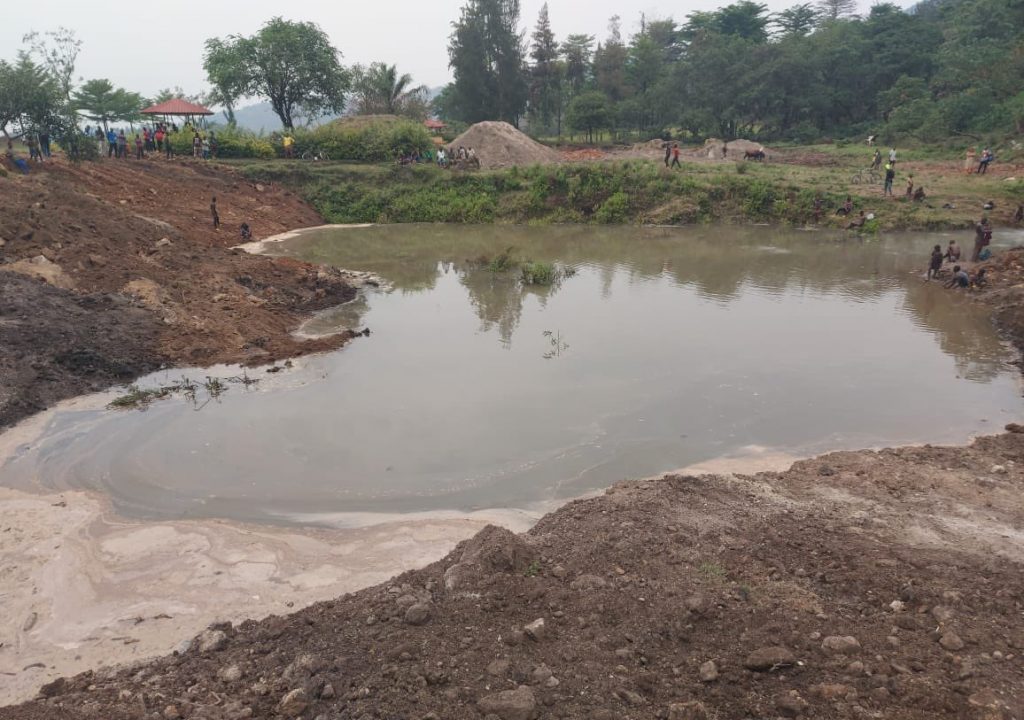 “We are happy to see progress in the restoration the Mashyuza hot springs. We thank CIMERWA and relevant Government authorities for their support and appreciate the community for their patience while the issue is being addressed,” Kayumba said.

“We are closely monitoring the measures taken and should be able to confirm if they will hold firm in the coming days,” he added.

A report released by a team geologist and environment experts led by Rwanda Mines, Petroleum and Gas Board (RMB) on September 7, 2020 concluded that earthquakes, and dynamite explosions might have acted as ‘trigger’ and ‘accelerator’ for the disappearance and deviation of the one-hectare hot spring pond.

The disappearance of the hot spring water in August 2020 led to public outcry with many called for intervention by the government.

Hot springs are formed when hot water is produced by the emergence of geothermally heated groundwater that rises from the Earth’s crust.

The hot spring in Rusizi served as a tourist destination, mainly people with different health conditions who would dip themselves in the hot water for healing. 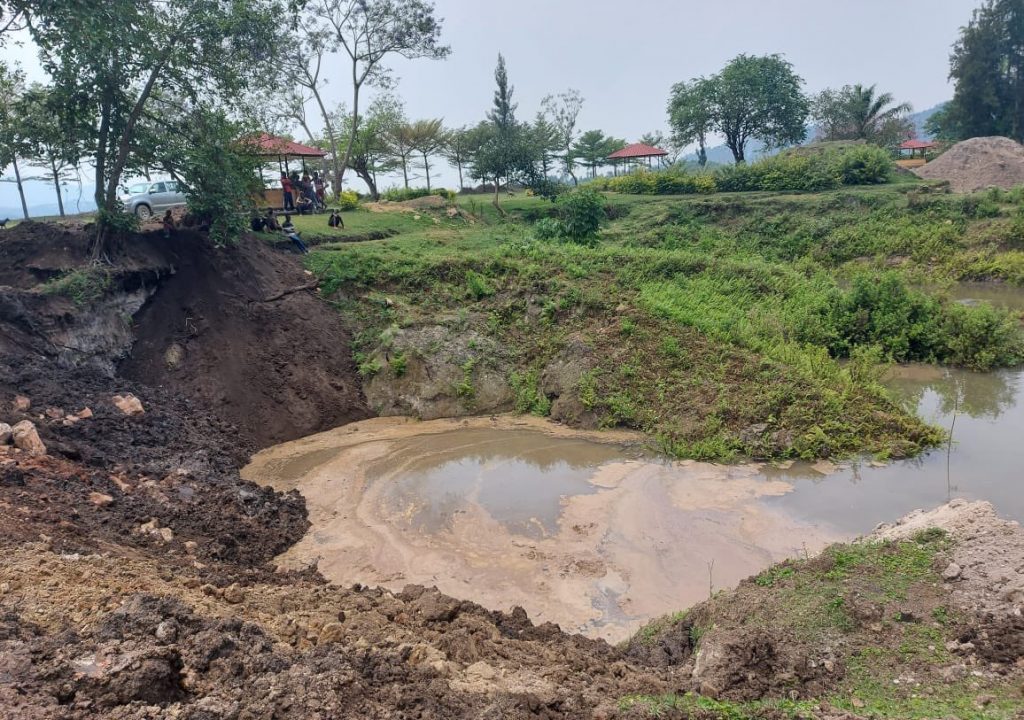 The report pointed out that limestone rock under the hot spring was already weak due to acidic water and chemical compounds found in rainwater as well as underground water, creating sinkholes ‘cavern system’ into which the hot spring pond water sunk and disappeared.

According to reports, Cimerwa worked is working with experts to seal the sinkholes or cracks through which the water disappears, using natural materials as those in the hot spring.

It is understood that among other things, a layer of sand will be added at the bottom, to make the water less silted and more comfortable for those willing to stand in it.

The report in its findings had estimated that acidic water and chemical compounds found in rainwater and underground water were 85 per cent the cause of the disappearance while earth quakes, dynamite explosions and other reasons took 15 per cent. 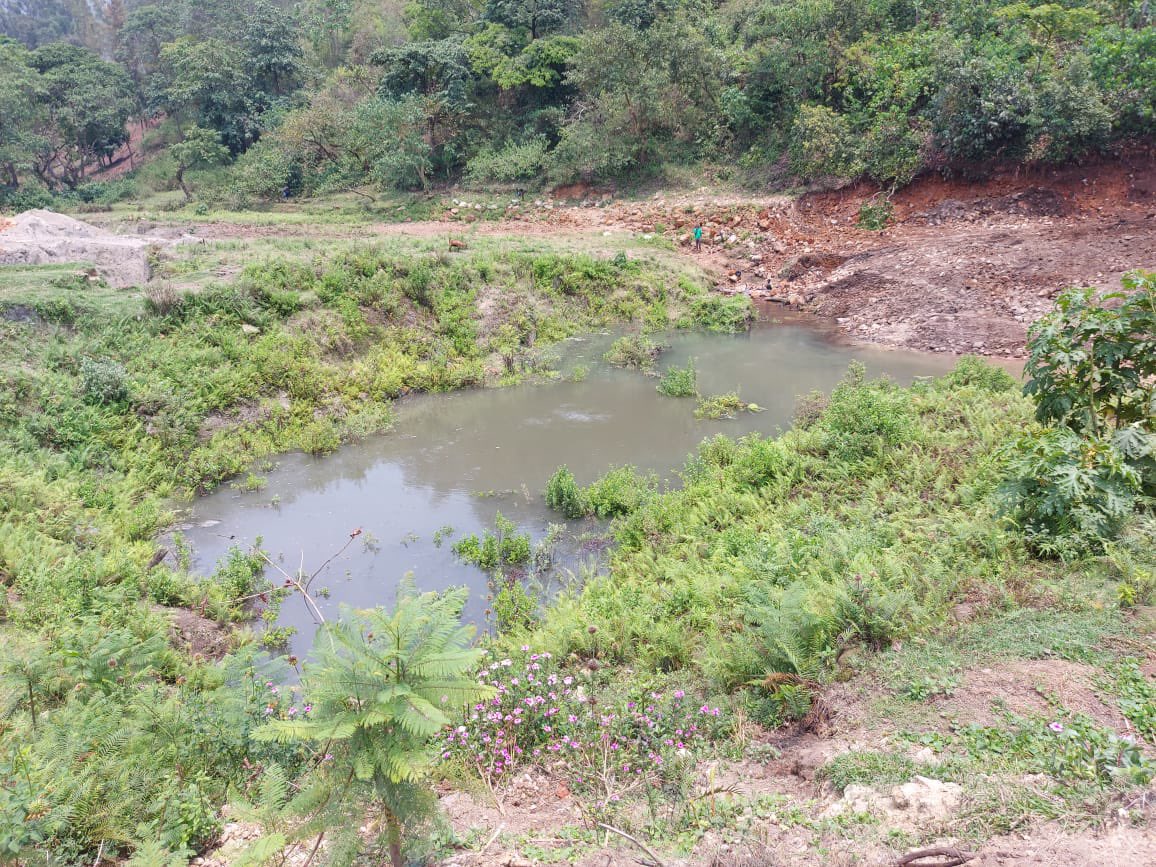 A number of earthquakes which happened last year, including one on September 16, 2020 and another on August 24, 2020 contributed to the weakening of the ground below, alongside dynamite explosions which happen at least 3 times a month.

Geologists and seismologists further warned that the ‘limestone rock’ under the hot spring in the area is like a ‘time bomb’ that could calamitously collapse anytime in the future due to gradual weakening of the limestone rock.