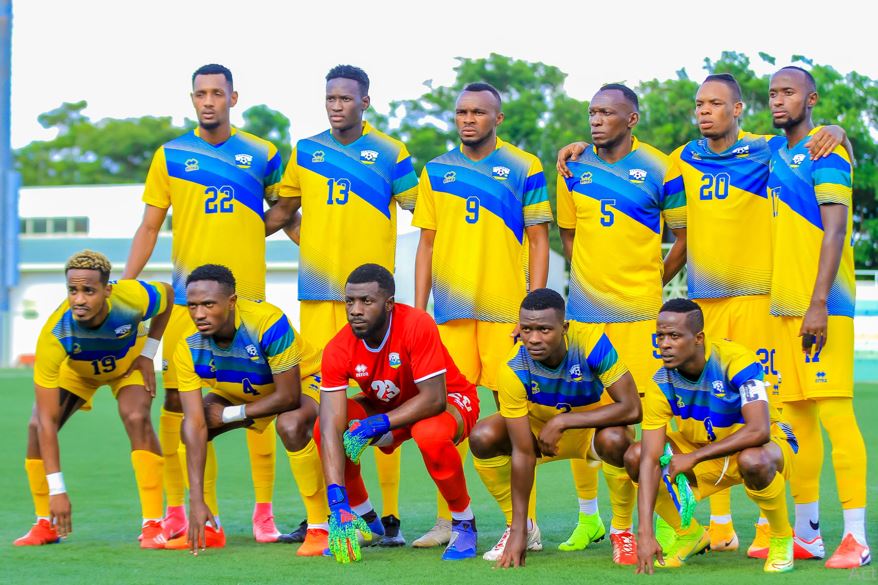 His side host Uganda on Thursday, October 7 at Kigali Stadium, before travelling to Kampala three days later for the return.

As expected, Sweden-based midfielder Rafael York has once again been included in Mashami’s squad after switching allegiance from Sweden to Rwanda.

York, who qualifies to play for Rwanda through his mother has featured Swedish youth set up.

He received his first call-up last month before games against Mali and Kenya and joined the national camp to bond with the team while awaiting for FIFA clearance.

The 22-year old has reportedly been cleared by the world football governing body FIFA to switch allegiance from Sweden to Rwanda.

“For me to play for Rwanda, it’s unbelievable. I am so happy. This is everything I wanted for the last two years.” York told KT Press

“I’m sure that everything is done with papers and stuff, so for me to now be able and play, knowing that I will be going up the pitch with a Rwanda shirt, it means so much for me.

Lague Byiringiro, who is still nursing an injury he picked during Amavubi’s game against Kenya last month, has also been picked.

The squad reports to camp on Wednesday to begin preparations for the crucial double-header.

Meanwhile, Amavubi Stars were placed in Group E alongside Mali, Uganda and Kenya and are yet to win a single game after a 1-0 defeat to Mali and 0-0 draw against Kenya.

They sit bottom of their group, one point adrift of Uganda and Kenya while Mali tops the group with 4 points after two games.