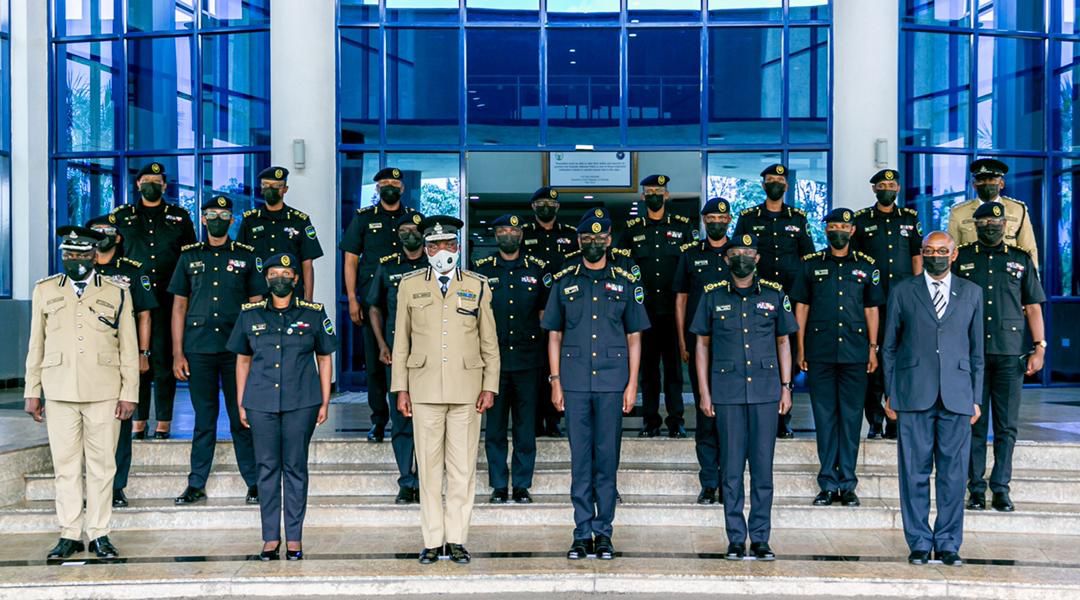 The bilateral meeting held at the RNP General Headquarters in Kacyiru was co-chaired by Inspector General of Police (IGP) Dan Munyuza and his counterpart of Tanzania, Gen. Simon Nyakoro Sirro. 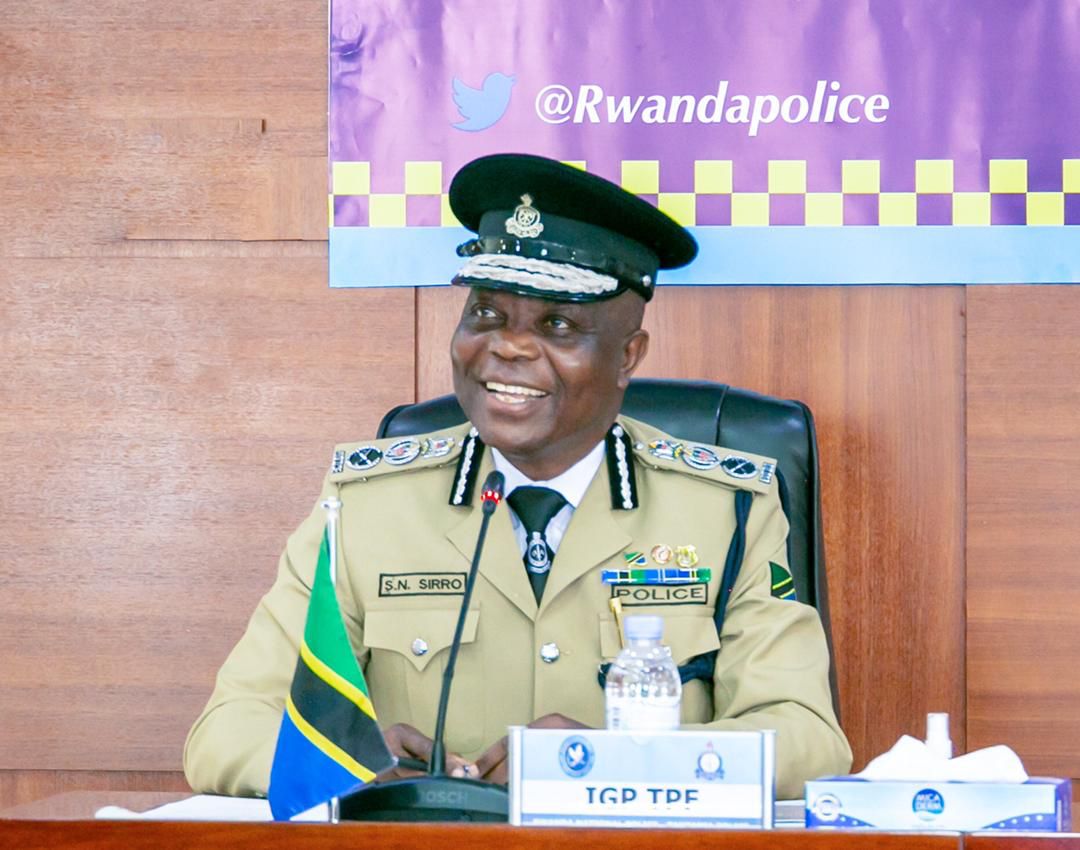 IGP Sirro and his delegation are in Rwanda since Monday for a four-day visit aimed at further strengthening ties between the two friendly Police institutions.

The bilateral meeting followed another one held in Tanzania in May.

While speaking during the bilateral meeting, IGP Munyuza thanked his counterpart for honouring the invitation, which he described as a “sign of mutual trust and existing friendship between our two countries.” 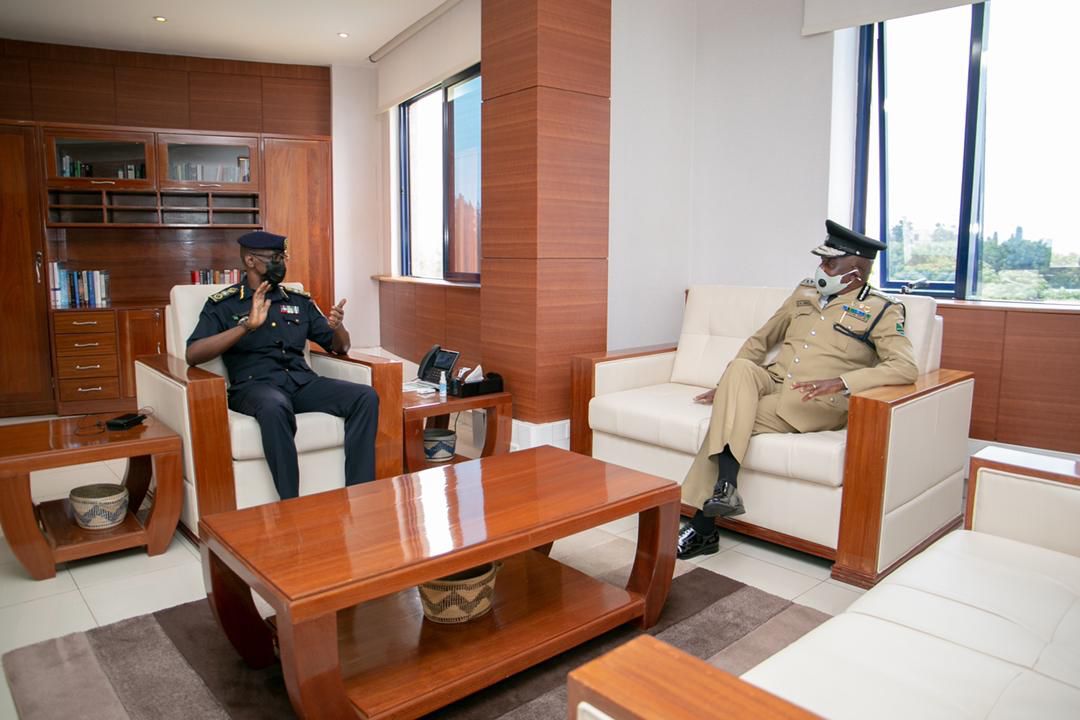 He commended the existing cooperation framework especially in information flow on terror activities in the region and particularly in Cabo Delgado, Mozambique, which lies on the border with Tanzania in the south.

“During the course of the operations against terrorists in Cabo Delgado, in which forces of our two countries are involved, we have collected information on ground, either from captured terrorists or those killed in action, which we have been sharing with you as we endeavour to devise strategies to secure our region against violent terrorists that continue to kill innocent people in our region and make thousands homeless and refugees in their own countries,” IGP Munyuza said. 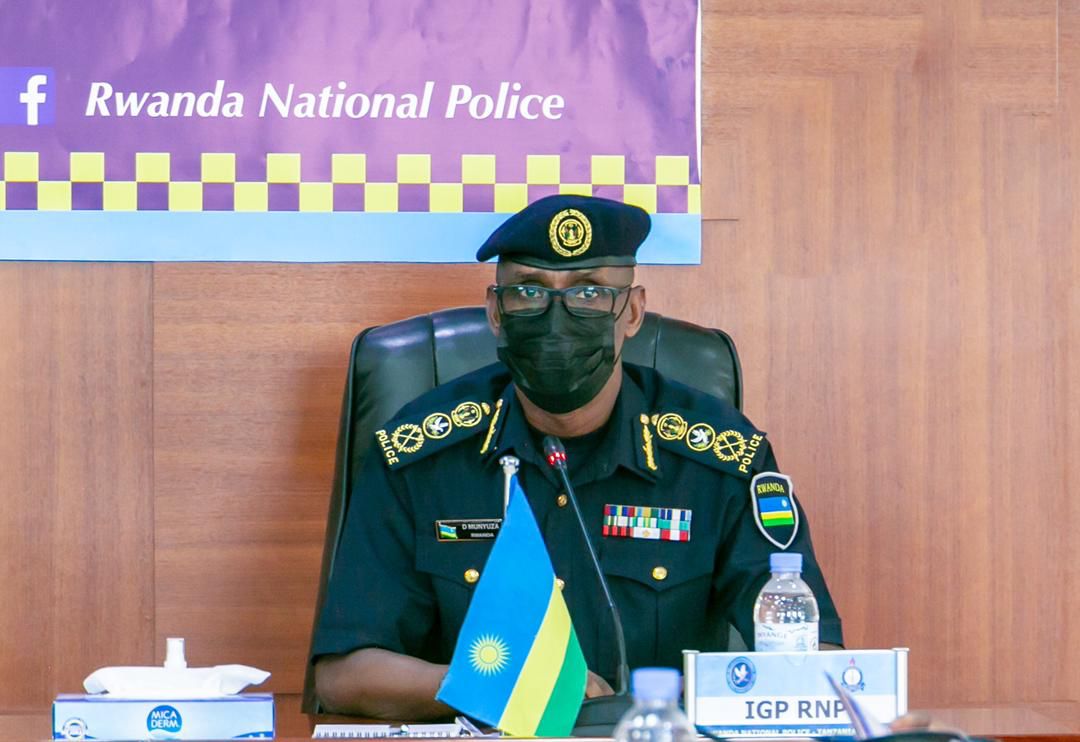 As the terrorists continue to lose ground in Mozambique, IGP Munyuza said, there is need to carefully establish networks in the region and share timely information on their next course of action.

“More than ever before, we need to work together to update our approaches, especially in controlling our borders against movement of radical Muslims and be able to detect movement of likely terror materials in our region. Terrorists fleeing from their hideouts in Mozambique may infiltrate our borders and establish cells in our countries or in neighbouring countries” IGP Munyuza said.
He observed that fighting terrorism is a complex war that no country can defeat alone largely because their recruitment and execution of terror activities is done online and facilitated by technology.

“We are, therefore, compelled to neither give them chances for their networks to develop in our countries nor a haven to use our territories to threaten security in our region. We need to stay a step ahead of the terrorists all the time.”

This struggle against terrorism, he said, should be at the top of the agenda for the Eastern Africa Police Chiefs Cooperation Organization (EAPCCO) to simplify operational information exchange and conduct joint operations against terrorists to address and avoid the gap between terrorist threat and the collective response to defeat terrorists. 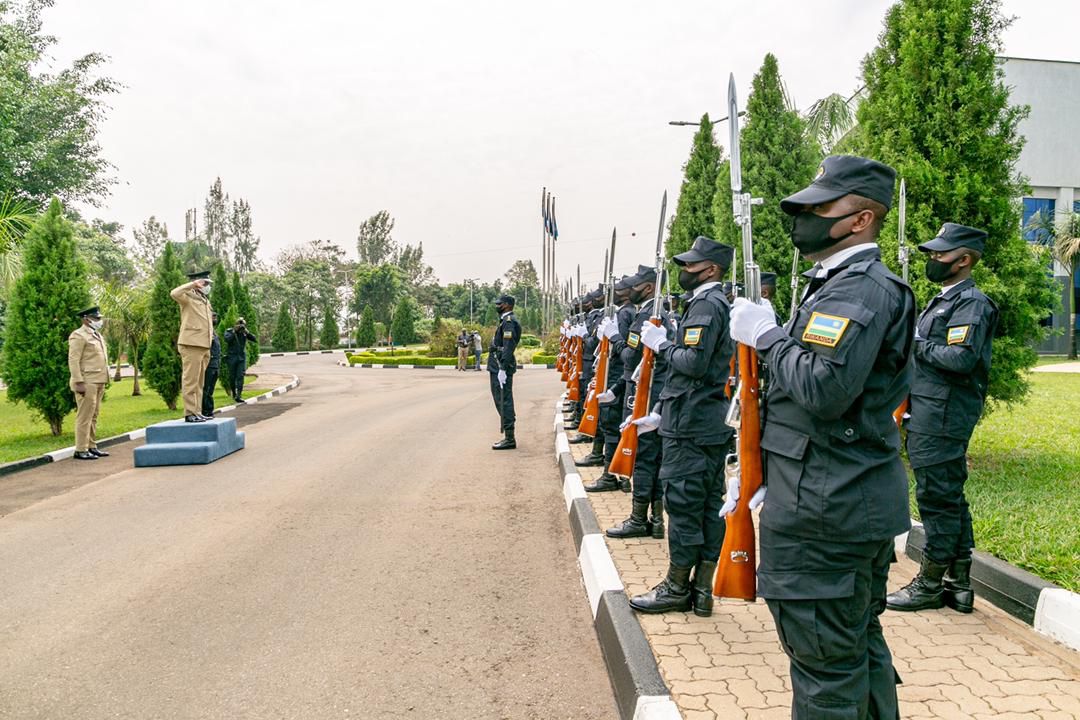 Tanzania is the current chair of the 14-member regional bloc.

“Our cooperation is a testimony to a functioning Police cooperation between our countries as we continue to fight violent extremism and transnational organized crimes. I am sure even criminals are aware that they cannot plan to destabilize Tanzania from Rwanda and/or destabilize Rwanda using Tanzania. Criminals need to constantly hear this message,” IGP Munyuza

On his part, IGP Sirro said: “We have a challenge of terrorism; it is high time we deal with it. We must always be alert. Whenever we get information from Rwanda, we immediately act on it.” 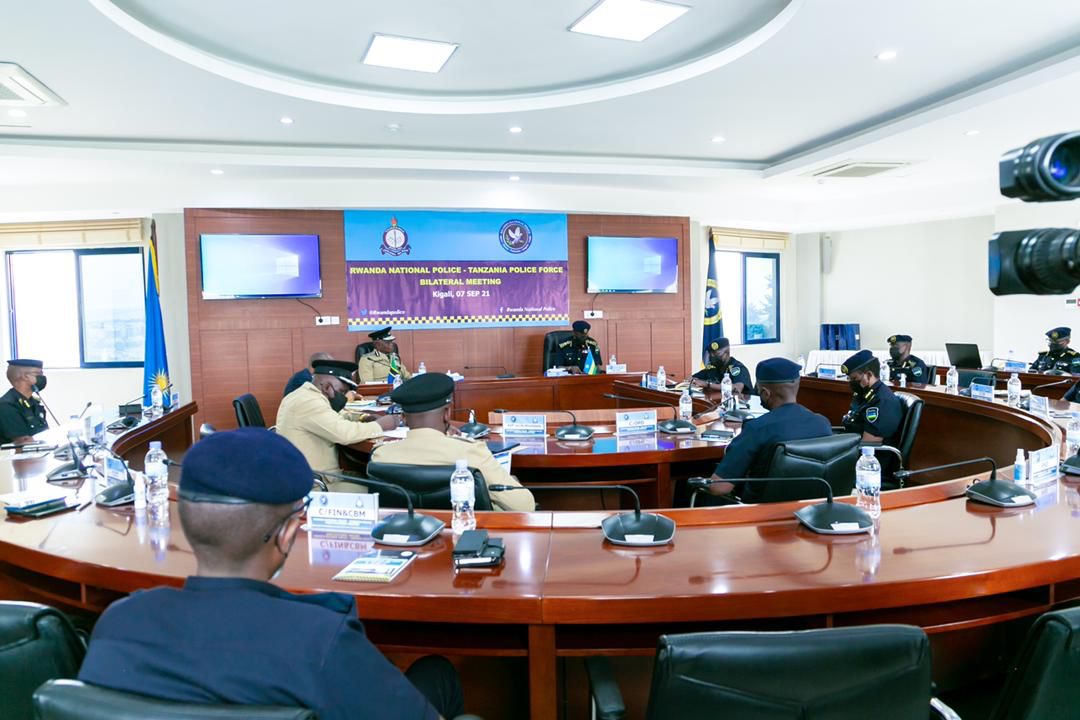