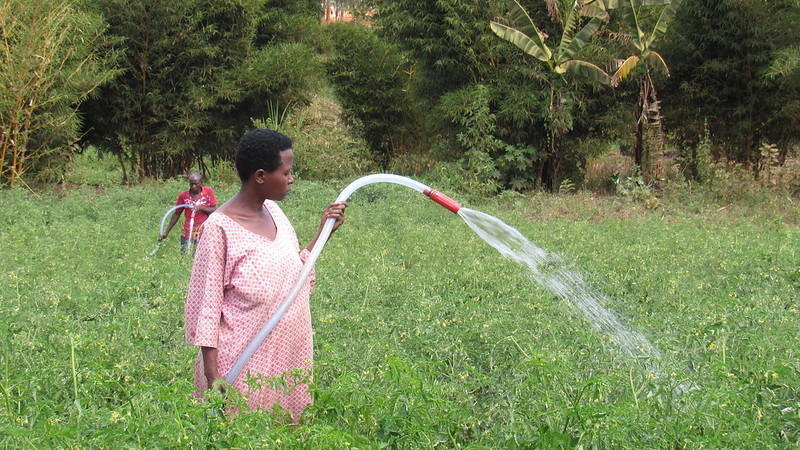 Rwanda is to be “a pioneer country” that will establish a template for disbursing finance to fight climate change.

Together with Fiji, Jamaica, Bangladesh and Uganda, Rwanda will serve as a template for how poorer nations receive funding to adapt their development to climate change.

In 2019, poorer nations received just under $80billion of the $100billion a year, undertaken by industrialised nations.

Accessing this finance has however been slow, complex, requiring yet more resources to get to recipient nations.

To streamline access to the funding, a Taskforce, initially chaired by Great Britain and Fiji, will aim to transform the current system of climate finance.

The pioneer countries will work with the Taskforce to transform access to climate financing, providing, it is hoped, an effective model that can then be rolled out to other nations.

Rather than piecemeal, project based, the new financing process will be more coordinated, and crucially, aligned to national climate change plans and policies.

The approach will vary, depending on the needs of each of the pioneer nations. This will reduce current bottlenecks to accessing finance, including uncertainty, fragmentation and often high transaction costs that have characterised the existing process.

The Taskforce’s work will be highly complex, and calls to be carried out at ministerial level.

This should not be a challenge for Rwanda. The country was among the first to submit ambitious NDCs (National Determined Contributions) to the United Nations, and has an established system where any funding has to be aligned to national policy objectives.

Rwanda committed itself to cutting greenhouse gas emissions to 16% by 2030, rising to 38%, if there is sufficient support, including financing, from richer, industrialised nations. Minister of the Environment, Jeanne D’Arc Mujawamariya, expressed confidence that her country was ready to its part.

“Rwanda is pleased to be part of the of the of the Taskforce on Access to Climate Finance, and we look forward to seeing the transformative changes that are needed to secure the future of our planet. Rwanda has a clear plan of action for responding, and adapting to climate change, and we have the necessary framework to attract both public and private green investment. We look forward to working with the Taskforce to fast track these efforts and achieve our ambitious targets” she said.

The sentiment was echoed by the British High Commissioner to Rwanda, Omar Daair.

“Rwanda has long been a leader in mobilising climate finance, through its award winning Green Fund (FONERWA), which was established with the help of the UK. But we recognise that accessing climate finance can often be slow, complex, or not well coordinated, and so I really excited that Rwanda will now be a pioneer of the new approach launched through this task force. This will help channel investments more effectively into Rwanda’s ambitious green priorities, and will be an important part of the work Rwanda and the UK take forward together to deliver on the promises of COP26.”

The universally welcome Taskforce comes as the United Environment Programme (UNEP), calls for ten times more funding for climate change, than has been promised.

In an uncompromising report, the UN body makes clear that the $100 billion for poorer nations is far short of what is needed.

“Even we were to turn off the tap on greenhouse gas emissions today” said UNEP Executive Director, Inger Andersen, “the impacts of climate change would be with us for many decades to come.”

To adapt to climate change, and protect themselves from the floods, and droughts that are already a feature of climate change, the report says poorer countries alone will need $300 billion a year to 2030, rising to $500 billion in 2050. A far cry from the $100 billion already earmarked.

“We need a step change in adaptation ambition for funding and implementation to significantly reduce damages and losses to climate change. And we need it now” added Andersen.