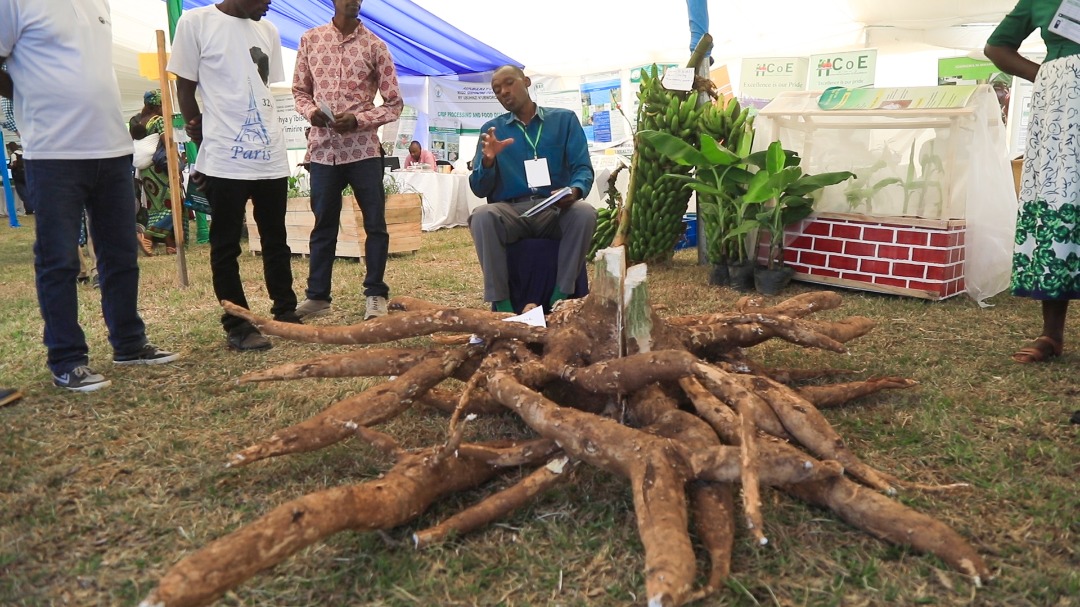 After two years without showing what they do best to the world, Rwandan farmers have returned to Agri show. 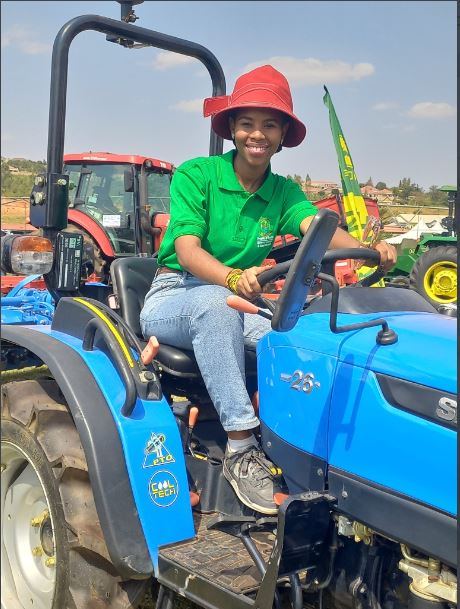 Taking place in Murindi wa Kanombe, capital Kigali between July 6-14, Agri show is an exhibition that intends to make awareness of new technologies, resilience to diseases, opportunities, among other components in the area of agriculture and animal resources.

Exhibitors came from all walks of life, including those involved in animal/poultry feeding, horticulture which comes with several innovations in adaptation to climate change, agriculture mechanization, fighting diseases, and plant nursing to mention but a few.

Also joining are government institutions/programs, cooperatives and institutions that sponsor farmers, defend their cause or support agricultural research and extension services, together with government partners.

In the wake of COVID-19 pandemic which affected their agricultural output and return on investment, farmers can still tell stories of resilience.

Donat Havugimana, a cassava farmer is one of the farmers who defied the odds.

Initially, Havugimana who hails from Rwamagana district had invested in fishing, but he made a u-turn in 2010 when he received training in cassava farming from Rwanda Agriculture and Animal Resources Development Board (RAB). 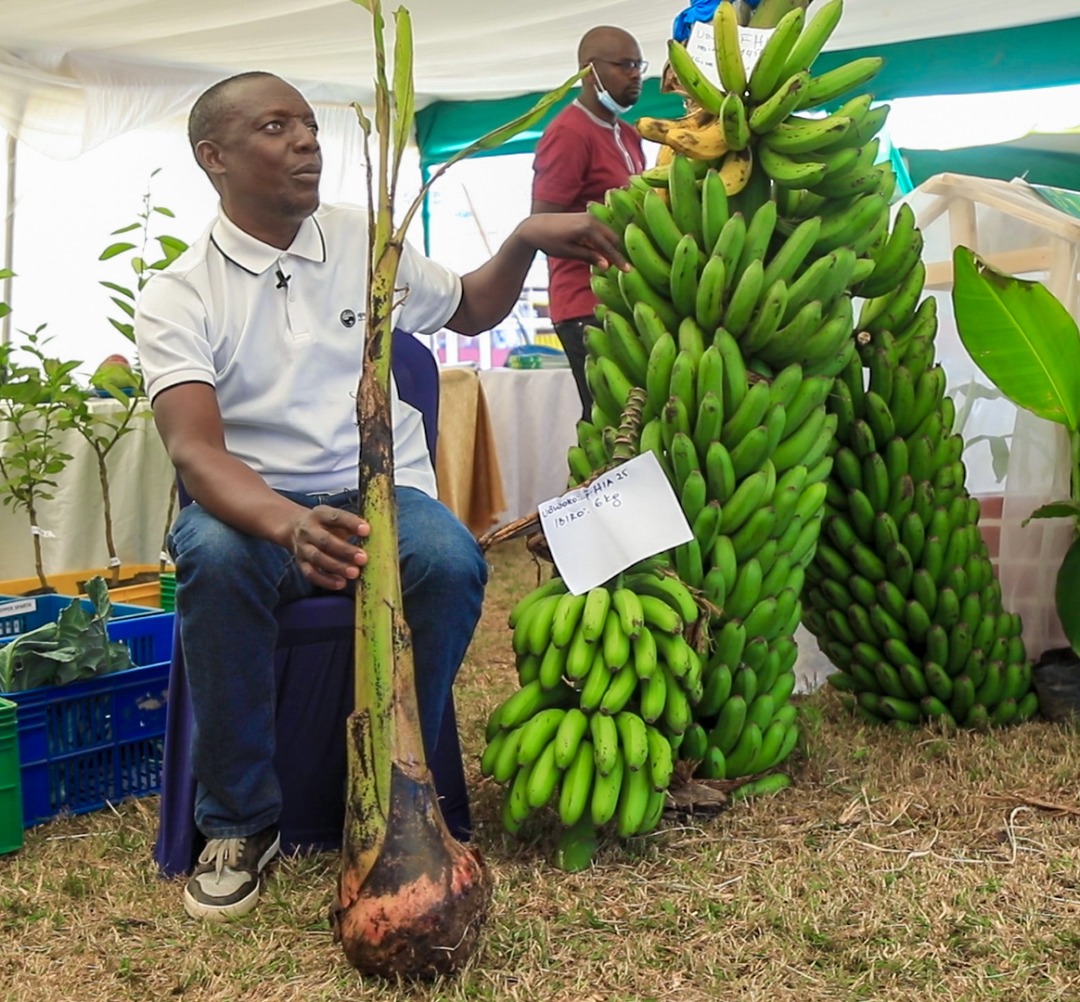 The training included field visit in Karenge sector, Rwamagana district and afterword, he started putting it into practice in his Fumbwe sector. 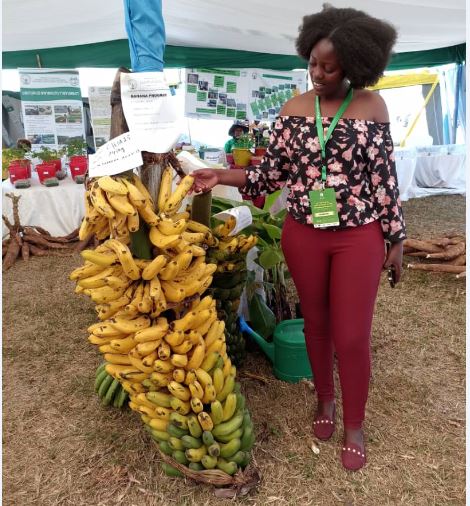 “At the beginning, I did not succeed to my expectations. I joined the colleagues who attended the same training and one of them from Nyamiyaga sector, Kamonyi district was willing to cooperate. We worked together and it paid off,” he said.

Ever since he started aiming to invest in professional cassava farming where one tree can yield up to 150 kilograms.

At 2022 Agri show, he was happy to be on the right path towards his objective.

It is a process that involves light but vital practices that are user friendly for farmers; from preparing the farm, to sanitizing the cuttings and planting and beyond.

They have learnt it all, including the temperature at which to raise the cutting before planting it. They can even precisely indicate to which extent cassava tubers have grown in the soil, which informs the farmer how to add fertilisers.

“I easily earn Rwf 400,000 from my cassava. That’s without counting what we consume at home,” said Havugimana who is barely growing cassava in ½ hectares of land in Kamonyi district.

He still has a challenge of land.

Also making it is Leodomir Ruboneka from Kamonyi dstrict, Runda sector who invested in banana plantation.

Following the training, he has now improved his agricultural output where he grows 145 kilogram banana from 6 kilogam banana previously.

He earns Rwf 1 million annually from his 1.5 hectare plantation.

“In my village, banana transformed our lives; I transferred this technology to my neighbors,” Ruboneka said. 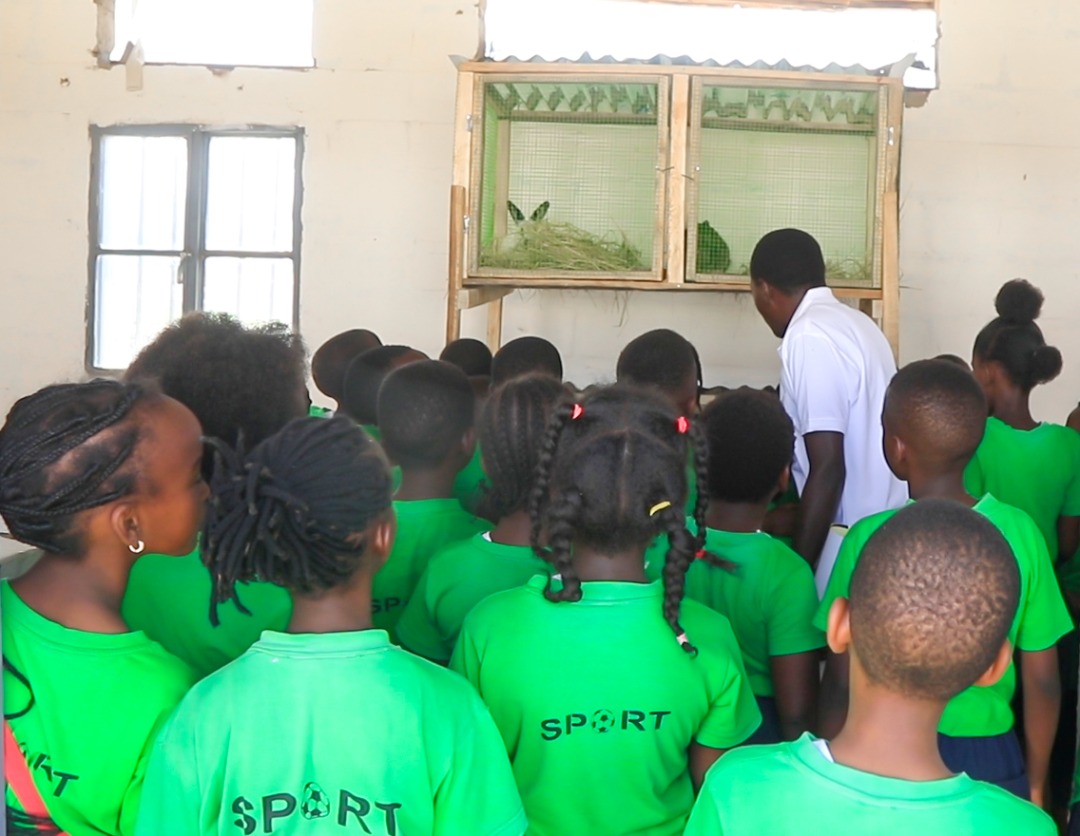 While opening the agri show, minister of agriculture and animal resources development Gerardine Mukeshimana said: “this exhibition is a good opportunity to show agricultural technology progress.”

She said in the last five years, agriculture grew by 50% and contributed 25% to the country’s Gross Domestic Product (GDP). 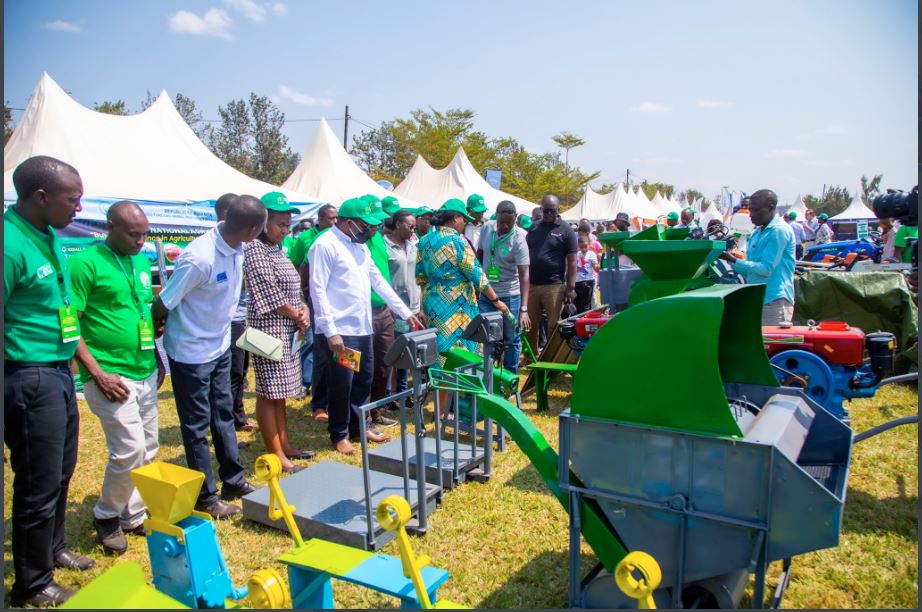