Kwita Izina 2022: How Rwanda Invested Back Rwf7.9Bn Of Tourism Revenues In Developing Communities Near Parks 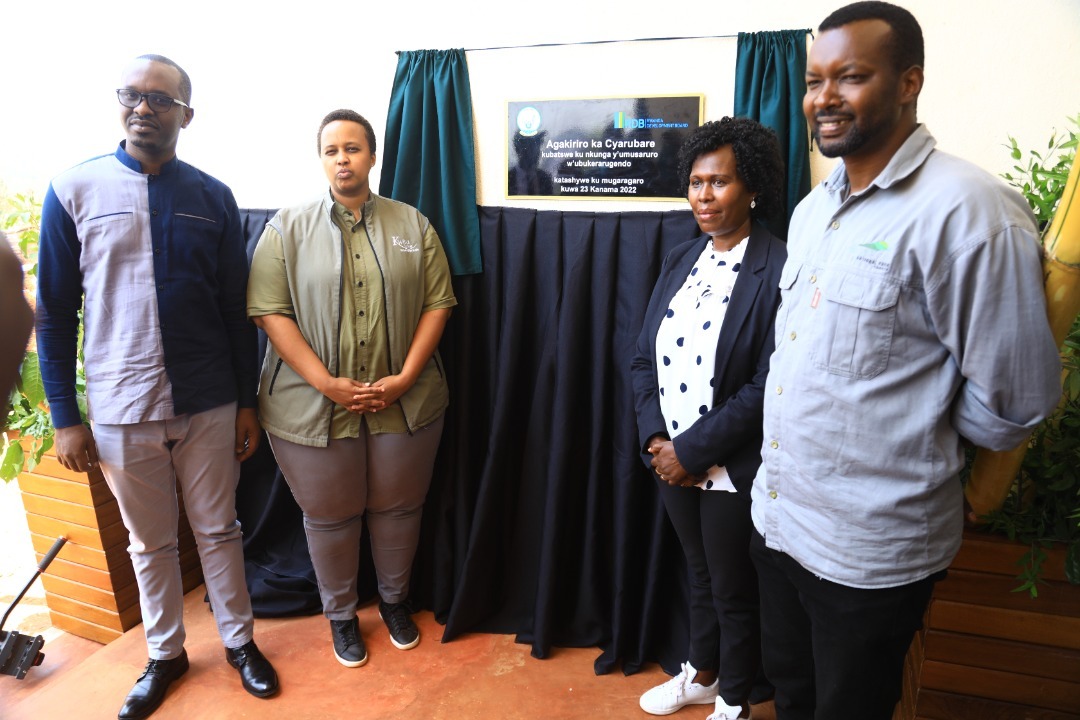 For Tourism and conservation to make sense for locals, every year the Government of Rwanda ensures that a percentage of revenues accrued from tourism are invested in the communities around national parks in order for the people to understand the benefits of conserving nature themselves.

It is an initiative known as tourism revenue sharing which President Paul Kagame has in the past praised for bringing citizens on board in promoting tourism and conservation and also for them to have a sense of ownership of whatever is being done.

Ahead of the 18th edition of Kwita Izina, Rwanda Development Board (RDB) says over Rwf 7.9 Billion has been spent on supporting 880 community-based projects in the initiative under the tourism revenue sharing program.

The initiative is aimed at guiding investment in the areas surrounding the various national parks in the country, whereby the government ensures that 10% of all park revenues is given back to the communities. Since the inception of the program in 2005, the revenues sharing increased from 5% to 10% this year.

This year’s activities were launched on the peripherals of Akagera National Park, in rural Cyarubare Cell, located in Kabare sector, Kayonza District, in Eastern Province, where a modern artisanal market built with tourism revenues, was unveiled.

It will give an opportunity for residents to engage in various income generating activities including tailoring, carpentry and welding. It is expected to be a selling point for the furniture materials in the entire eastern province.

“We now have an address, where buyers can find us. This means the sales are going to increase,” Faustin Iyamuremye, a welder, said. 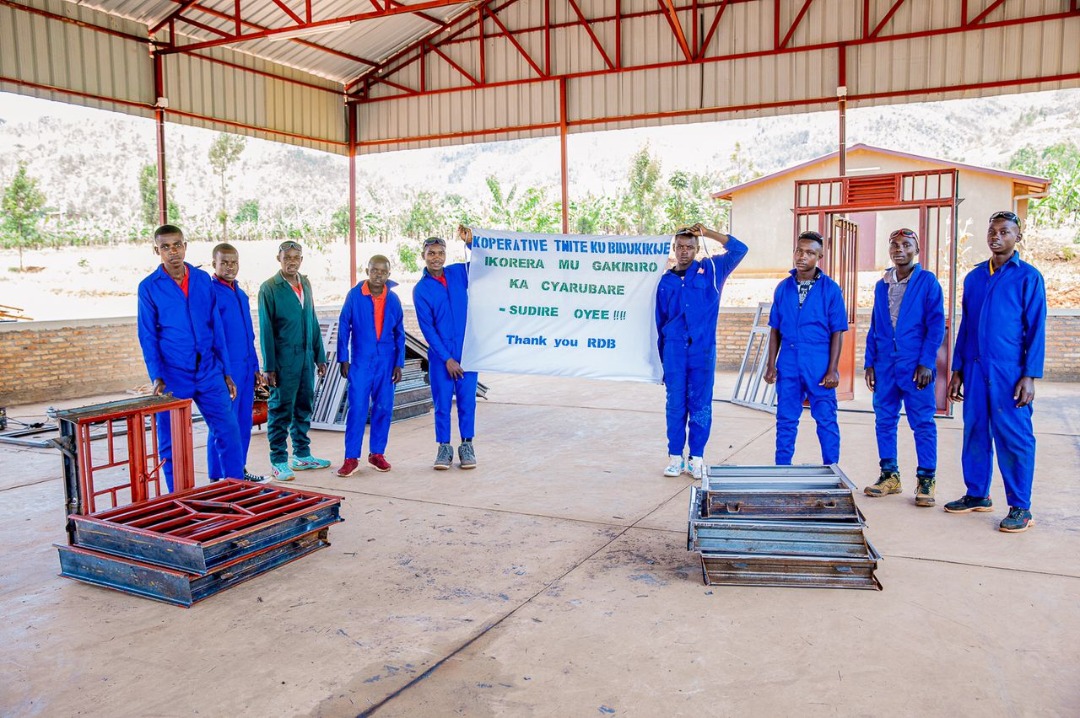 Iyamuremye and his colleagues will be using their vocational skills to make money thanks to the project.

The market is among other 72 community-based projects where the government plans to spend Rwf2.6Billion tourism revenues. The move aims to support development communities in neighboring parks, with some who were hunters, but refrained from the illegal activity.

“We will continue sharing tourism revenues and supporting community development. There are our parks and conserving them is everybody’s role and profit. This is what we chose as our country,” said Ariella Kageruka, Head of Tourism and Conservation Department at RDB.

“Today, we celebrate the recovery of tourism after Covid-19 pandemic. The move to support community-based projects will continue. To conserve nature should be a collective responsibility,” she added.

This year, more community projects will be availed including extending clean drinking water to communities, health centers, markets, among others. 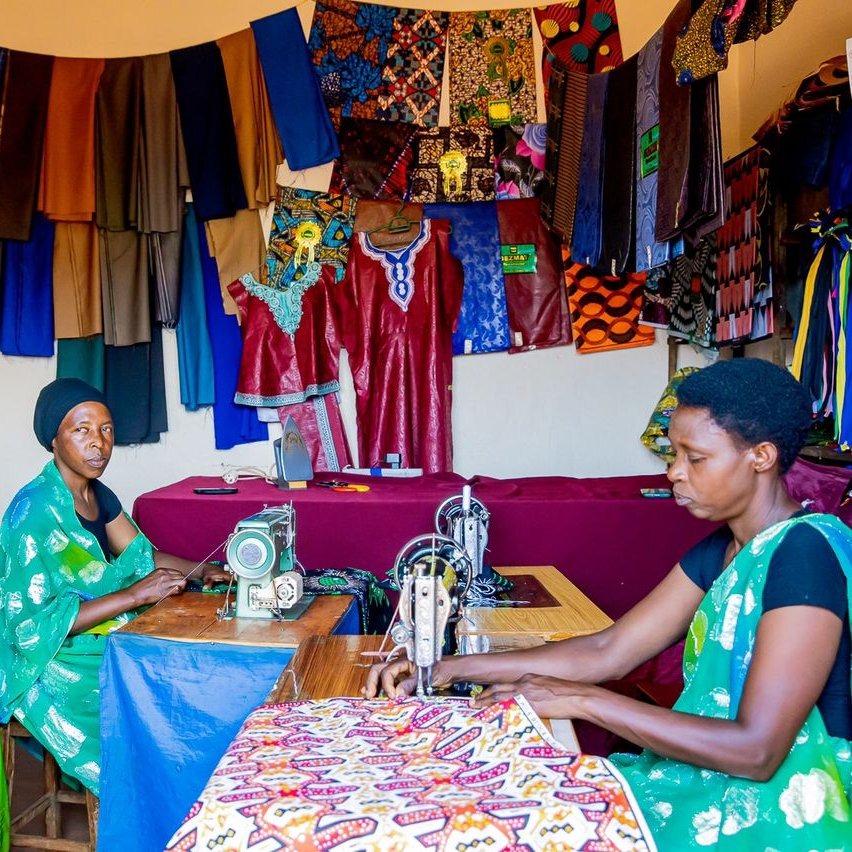 A tailoring workshop is part of the artisanal market launched this week.

The launch of Cyarubare market was also marked by Rhino Velo Race, a cycling event that members in the local community have been cheering for since the return of the rhinos to Akagera in May 2017.

Hundreds of people, of all ages, line up on the sides of the roads around the park to cheer on the cyclers with local bicycles. While this is intended to be fun and enjoyable, with prizes for the winners, it also creates awareness of the importance of having the rhinos in Akagera Park.

The local cyclists competed in the 35-kilometer race on a dusty road. 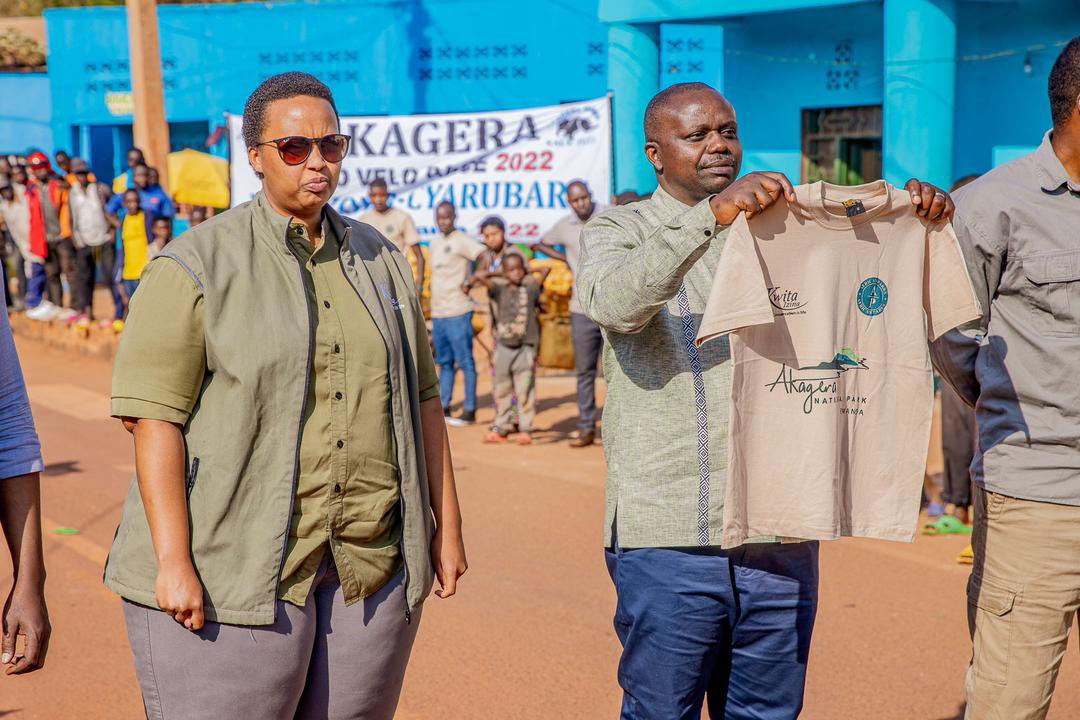 Kageruka and the Vice Mayor in charge of social affairs, Kayonza district, Jean Damascene Harerimana, flagged off the cycling race.

The activities are also part of the bigger upcoming annual event locally known as Kwita Izina. This year’s Kwita Izina or Gorilla Naming Ceremony will be held on September 2, in Kinigi, Musanze District, after two years of virtual ceremonies due to the COVID-19 pandemic.

The 18th edition of Kwita Izina will ensure a safe return to the foothills of Volcanoes National Park, joining the communities living around the home of the endangered mountain gorillas in the ultimate celebration of nature and conservation.

According to Ariella Kageruka, this year’s celebration will showcase Rwanda’s conservation efforts, including the need to expand the habitat of the mountain gorillas.

“This year we celebrate the gains made in our conservation efforts, notably the increase in our gorilla population and the partners and communities who actively participate in the daily conservation and sustainability efforts to ensure a harmonious human-wildlife coexistence,” she told the media this week. 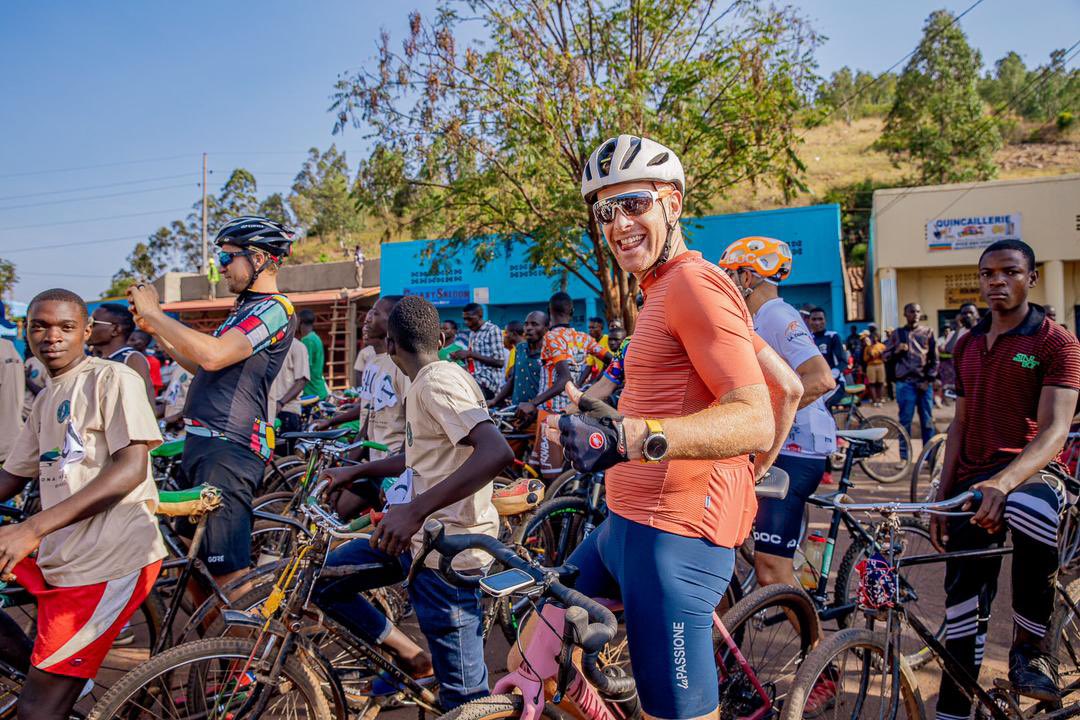 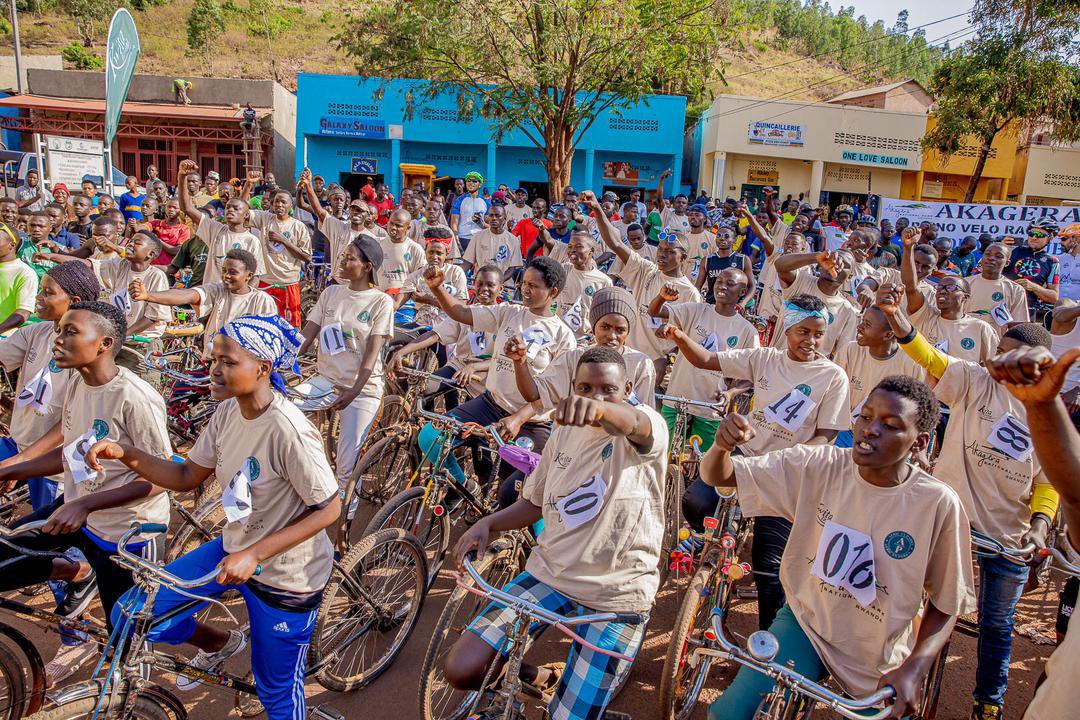 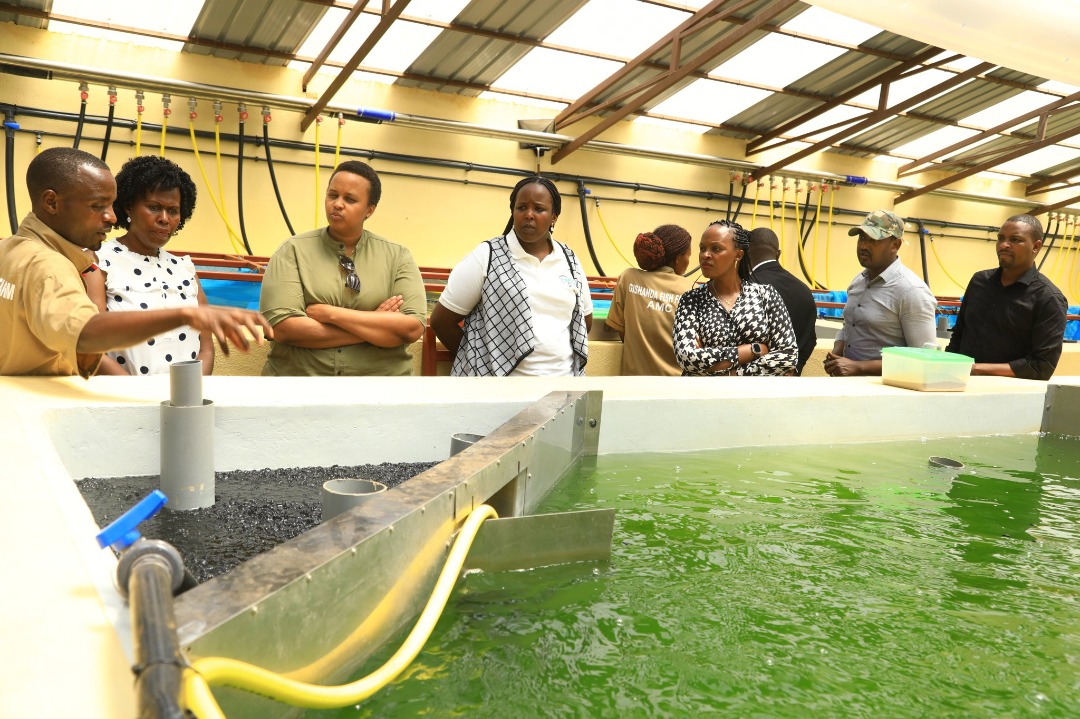 A modern fish farm, an artisanal market, teachers’ hostels and an abattoir are some of the community projects handed over to locals.

As part of the tourism revenue sharing efforts, park wardens of Volcanoes, Nyungwe and Gishwati National Parks handed over cheques to district officials. The money will be invested in community projects. 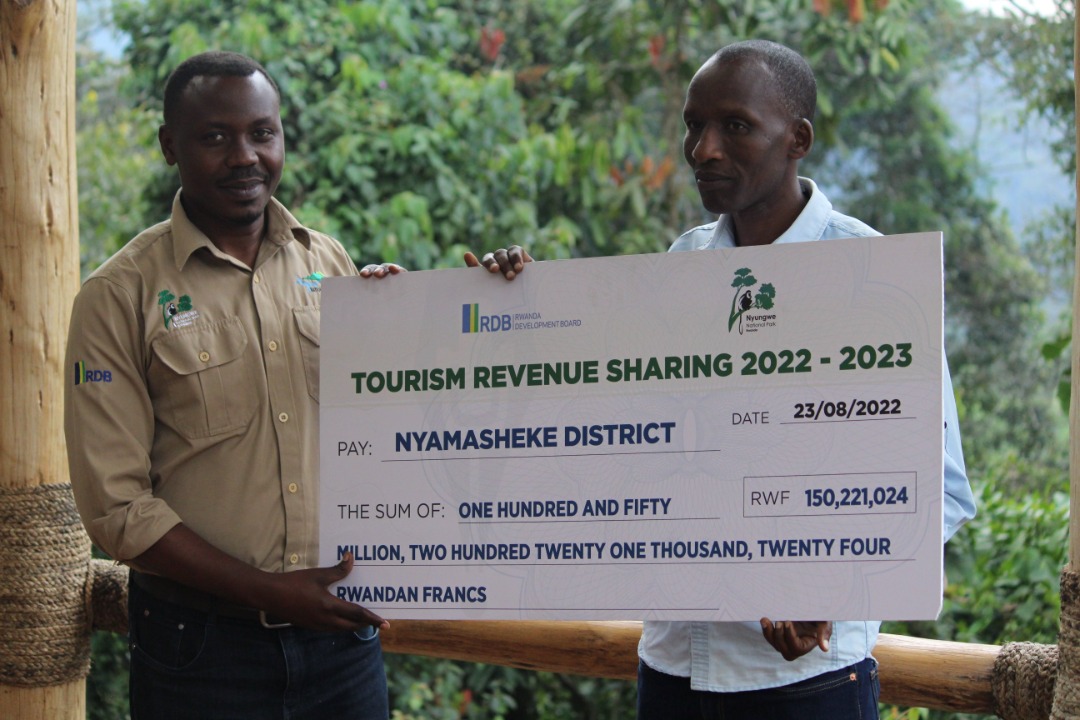