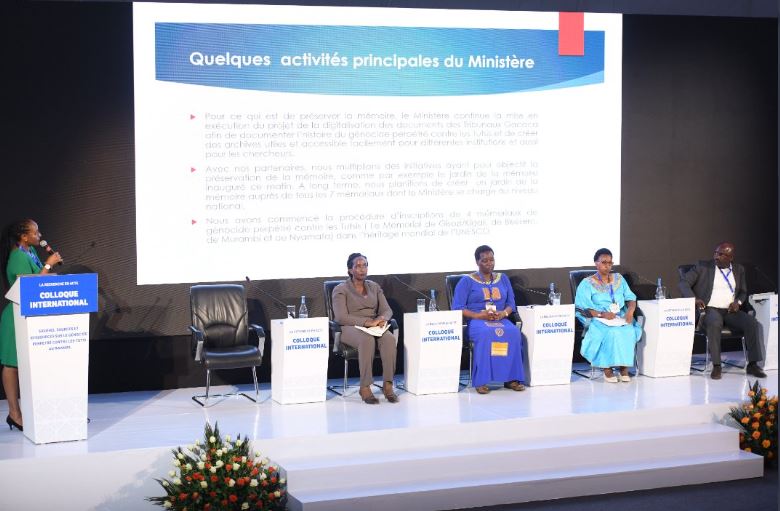 Almost thirty years after the 1994 genocide against Tutsi, and an ambitious exercise begins, to explore what is now known about it, the information available, or that should be available, and what directions researchers might look now, and in the time to come.

The nine day discussions, titled, “Knowledge, Sources and Resources, on Genocide against the Tutsi” are organised by the Ministry of National Unity and Civic Engagement (MINIBUMWE), the University of Rwanda, and Professor Vincent Duclert, who chaired France’s commission on France’s role in the Rwanda genocide, signing off on what we now know as the Duclert report.

The knowledgeable participants, include academic researchers, activists, lawyers, and others with an understanding of how the genocide was planned, and executed, including survivors. Although it leans heavily towards Rwanda and French participants, the colloquy can, with some justification, claim to be the first major international discussion of its kind, on the genocide..

For Professor Duclert, the discussions are a continuation of the commission, and the report that bears his name. The commission he says, felt strongly, that the research should continue in Rwanda, in conjunction with the research that is already going on.

“First of all, I want to express my emotion to be here, at the Gisozi genocide memorial, my emotion is very high, because in a short time, we’ll open a very important international conference. Of course, my thoughts go to the victims, and the survivors, of the genocide against the Tutsi, and for Rwandan people as a whole, because the truth is essential for the dignity, for the wellbeing of the entire nation” he said.

The project is not lacking in ambition. Professor Duclert hopes that it will be a foundation for researchers on the Rwanda genocide of the Tutsi, globally, but with its centre in Rwanda.

In looking at the knowledge, sources and resources, available, he seems to want to almost to almost begin on first principles, emphasising primary sources.

Existing reports, including the Muse and Duclert reports, will be one of the areas discussed. And he wants to go back and look at the origins of the genocide.

“This is the main question, the failure of humanity, how this terrible genocide that could have been stopped, was not stopped.”

Much has of course been done to answer this, and other questions, but Duclert seems to feel that it needs to be done in a more comprehensive way, bringing the community of researchers together, to explore further areas of research, and the direction of that research.

The work will include 100 hours of filmed lectures, which Duclert would like to be an education tool for researchers, education institutions, and a source of information, for everyone from civil society, to policy makers.

He hopes that the end of the nine days, will be a beginning, of this new Rwanda centred research project, on the genocide. The discussion will continue in Paris next year.

The colloquy begins in Kigali, then moves to Huye, and return to Kigali, for the last three days of work.

For anyone wishing to follow it, it will be streamed online.