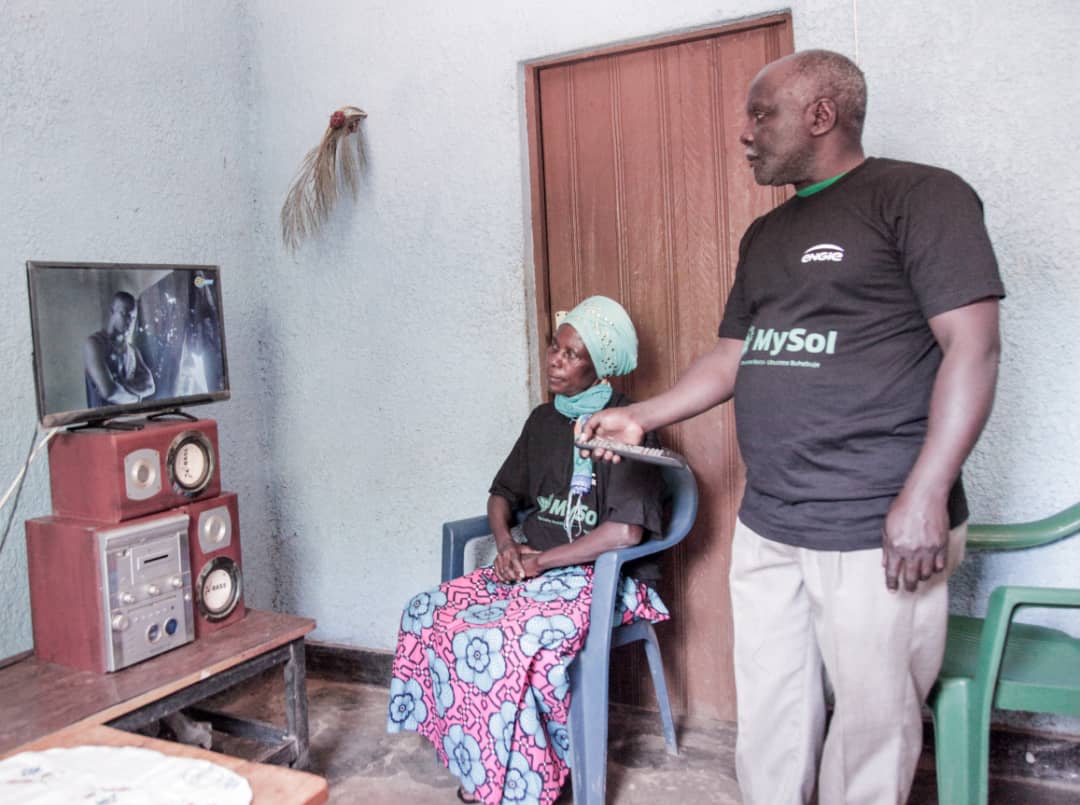 Rwanda will next week host the 7th edition of the Global Off-Grid Solar Forum and Expo (GOGSFE) in Kigali city from 18th to 20th October 2022, attracting over 800 delegates from 50 countries.

The Forum will be co-hosted by Rwanda’s Ministry of Infrastructure in collaboration with the World Bank Group’s Lighting Global Program and the industry Global Association for Off-grid Solar Energy (GOGLA).

KTPress takes a look at how the uptake of solar energy (Off-grid) and how it has impacted the lives of Rwandans who are not connected to the National grid as the country eyes attaining the 100% electricity for all by the year 2024.

Rwanda Energy Group latest figures announced in August 2022 shows that, to date, the country has registered a commendable progress in terms of electrification whereby 73% of the households are currently connected to electricity.

Contribution by the off-grid solutions is estimated at 23%, while the remaining 50% accounts for on-grid electricity.

The 5th Integrated Household Living Conditions Survey (EICV5), the survey shows that 75 percent of off-grid households spent less than $1.67 per month on lighting and telephone charging.

Solar energy users in Runda Sector in Kamonyi district, testify to benefits of using solar systems in their area which was supposed to be connected to the main grid but in vain.

Subsistence farmers Jean Bosco Munyakazi and his wife are residents of Gihara cell, Runda sector, used to watch TV and listen to radio using a charged battery which doesn’t last a week, meaning that he had to walk to the nearest center in Nyabugogo to recharge.

Gihara trading centre is yet to go on the grid.

“This was hectic and expensive in time and cost of charging but I had no choice,” Munyakazi says this changed when he purchased a generator but later had to upgrade a MySol solar panel (100watts) to be able to light more than two lights and watch TV longer.

His wife Consolata Nyirahategikimana says that besides lighting their three roomed house having solar energy has improved security in her village because they have lights outside and around the house which prevents thieves who used to come and steal her crops and animals from the kraal.

Most of their neighbors have BBox solar and though they regret having made the choice to buy this model on the market they are also happy they can light a house and only wish they had the financial ability to afford other powerful solar panel models on the market.

Though through private sector players, the Government provides subsidies covering 90% and a citizen pays 10% for over three years, some citizens say they cannot afford taking this financial venture.

“We would like to have solar but we have no daily incomes,” Christina Mukaminani, a female casual laborer said.

For instance, Jeanine Murakatete says that she doesn’t know or has never heard of the government solar energy subsidy program where a citizen can get a solar package and pay only 10% in three years.

“We need to be given information and education on the available opportunities. We just heard of the subsidies but without details,” Murakatete said.

Jeanine Murakatete says that she doesn’t know or has never heard of the government solar energy subsidy program.

Though some residents cannot afford solar panels or lack information, the uptake of solar energy In Runda sector has changed the business environment and trade in the area with small business mushrooming in the area that has been waiting for a whole year to be connected on the main grid.

The main grid poles can be seen standing along the main feeder road connecting homes, and citizens are no longer bothered about electricity costs to the extent that some shops don’t turn off their solar powered lights mounted on their retail shops and hair saloons during day.

This unlimited access to solar energy has given youths the opportunity to create small income generating businesses due to the availability of a range of solar system.

Currently suppliers like MySol, the largest supplier in the country is selling solar home systems from 10W, 20W, 50W, 120W, 200W to any size depending on the customer energy needs from just lighting to productive use systems.

Jean de Dieu Niyomugabo, who was unemployed saw an opportunity in this and opened a saloon business in the area and many other young men have opened more saloons to create jobs and incomes. 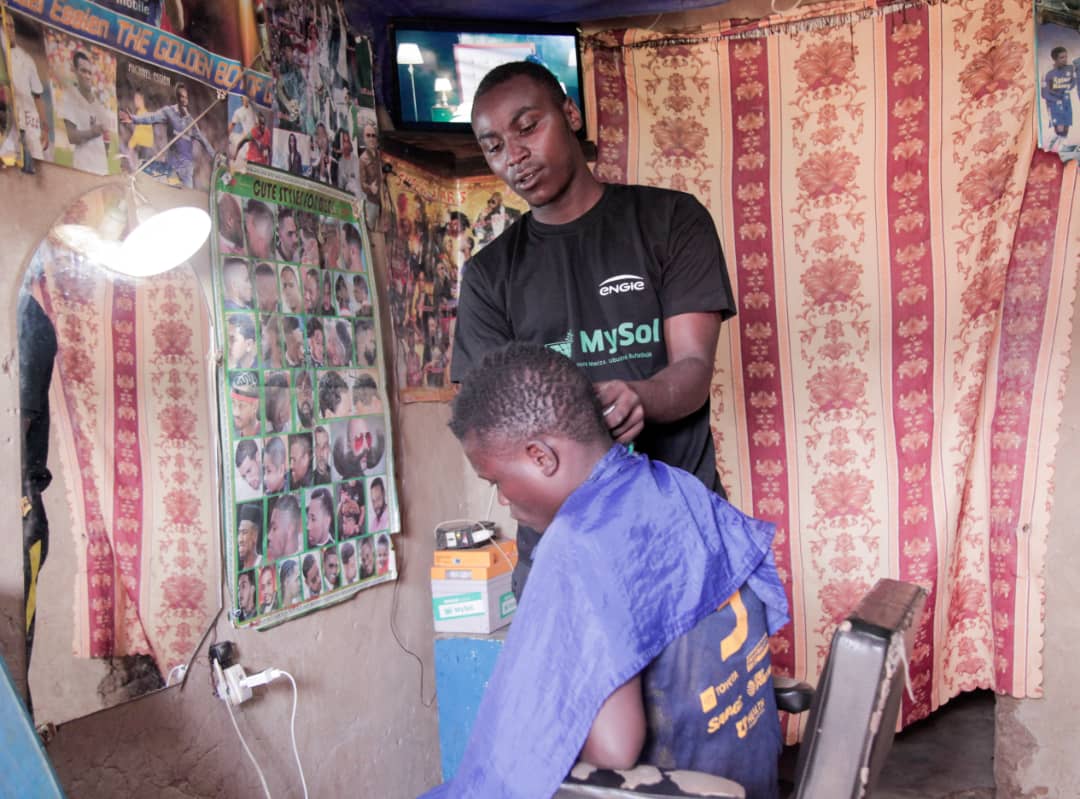 Private sector players like Engie- a global company that supplies MySol solar gadgets say the solar business in Rwanda is profitable but one of the challenges is the financial stability for some households and they are proposing flexible payment plan to accommodate many.

Energy Private Developers (EPD) a private sector energy organization says that they are working on increasing more investment in the local market to address the current challenge.

“We have about 35 solar companies and the plan to increase more investments will enable us attain the 2024 targets but we need to increase access to information on solar products and services,” said Serge Wilson Muhizi, the EPD Membership Coordinator.

Aletta D’cruz, the GOGLA Communication Manager said that the Global Off-Grid Solar Forum and Expo is coming to Rwanda because of the progress made in energy access but also expose the country to more investors.

D’cruz said that one of the sector challenges to be addressed includes financing and how the off-grid sector fits in the climate agenda to reduce the impact of climate change.

Residents of Kamonyi say solar energy has transformed their lives in many ways.