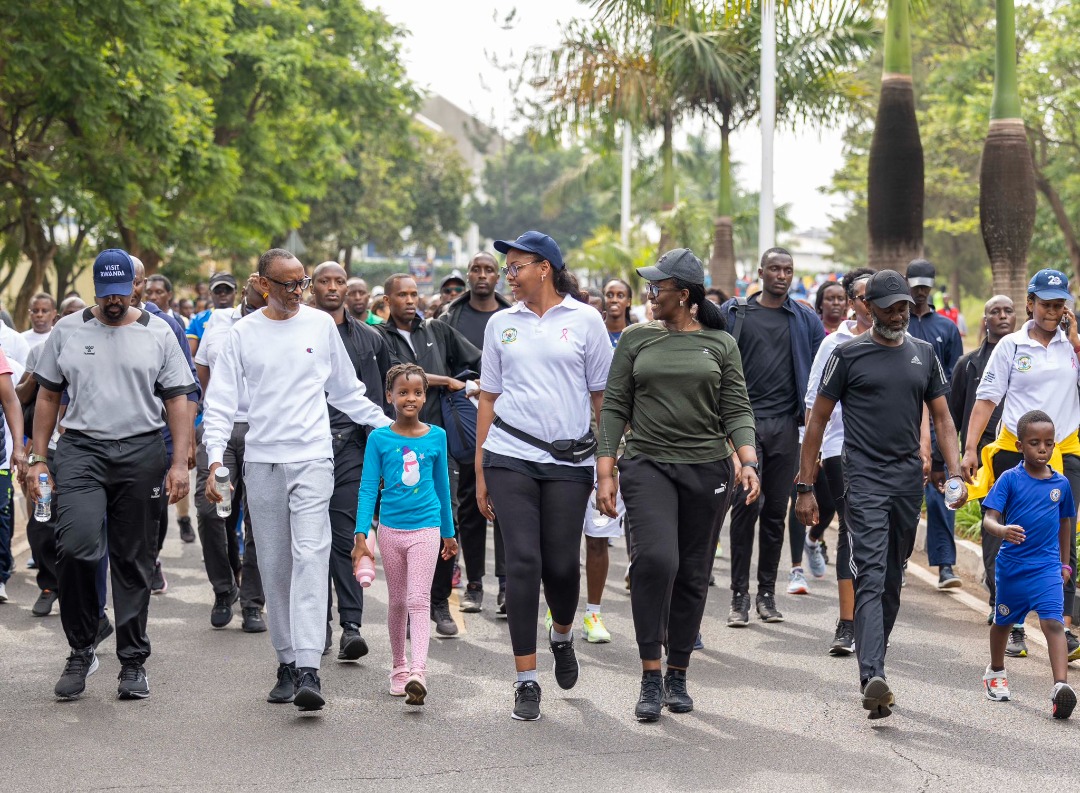 President Kagame and the First Lady Jeannette Kagame were joined by Gen. Muhoozi and the Minister of Sports Aurore Mimosa Munyangaju for the Car Free Day walk.

President Paul Kagame and the First Lady Jeanette Kagame joined other citizens to participate in the Car Free Day that coincided with the International Day Against Breast Cancer.

CarFreeDay is a mass sports event that takes place twice a month and serves to make Kigali a green city while promoting a healthy lifestyle. It was first introduced in 2016 as a method to provide areas for people to walk, unwind, and breathe clean air on Kigali’s streets.

The Head of State was also joined by several ministers and Gen Muhoozi Kainerugaba, Uganda’s first son and Senior Presidential Advisor in Charge of Special Operations, who is in Rwanda for a private visit. 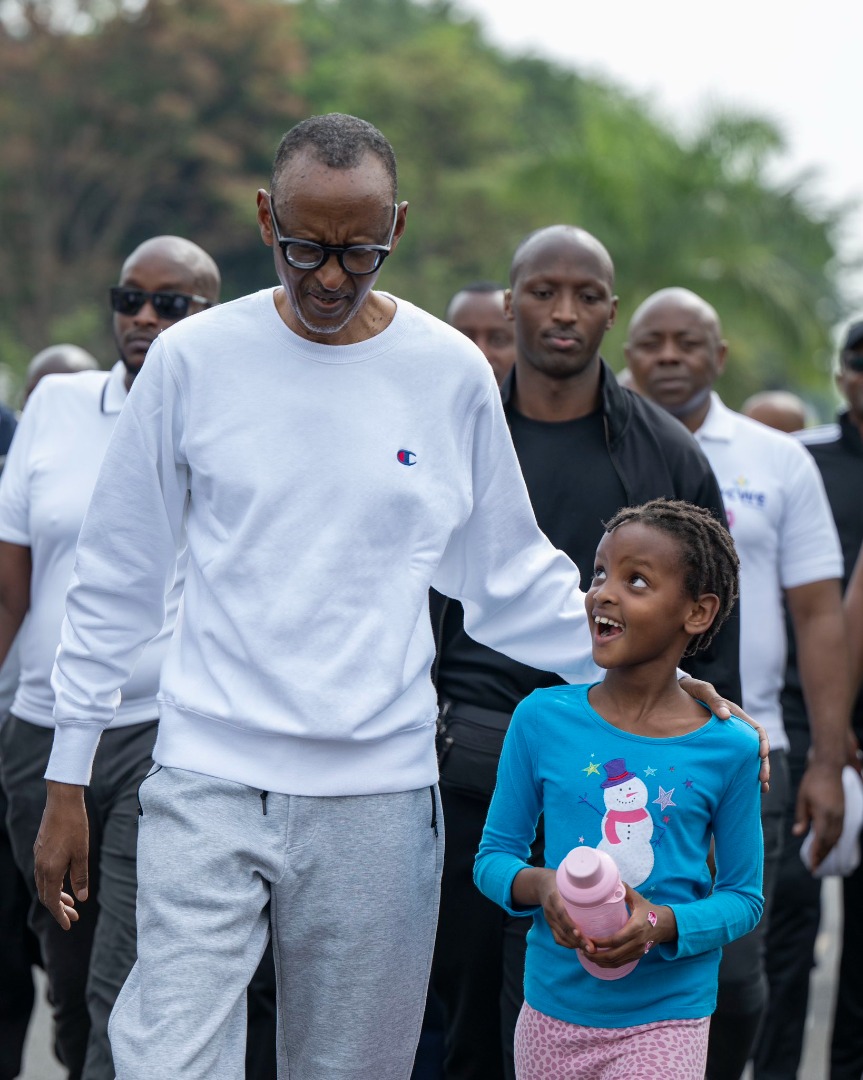 President Kagame interacts with a child during the walk.

This morning, President Kagame, First Lady Jeannette Kagame were joined by General Muhoozi Kainerugaba for the bimonthly #CarFreeDay where thousands across the city use the streets of Kigali to exercise while preserving the environment. pic.twitter.com/2gcjwgcWpB 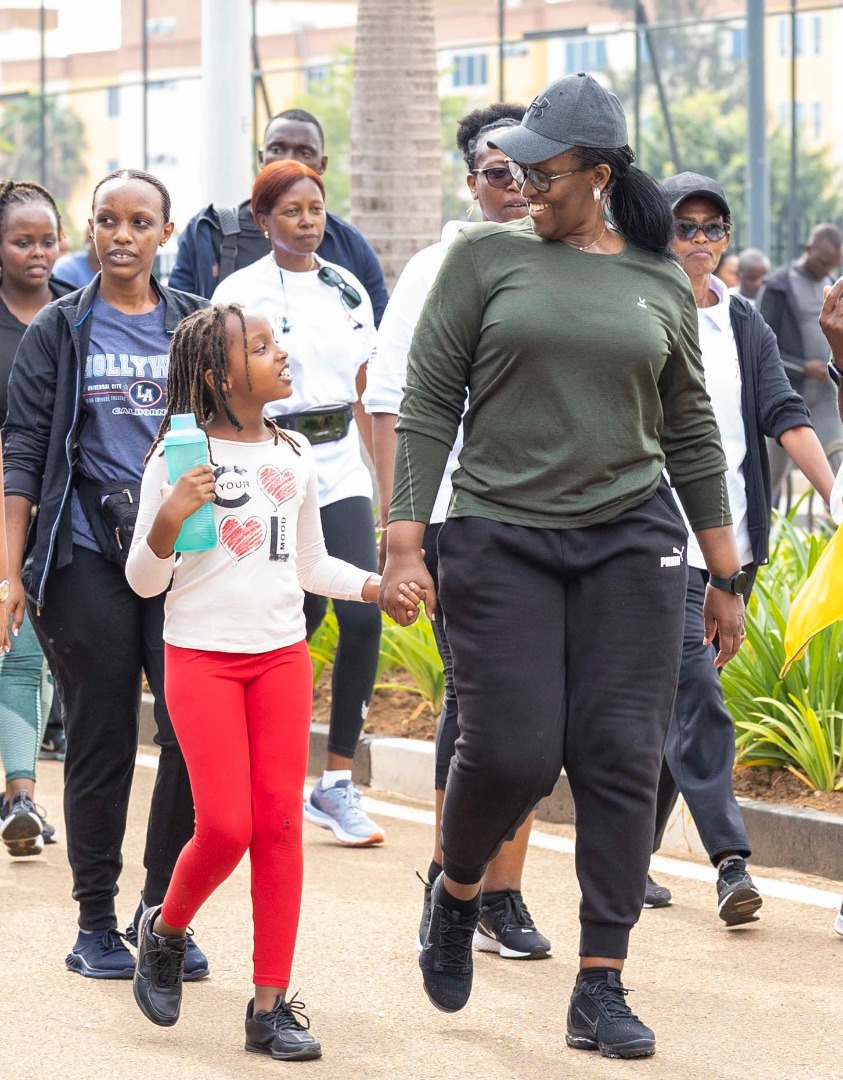 The First Lady interacts with a youngster.

President Kagame was joined by Gen. Muhoozi and his delegation in the walk.

On Sunday, Rwanda joined the rest of the world to mark the  Breast Cancer awareness month. Celebrations were coupled with the Car Free Day where women and girls were screened for breast cancer using breast clinical examination.

Every year, on October 19, the World Health Organization (WHO) celebrates breast cancer day with the aim of raising awareness and promoting women’s access to timely and effective controls, diagnoses and treatments.

In Rwanda, the day was marked with a breast cancer day walk that started from BK Arena to Kigali heights, the distance that covers approximately three kilometers.

This year’s theme dubbed “close the care gap” targets to understand the inequities in cancer care and taking actions to make the necessary progress to address them.

“People should know that breast cancer is available, it kills and they should be able to see the early signs and symptoms for early treatment. At least, females over 30 years should go for health checks once a month. It also attacks men, but cases are few when you compare them with women,” Dr. Daniel Ngamije, Minister of Health said. 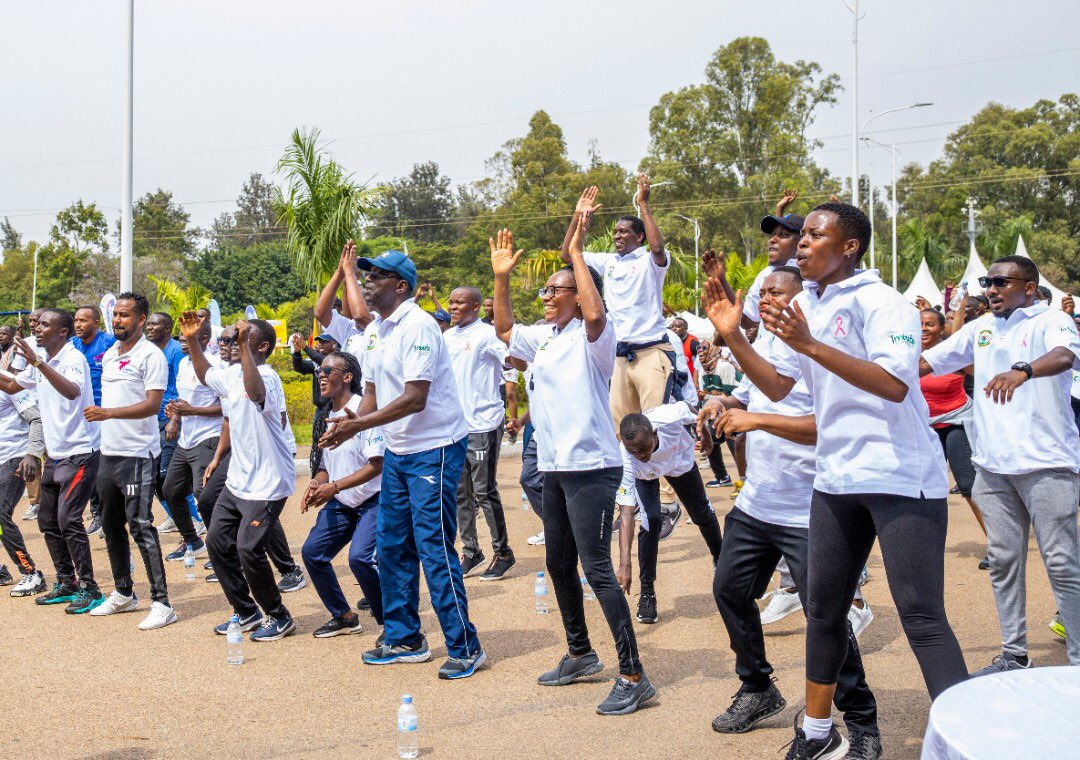 The Minister of Health, Dr. Ngamije and the Minister of Gender and Family Promotion, Prof. Jeannette Bayisenge (middle) joined citizens in the Breast Cancer awareness exercise.

“You can also do self-check by examining your left breast for lumps, knots, thickened areas and other unusual changes,” Dr. Ngamije added.

According to Dr. Ngamije, Rwanda receives an average of 650 breast cancer patients every year. Among these cases, only 30 are males. 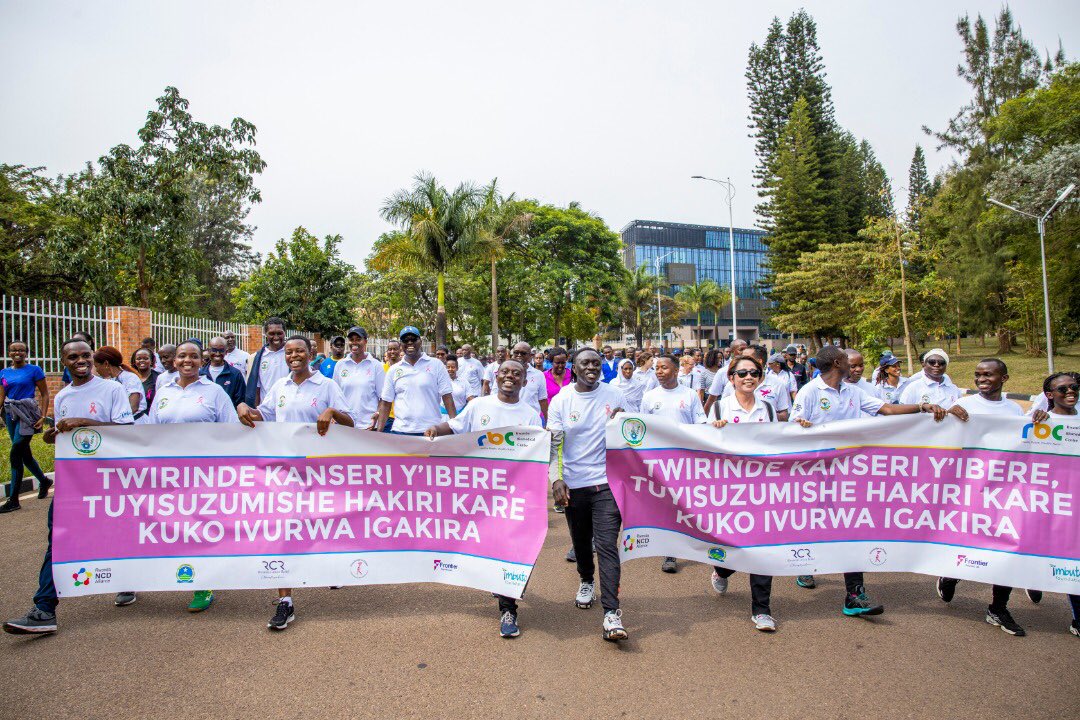 The march against Breast Cancer

According to World Health Organization, certain factors increase the risk of breast cancer including increasing age, obesity, harmful use of alcohol, family history of breast cancer, history of radiation exposure, reproductive history (such as age that menstrual periods began and age at first pregnancy), tobacco use and postmenopausal hormone therapy.

However, doing the following could lower the risks; Keep Weight in Check,be Physically Active,eat Your Fruits & Vegetables – and Limit Alcohol (Zero is Best),don’t Smoke, breastfeed, If Possible, avoid birth Control Pills, and Particularly After Age 35 or If You Smoke.

Other prevention measures suggested by doctors are avoiding menopausal hormone therapy and Tamoxifen and Raloxifene for Women at high risk. 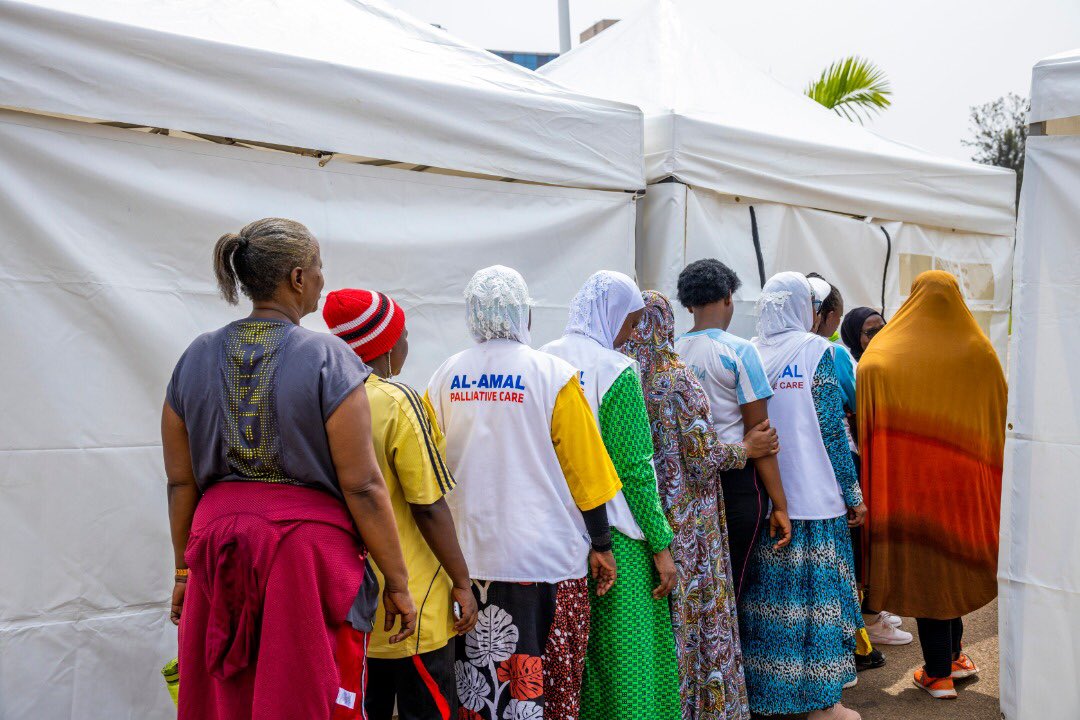 Women and girls were screened