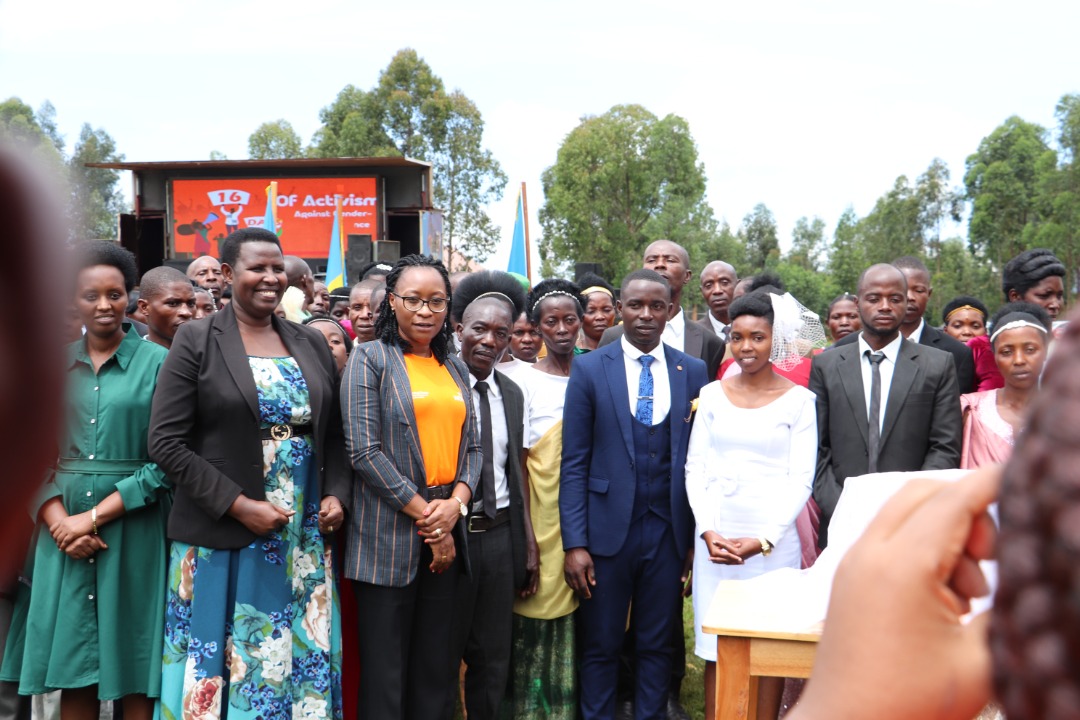 Minister Bayisenge and other officials join couples who legally tied the knot to formalise their marriages on the day to start 16 days of activism against GBV in Nyamasheke district.

Rwanda on Friday joined the rest of the world to kickstart 16 days of raising awareness against Gender-Based Violence (GBV), which in recent years has been on the rise, with a call to end all forms of violence against any gender.

The campaign, which  started on November 25, coinciding with the day the world observes the International Day for the Elimination of Violence against Women and Girls, and runs until December 10, comes at a time when the Ministry of Gender and Family Promotion is saying that the past 5 years have seen a significant increase in gender and domestic- related violence.

This year’s theme is “UNITE. Build a Violence-free Society” recognizes the key role of women’s rights movements in preventing and eliminating Violence Against Women and Girls (VAWG) at the same time seeking to mobilize more people to show solidarity and support to end VAWG at a time when we are facing pushback against women’s rights.

At the national level, the campaign was kicked off in Kagano sector, Nyamasheke district, in Western Province where the Minister of Gender and Family Promotion, Prof. Jeannette Bayisenge called for everyone’s involvement in efforts to eliminate violence which she said affects the victims, perpetrators and the country in general.

“This year’s theme reminds us that everyone has a responsibility and a role in protecting themselves, as well as others from any kind of violence, because GBV affects the victims mostly but also the perpetrators,” 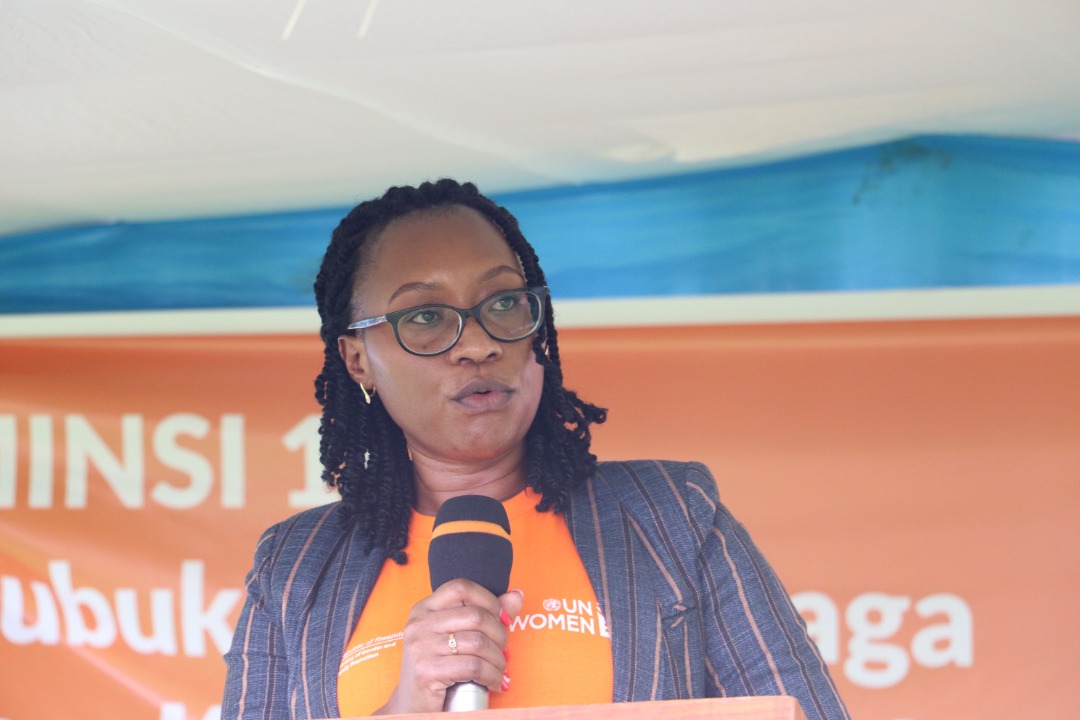 Minister Bayisenge said that violence affects everyone and must be fought by all.

“While commemorating the 16 days of activism against GBV, it’s paramount to recognize the power of family members; father, mother and children; working together and invest in constructing a safe and resilience family, free from GBV and mostly by engaging men and boys,” Prof. Bayisenge said.

“It is also a good time to think about the measures put in place to prevent, & to help the victims get full help & also to think about new measures that will help us find a lasting solution to eradicate violence, especially against women and girls,” Minister Bayisenge added.

Prof. Bayisenge said that GBV is one of the main problems that still exist in society and threatens human rights, security and development of the country.

“Over the past 3 years, we have seen an increase in the number of people seeking help for abuse, both at the doctor’s office, at the Isange One Stop Center, at Police Stations and elsewhere. This shows us that people now know their rights, and victims are increasingly coming out to report cases which is a good thing,” Minister Bayisenge said, adding however that some cases go unreported.

She pointed out that GBV acts are categorised as crimes punishable under the law because they undermine the dignity and humanity of a person and erodes national values and such cases are becoming more prevalent, where parents abuse their own children and spouses are not afraid to fight and inflict pain on each other.

The Minister said that GBV is a common practice in society which affects women, men, girls and boys, in the open and behind the curtains, curtailing the freedom of the victims. 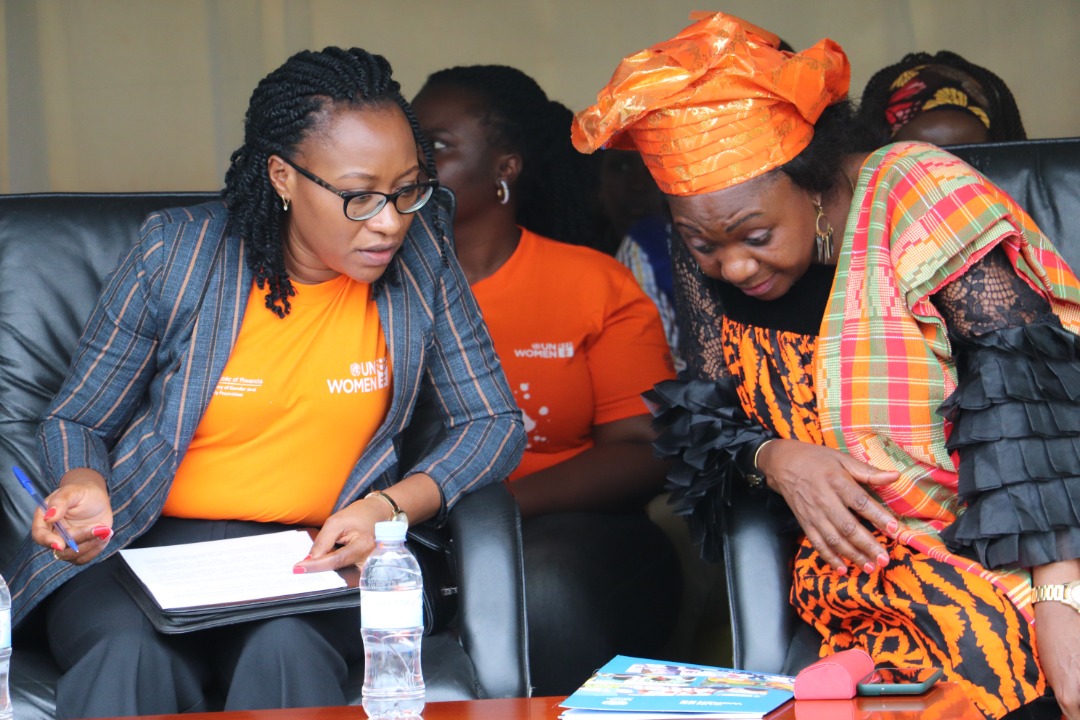 Among other things, Minister Bayisenge highlighted the challenge of teenage pregnancies, which remains a serious one, pointing out that the central government is working closely with local administrative entities to address it.

She cited domestic conflicts as the main cause, calling on all stakeholders including civil society, faith-based organizations, opinion leaders and educators to be involved in tackling the root causes right from the grassroots.

The UN Women Country Representative, Jennet Kem, said that the it is on record that 1 in every 3 women between the ages of 15-49 report having experienced one form of violence or the other in their lifetime, often from intimate partners or close relations, yet, it is often condoned, normalized, or justified.

She pointed out that a recent study by UN Women and UNODC confirms that 5 women/girls are killed every hour in the hands of close relations, adding that despite immense efforts, violence against women remains one of the most pervasive forms of human rights abuse.

Kem said that marking the day in Nyamasheke, a rural district in western Rwanda, provided an opportunity to learn about the status of women in rural parts of the country, where violence against women remains prevalent. 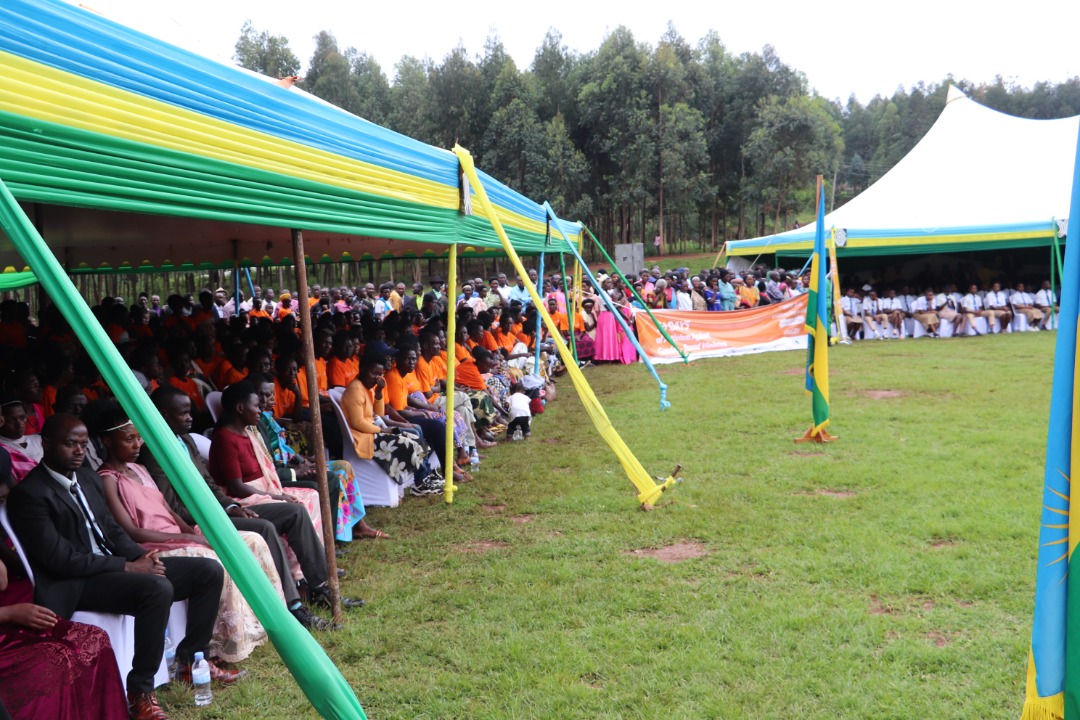 In regard to the pervasive nature of violence against women, Kem said it would take the involvement of everyone to fight it, beginning with challenging its normalisation.

“Violence against women and girls is pervasive, but it’s not inevitable. It can end and the decision to end it lies with each and every one of us. We should all challenge its normalization by uniting commitments, resources, and resilience in action to prevent it, protect women and girls, especially those in vulnerable situations and hold perpetuators accountable,” she said.

Kem said that violence against women has a cost on the individual woman or girl, the family, community, society, and the economy in terms of loss of human lives; loss of self-esteem and self-confidence, loss of labor; finances and emotions.

However, despite the gloomy and pervasive nature of violence against women, Rwanda has made many good and promising practices that are making a dent in rolling it back, citing the improvement in the investigation, collection and management of evidence by Rwanda Investigation Bureau (RIB) and Isange One-Stop Centre as an example.

“On behalf of the One UN in Rwanda and on my own behalf, I would like to express my appreciation to the Government of Rwanda, once more, for its leadership and unwavering commitment to ending violence against women and girls, promoting gender equality and women empowerment across the board,” 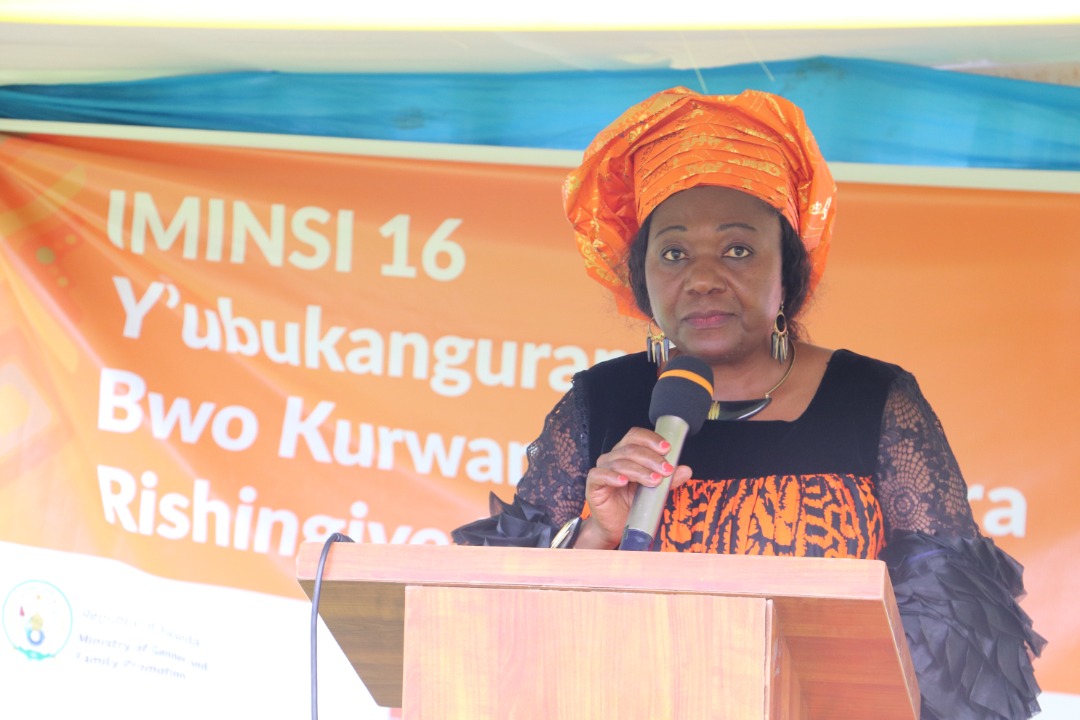 Kem said more needs to be done to deal with the pervasive nature of violence against women.

“Rwanda Isange One Stop Centers and RIB investigation approaches are becoming learning points for other countries in the region and beyond,” said Kem, who represented the UN Resident Coordinator.

The 16 days were initiated by activists at the inaugural Women’s Global Leadership Institute in 1991 and continue to be coordinated in each country by respective stakeholders with the mandate to fight against gender-based violence. This effort also complements the UN’s UNiTE campaign to end violence against women by 2030. 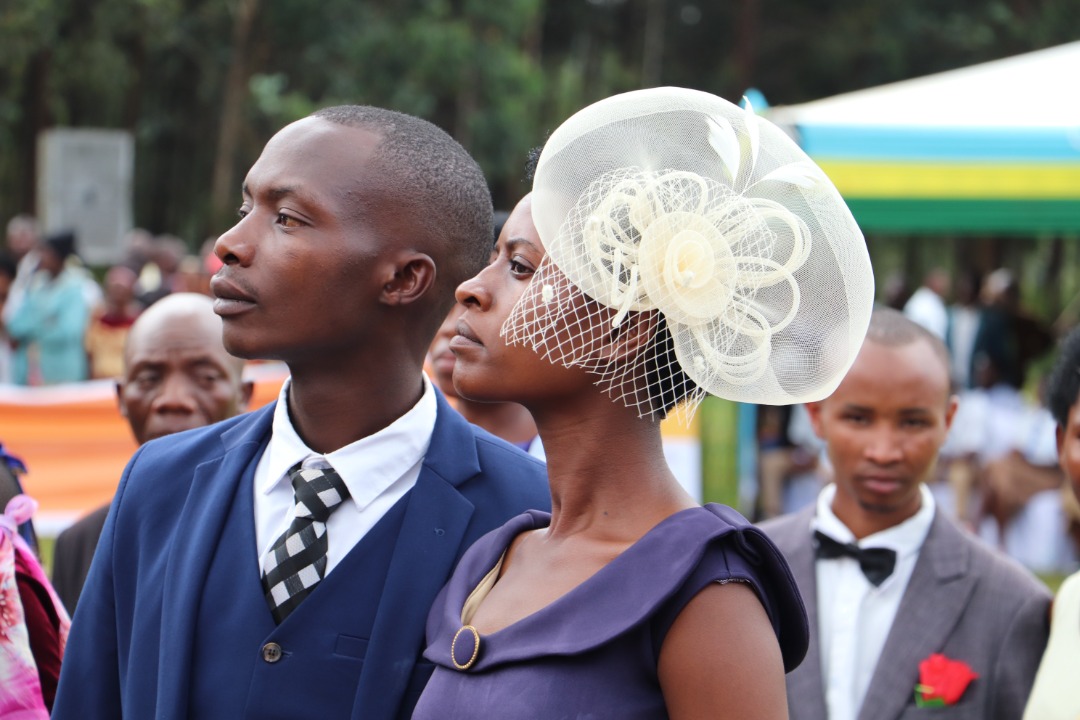 Couples tied the know to legalize their union. 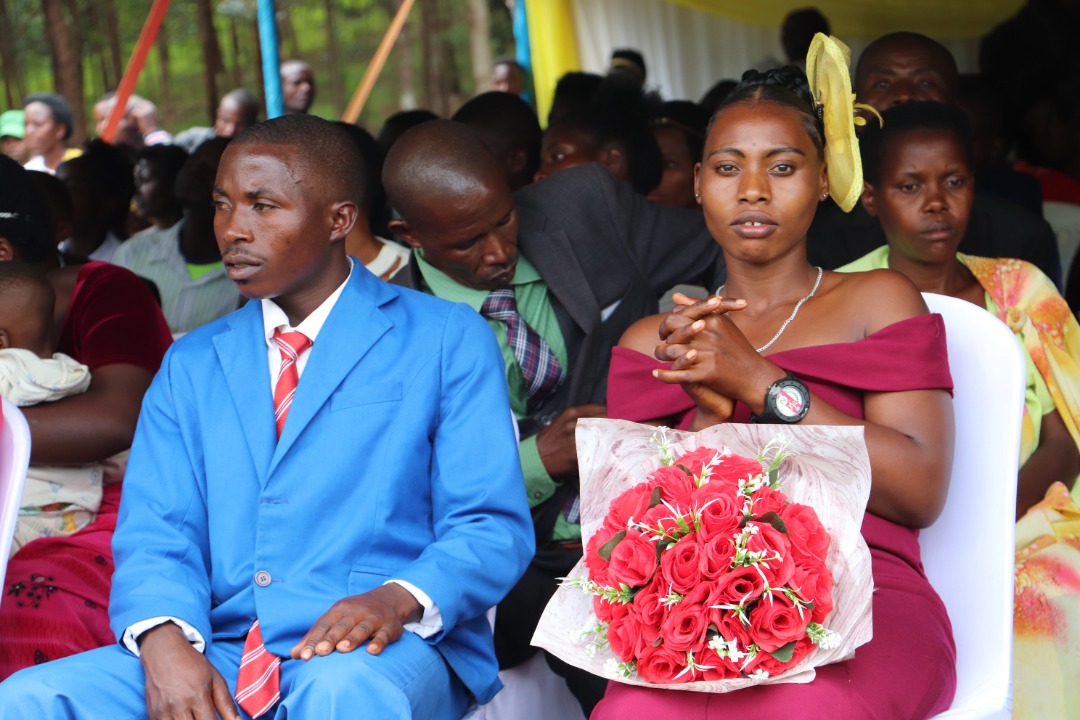 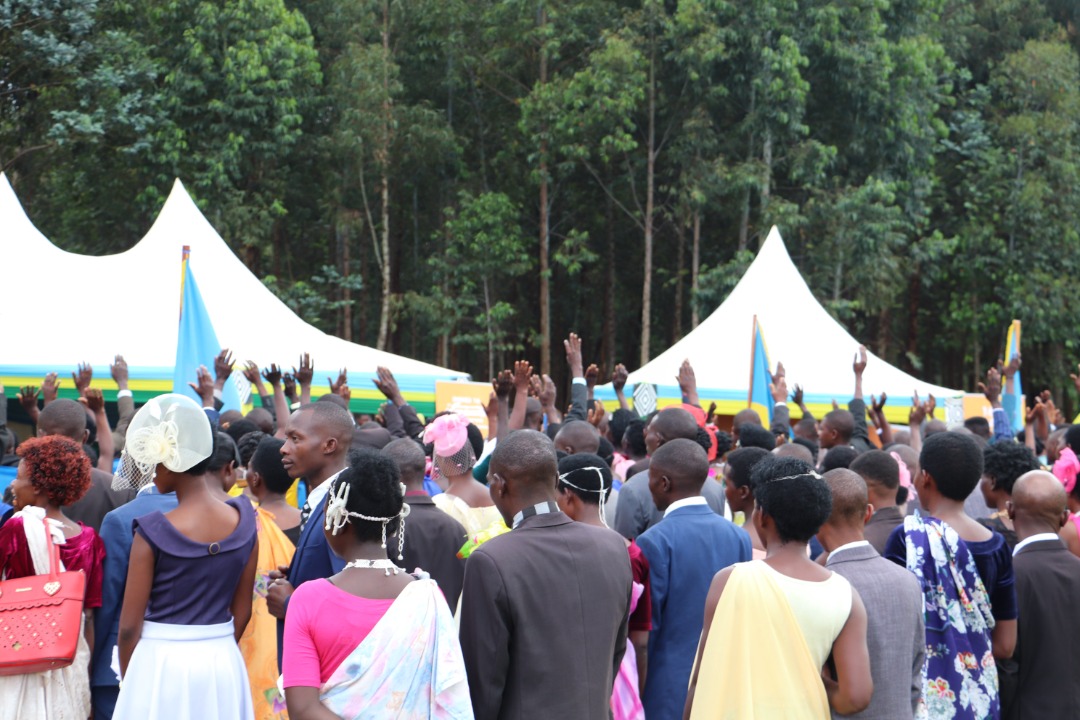 Tour Du Rwanda Is BACK with New Routes