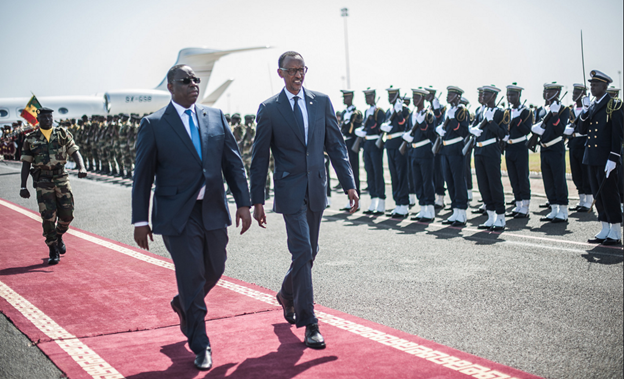 President Paul Kagame has said that the current technological progress in other parts of the world is exerting pressure on Africa “to catch up and keep pace”.

Kagame said it’s time for the continent to make a fundamental shift and embrace technological advancement and not just focus on fighting the biting poverty.

“This starts with a change in our mindset. We really cannot be satisfied with just ending extreme poverty,” he said earlier in the day from Dakar, Senegal, where he is attending the Next Einstein Forum, a platform which showcases Africa’s top young scientists and connects them to leading global scientists, policy-makers and the business world.

The idea of the forum is for Africans to remind and encourage investments into science and technology and stop being a consumer of technologies from elsewhere.

Indeed, “Africa cannot create wealth by only consuming technology developed in other countries. Technology and skills are the lifeblood of economic growth and competitiveness,” Kagame said.

Senegalese President, Macky Sall, who is the host of the forum said its time for Africa to embrace technology as part of the human race. “Connection of science and humanity should be preserved,” he said.

Nigerian President, Muhammadu Buhari, also on a panel of seven African presidents said, “My heart is filled with joy of the message of this forum.”

All the leaders agree that African countries must create an environment for the youth to pursue scientific and technological challenges and create innovations. Half the number of scientists attending the Next Einstein Forum is aged bellow 42 years old.

“Our continent’s wealth tomorrow, depends entirely on what we put in our children’s heads today,” Kagame said adding that, “Africa’s children will lighten the world’s burdens, not add to them.”

Rwanda is already creating the ideal environment. Sciences are being promoted and students who prioritize sciences receive special benefits.

As a result of profound support for sciences, the African Institute for Mathematical Sciences (AIMS) announced a plan to relocate its headquarters to Rwanda from South Africa.

Rwanda will also host the Next Einstein Forum in 2017.

Kagame believes African scientists waste their talents because of the unconducive environments on the continent, which he said has also caused brain drain. “I can think of few missions more essential than enabling Africa’s brightest students to flourish as independent thinkers,” he said.

In 2005, Kagame created the Presidential Scholarship Fund which has spent over $100 million providing scholarships to Rwanda’s brightest students to study in prestigious American and European universities.

Unlike many African scholars, many of whom have stayed in Western countries they studied from, upon graduation, Kagame’s Presidential Scholarship beneficiaries return to Rwanda to participate in the development of the country.

Some have started charity organisations, while others are engaged in businesses. Others are ardent civil servants.

Meanwhile, at the forum, asked how he manages to connect with the youth in ICT”, Kagame, who has now has 1.363.746 followers on twitter, widely regarded as Africa’s Tech-savvy president and sometimes called the ‘Tweep President’, said, “I am neither a geek nor an expert, but I am trying to build on common sense.” 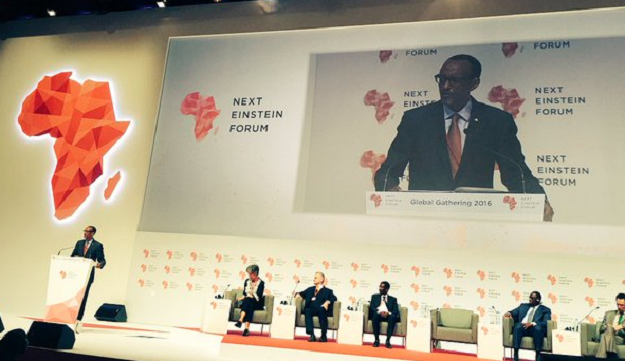