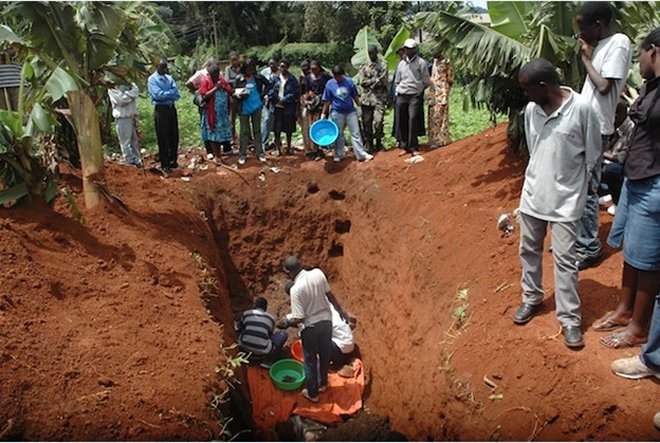 What began as a fight between a husband and a wife triggered a shocking revelation of a long held secret about a mass grave with 25 victims of the 1994 genocide against Tutsi which claimed a million lives.

Residents of Mugombwa sector in Gisagara district are in total shock after learning that a family has been able to conceal a mass grave located right in the middle of their plantation for 22 years.

On Friday April 1, Pascal Shyirambere quarrelled with his wife José Mukashyaka and they got into a violent fight.

Shyirambere rushed to the cell leader and told her he regrets that in their backyard there was a body of a genocide victim, who probably was killed by the landlord.

The land belongs to Utabazi Casien currently serving a prison sentence in Mpanga prison over genocide crimes.   The family has been cultivating land where the mass grave is located but had agreed to keep this a secret.

When local leaders came to investigate his claims, the wife insisted it was a complete lie. Later on, after the husband insisted the grave be dug, she admitted that indeed, there was a body buried in their backyard.

As witnesses kept pouring in, a few began whispering there were other victims in a mass grave located in another plantation belonging to one Jean Baptiste Nzabarinda meters away.

And Shyirambere knew about it too. He led everyone there. And indeed it had 24 bodies buried there.

As Muganza residents wondered how the family kept the secret for that long, 55 other bodies were discovered in the nearby Kansi sector, also Gisagara district.

This was after Michel Habimana, an inmate who has just completed his sentence, also indicated where he threw a body a sceptic tank in Akabuti village in the same district.

“He did not tell the truth because when we dug deep, we realised that Interahamwe had hidden thirty bodies in the sceptic tank which they had transformed into a cave,” says a neighbour to Habimana on condition of anonymity.

Later on, the neighbours discovered 25 other bodies in the cave, bringing the total number of bodies to 80, all discovered in just one district two days ahead of this 22nd commemoration of Genocide against Tutsi.

The process to bury the bodies in dignity is on-going.

Gisagara district is home to Theodore Sindikubwabo, a crucial figure in the genocide.

Sindikubwabo became interim president following Habyarimana’s assassination on April 6, 1994, and remained the head of state during the genocide.

Available intel indicates that Sindikubwabo, who was a Hutu hardliner, played a critical role in organising Habyarimana’s assassination due to concerns over the Arusha Accords with the help of France. The deaths of thousands of Tutsis in his area are a seed he saw himself.

The area is also home to Celine Nyiramasuhuko. She was the Minister for Family Welfare and the Advancement of Women in Habyariman’s government. She is serving a sentence for having encouraged authorised the military and militias to rape Tutsi women.

The district is one of the areas that experienced a large and brutal killings. In Muganza and Kansi sectors, only 57,000 bodies were exhumed since the last 22 years and buried in dignity, according to Ibuka.

Other bodies have not been discovered. They only are discovered in such strange way like that triggered by a family dispute.

Police is investigating the case. 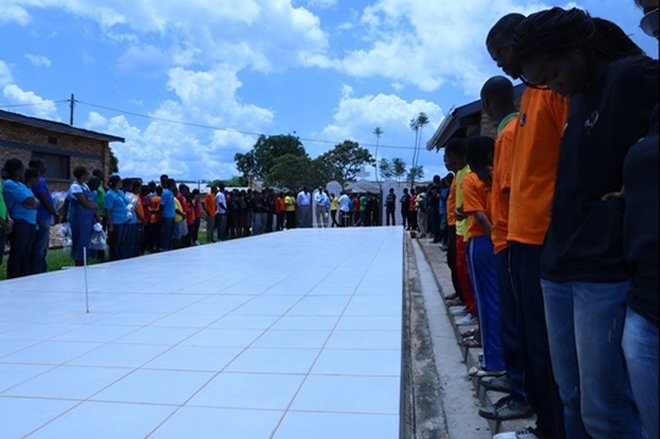