The Rwanda flag will tomorrow be raised to full mast and the country will return to normal business. Events for the commemoration of genocide against Tutsi end today.

Rwandans and friends of Rwanda will gather at Rebero memorial site in Kicukiro district this evening where politicians were massacred during the genocide for going against bad and genocidal leadership.

Mourners walked silently reading through long lists of names of 14,000 victims inscribed on the monument raised at the memorial.

Prominent among the victims includes Joseph Kavaruganda former President of the Constitutional Court.

According to Roméo Dallaire who was the UNAMIR; Peacekeeping force; commander, on February 17, 1994, he received information of a plot to assassinate Kavaruganda and Landoald ‘Lando’ Ndasingwa former leader of Parti libéral du Rwanda.

Ndasingwa had been granted the portfolio of Minister of Labour and Social Affairs in the Habyarimana transitional government put in place after the Arusha Accords.

Dallaire, in his book Shake Hands With The Devil said that he informed the two men of the assassination plot, and neither of them was surprised.

On April 7, members of the government’s Presidential Guard arrived at Kavaruganda’s house, claiming they were taking him to safety.

He was killed later that day. On the same day, Ndasingwa and his wife were abducted from their house along with their two children by the government’s Presidential Guard, despite being under UNAMIR protection.

All were subsequently killed. The former Prime Minister, Agathe Uwilingiyimana, buried at the National Heroes Cemetery will also be honoured today.

The theme of this year’s commemoration is “Fighting Genocide Ideology.” Official mourning period continues until July 4, 2016, a day when the country was fully liberated.

Commemoration events in the next hundred days of mourning will include; laying wreaths on graves of victims in memorial sites, marching in a “Walk To Remember” and holding several discussions on prevention of genocide. 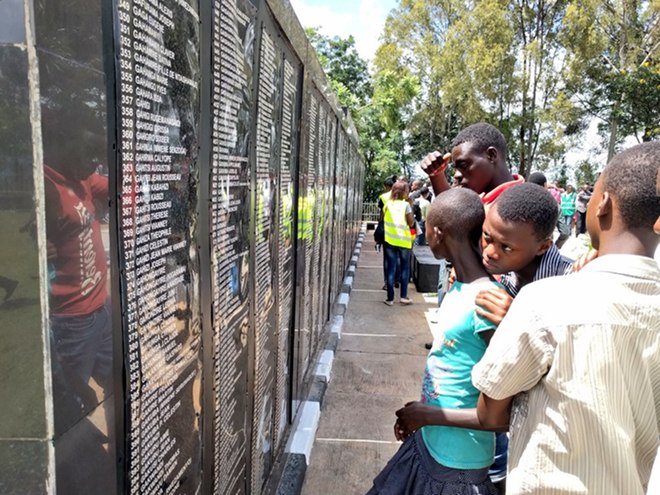