A newlywed Australian couple will always remember a lifetime souvenir they got from Rwanda’s mountain silverback gorilla.

Gemma Cosgriff and her husband Damian got married last week but looked around the best place where to enjoy their first days together.

A list was drawn, but Rwanda gathered majority votes, thanks to its rare mountain gorillas.

They flew to Rwanda and hired a tour operator that drove them to the volcano national park in Musanze district, northern province where they trekked into gorilla territory on July 19.

On arrival at the reception of the volcano national park, the couple was briefed on trekking rules.

They also learnt Rwanda is home to about 300 gorillas organised in 19 families. Each family has a male chief, called silver back. The chief sometimes has one or two deputy chiefs or governs alone the family which also includes females and children.

With all this information, the couple was helped to choose which gorilla family they could visit before embracing the trekking where you have to climb for 2-5 hours depending on the family location, with a professional guide.

Once at the field, the couple was amazed while seeing the gorillas. In return, the gorillas indicated to have noticed their presence and thus came to play with them.

One of the gorillas thumped its chest and walked to towards Cosgriff and then pushed her down in the grass while the husband was filming the memorable video which they would send to the media right away.

“I feared for my life in that split-second,” Cosgriff told 9news.com.au their online media channel back home.

Cosgriff however loved the experience. Though massive, the gorilla’s hand did not harm her at all.

“Even though it’s really big, it’s quite cushiony like a pillow, so that didn’t hurt at all,” she said.

With laughs, Cosgriff pointed out that earlier, people were making jokes of the gorilla liking her.

Cosgriff has encouraged others to go and see these special primates.

“I still just cannot believe that it even happened… a once-in-a-lifetime experience,” she said.

while playing, the silver-bark mountain gorilla bumped Gemma Cosgriff to the ground

According to Prosper Uwingeri, the chief Park Warden the scenario was “a usual behaviour. It is not an aggression because at times gorillas make fun with visitors but never threaten them.”

Like in the case of human being, he said young gorillas like to make fun and so do adolescent males. “The latter like to exhibit their strength when they see human beings. They can either hit their chest or break huge trees.”

In front of any behaviour, trekkers have to keep together and never try to run or to cry because if they do, the animal may come to their pursuit.

The most important rule is the distance rule whereby gorilla trekkers should stay at 7 meters away from the gorillas.

“The distance is important. Among others, it prevents interaction with the animal which can cause disease contamination,” said Uwingeri

No camera flash is allowed while photographing the gorilla and Uwingeri said, “Trekkers should avoid big cameras because they can draw gorilla’s interest to the photographer.”

Obviously, no trekker can venture alone in the park. One has to acquire a tourist guide. The guides who know the code of conduct in gorilla trekking keep updating tourists on attitude to take in front of the gorilla reaction.

Only 8 trekkers are allowed to visit a gorilla family every day. They can spend 1 hour with them maximum.

Uwingeri said, gorillas do not recall names or voices of any person, not event guides who always meet them.

They are however accustomed to the guides uniform and when someone arrives accompanied with them, they understand there is no danger and come around. They also hear some coded sounds of the guides 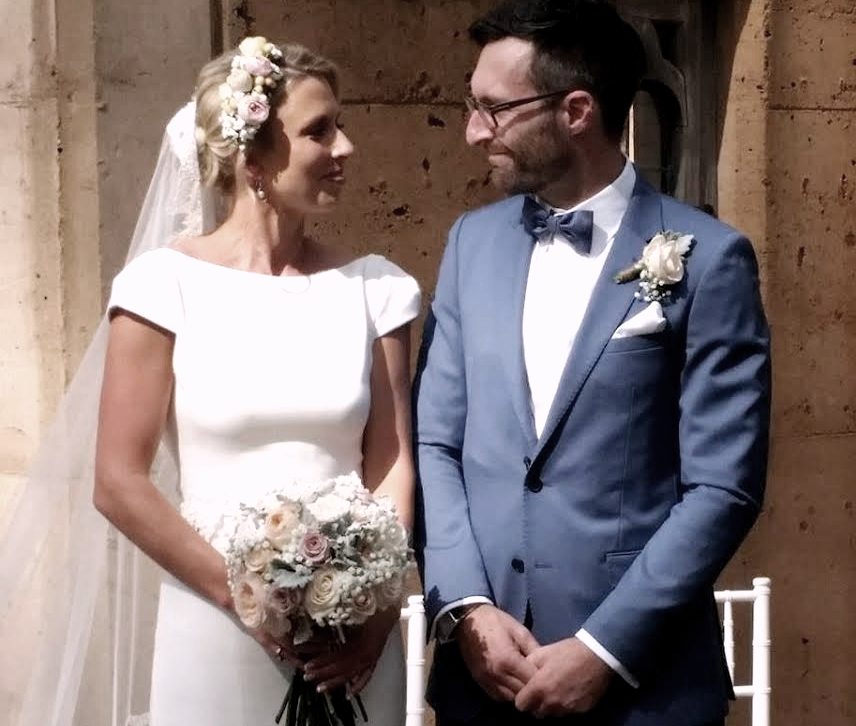 Gemma and Damian got married last week in Australia