Home NewsNational Don’t Trust Anyone With Your Baby Anymore
National

Don’t Trust Anyone With Your Baby Anymore 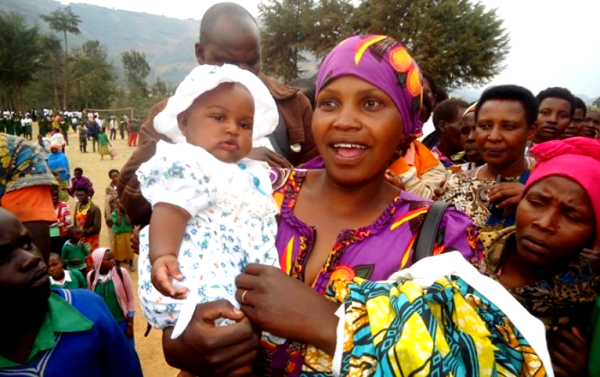 Human traffickers are everywhere and are using many tricks to snatch babies and you may never see them again.

At a wedding ceremony on August 23 at Rushaki sector in Gicumbi district, Beatrice Cyomugisha and her two-month old baby were enjoying the event when another woman requested to hold the baby.

Trusting that she was part of the family, Cyomugisha handed her the baby without any idea that this would be the last time she would see her baby.

“After a short while, I wanted to breastfeed my baby and looked around only to realise that the woman with my baby was nowhere to be seen,” Cyomugisha recalls.

“I would later on understand that the woman had disappeared with baby after my host assisted me to search for her in vain.”

Cyomugisha rushed to a nearby Police post and reported that her baby was missing. The Police also contacted Uganda Police across the border and the search continued on both sides of the border.

Three days later the baby was found in Uganda and returned alive back to the mother in Rwanda.

Mudaheranwa Juvenal,the Gicumbi district  Mayor warned parents, “be vigilant and avoid trusting your children with anybody.”

This child theft case follows another incidence early August when Beatha Bucyedusenge-a Nurse in Rubavu district faked pregnancy for months and while on duty at a maternity ward, she managed to switch a newborn baby with a plastic doll.

Bucyedusenge lied to the biological parents that their baby had died during birth. A plastic doll was wrapped in clothing and placed in a box including two stones to make the box heavy.

However, when the family had gathered for burial, they opened the box to check the direction of the baby’s head and discovered there was a plastic doll and not a human baby. They reported the matter to Police and the Nurse admitted she had stolen the baby and returned it alive. 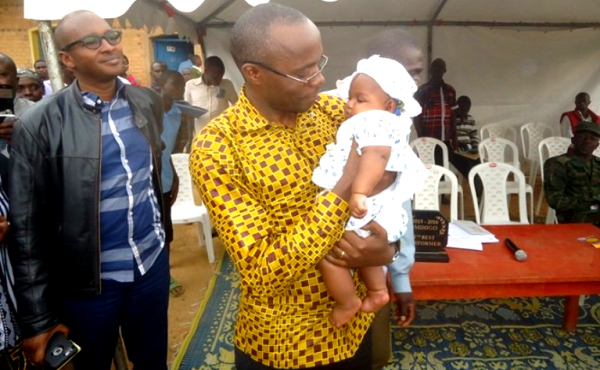 Human trafficking is a relatively new criminal phenomenon in Rwanda but is quickly transforming into a national concern. At first young girls were being targeted with promises of better jobs abroad but now babies are also wanted.

According to statistics from Rwanda National Police, about 153 Rwandans were trafficked from 2009 to February 2015. Of this number, 90% are young girls aged below 35.

The county’s leadership has consistently condemned such a trade.

“We cannot accept Rwandan people to be traded like commodities,” President Paul Kagame said while addressing the 12th National Dialogue, Umushyikirano in December 2014.

Since then, several interventions have been made to fight human trafficking in the country.

One of the mechanisms proposed included putting in place severe punishment for culprits involved in trading human beings.

Currently, guilty perpetrators get a prison sentence ranging between six months and 15 years and a combined fine of Rwf 500,000 to 20 million.

“Punishment against human traffickers is too lenient. We need a punishment that should deter perpetrators from this bestial act,” Rwanda’s Minister of Justice, Johnston Busingye said during a National consultative meeting on human trafficking in October 2014.

Police Spokesperson ACP Celestin Twahirwa said that this has been increased information sharing and use of technology among Rwandan communities despite the challenge of victims playing a role in aiding traffickers.

“We are now getting more information through our networks with Interpol, communities and using a new data system at immigration points where all suspected cases are immediately reported and followed up. This is different from the past years,” said Twahirwa.

Rwanda’s police established over 1500 anti-trafficking clubs in schools, appointed 30 focal points in each district, and put out hotlines on which residents can call in case of eminent danger of human trafficking. 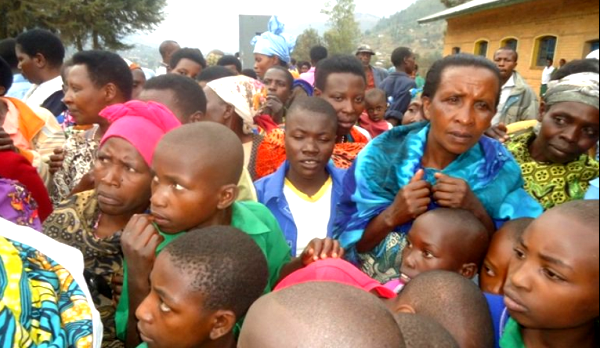 Rushaki sector residents gather in surprise about the recovered baby