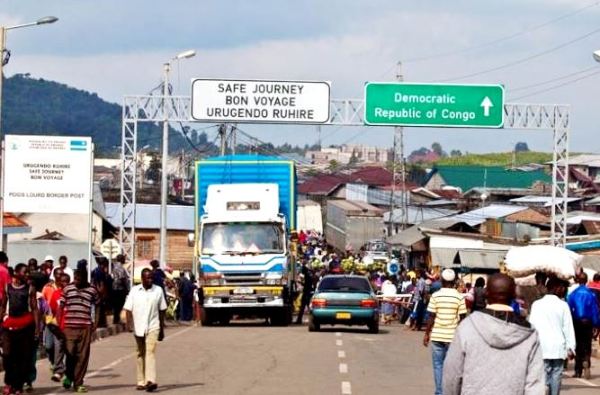 Rwandan small businesses will be able to exchange commodities with their Congolese counterparts across the border without fear of being arrested.

On Thursday, Rwanda and Democratic Republic of Congo (DRC) will sign a memorandum of understanding (MoU) to seal the Comesa Simplified Trade Regime (STR).

In STR deal which was enacted in 2009, adjacent country members of the Common Market of Eastern and Southern Africa (Comesa) agree on a list of the commonly traded goods to be exempt from import duty when traded in either country.

Since 2009 DRC has been adamant to sign the MoU with Uganda, Zambia, South Sudan and Rwanda.

At least 600 key stakeholders, media from Rwanda and Congo will on Thursday 20, 2016 witness the historical MoU signing which will be done in front of the border community at Petite Barriere, in Rubavu district.

This will be a relief to about 30,000 – 45.000 traders who cross Poids Lourd Border Post (Petite Barriere) daily in small scale trade.

Research by both countries shows that small scale traders have for many years continued to face challenges like paying to get their goods cleared and a crippled business environment as a result of political standoff between the two countries.

Several Rwandans have been reportedly harassed, illegally sent to prison, and their goods confiscated thus delaying economic development on both sides.

Early last year, trade officials from both countries met in Kigali to negotiate the exemption but did not agree on a number of products.

DRC refused exempting some Rwandan goods like timber, while Rwanda locked horns on products like milk powder and cigarettes manufactured in DRC, on health grounds.

Rwandan negotiators argued that Congo imports most of the raw materials and exemption would trigger increased consumption and tax evasion.

However, concrete steps towards ensuring duty free for small scale cross border trade were made and according to Trade Ministry, the objective was to uplift the small businesses on both sides.

‘’Harmonizing lists of common traded goods between Rwanda and DRC will help to empower marginalised traders and making it easier to conduct their business,’’ said Robert Opirah, Director General of trade and investment at the Ministry of East African Community Affairs, Trade and Industry(Mineacom).

‘’If you want to develop trade, you can’t begin with large scale traders but those who still need support.”

Jean Jacques Chiribagula Ntwali, head of the Congolese delegation and investment advisor in DRC’s Ministry of Commerce said there was need for more time to research on the concerns of border traders on Congolese side, ahead of the MoU signing by both countries.

The Simplified Trade regime of COMESA is practically being considered by most traders as a convenient procedure which offers them quick facilitation through establishment of Trade Information Desks at the border posts.

The Simplified Trade Regime has since 2009 been tried out in Burundi, Democratic Republic of Congo, Ethiopia, Kenya, Malawi, Rwanda, Sudan, Uganda, Zambia and Zimbabwe, and was expected to be extended to cover all Comesa countries after the completion of the pilot phase.

In Rwanda, No More Cash but MasterCard for Refugees