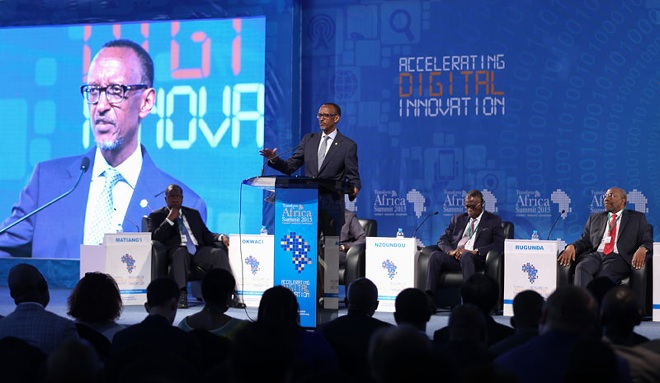 In 2013, seven governments meeting in Kigali adopted an ambitious agenda to turn their countries into “smart nations” – making tech and broadband connection a universal right. Today, the alliance’s founding host President Paul Kagame announced the grouping had more than doubled.

“Our Alliance started with 7 member countries, and now has 17 countries on board representing a market of about 360 million people,” said Kagame at the Smart Africa board meeting on the sidelines of the 28th African Union Summit in Addis Ababa, Ethiopia.

Membership includes war-torn nations like South Sudan – whose government is still struggling to restore security in the vast nation. Others include Egypt, Kenya, Mali, Senegal, Ivory Coast and Benin.

Tanzania and Burundi – both neighbors to Rwanda and belonging to the same bloc – East African Community (EAC), are yet to join the alliance. But have lately indicated interest.

The inaugural event four years ago was branded “Transform Africa Summit”, which culminated into establishment of the Smart Africa Secretariat last year based in Kigali. Former International Telecommunication Union (ITU) chief Dr Hamadoun I. Touré is the head of the broadband alliance.

Speaking at the Board meeting today, Kagame said while the world is already embracing the 4th Industrial Revolution “our challenge is to catch up in providing universal broadband”.

Meanwhile, it was also announced that the next Transform Africa Summit will be held in Kigali, May 10 to 12. Hundreds of government officials and tech executives will descend on Kigali to showcase the latest innovations – with the hope that governments will pick from their offers.

Africa needs more than $300 billion to establish a smart continent. Since the 1st edition Transform Africa Summit, Rwanda has registered hundreds of millions of dollars in tech investments. A scholarship fund is in place – already covering 17 students enrolled at the Carnegie Mellon University, Rwanda.