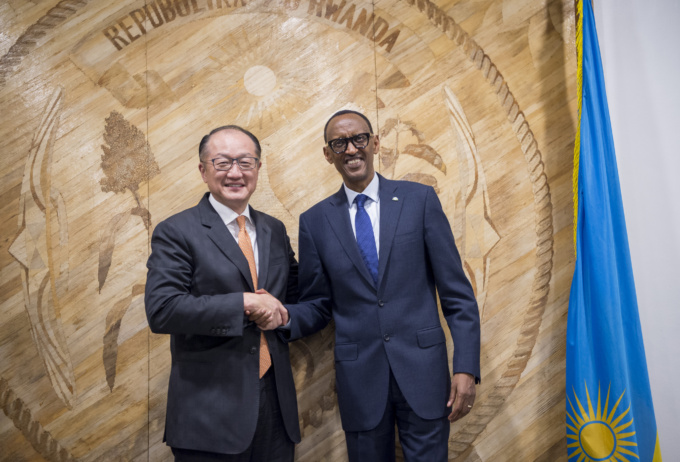 “Rwanda has managed its economy brilliantly and we think the growth here will continue,” Dr. Kim said shortly after holding talks with President Paul Kagame.

Dr. Kim arrived in the country on Tuesday for two-day official visit.

He said the World bank has been a strong partner of the Rwanda’s economic recovery and pledged more support to government projects.

“We have been a partner in many aspects of Rwandan economic development and for us it is a great relief that Rwanda has such clear ideas of where it is going in terms of its development,” He said.

He added; “Together with Finance Minister Claver Gatete, we are bringing finance ideas to the table but it is a privilege to witness tremendous progress here in Rwanda.”

Rwanda is stepping up efforts to cut down trade imbalances as part of boosting its economy. According to 2016 monetary policy and financial stability statement released by Central Bank last month, the country’s trade deficit dropped by 5.9% in 2016 (representing $1649.7m) from $1752.5m in 2015.

Rwanda is also a beneficially of the Bank’s $204 million funding to regional projects.

Last week, the Washington-based lender announced $57 billion in financing for sub-Saharan African countries over the next three years.

Part of the funding worth $45 billion will come from the International Development Association, the World Bank Group’s fund for the poorest countries.

The financing will include an estimated $8 billion in private-sector investments from the International Finance Corp. – the bank’s private-sector arm.

For Dr. Kim, Sub-Saharan African economy is likely to grow in the next years, despite recent setbacks compared to other parts of the continent.

“The Economic growth in Sub-Saharan Africa will improve,” he said.

“World Bank is our biggest support in different projects especially; infrastructure, energy, ICT and private sector development. His presence here and the talks he held with President Kagame centered on continued support.”

Earlier in the day, the World Bank President toured a couple of successful projects funded by the global lender across Kigali city. 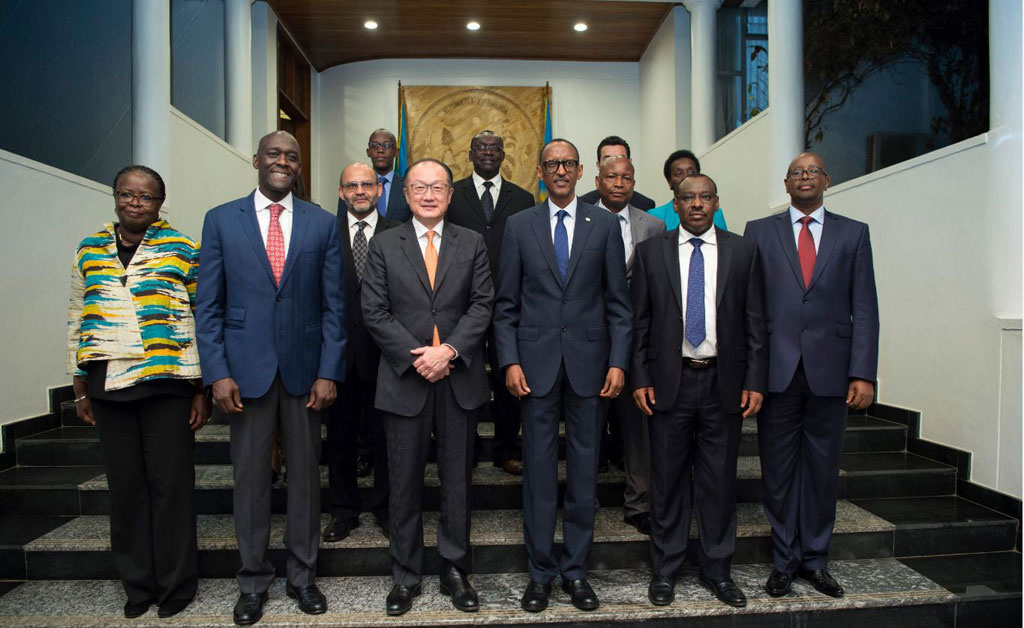