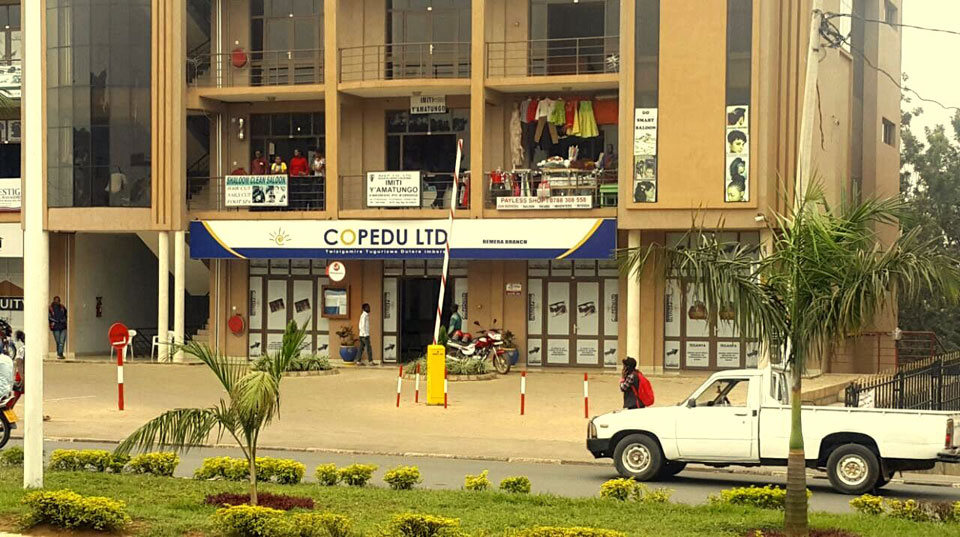 COPEDU Ltd fined Rwf16million for infringement on copyright of software

COPEDU Ltd- a microfinance institution has lost a court case in which it was accused of hacking and breaching contract terms with a software supplier.

In 2008 ADFinance Ltd and COPEDU Ltd entered an agreement under terms that ADFinance Ltd would supply a software for connecting all branches of COPEDU.

But in 2015 both parties failed to agree on terms of payment and brought the matter to court.

ADFinance Ltd accused their client (Copedu) for hacking into the software and continuing to use it even after expiry of the contract.

Copedu however, argued that ADFinance Ltd should have terminated the software from their system after expiry of contract.

When the two parties failed to mutually agree and prove that there was any hacking, they sought arbitration from Nyarugenge commercial Court.

Last year, the court heard from both sides on the matter of hacking into the software  and whether it was used without the knowledge of the supplier.

The Court hired Software experts to investigate these technical accusations.

Basing on an expertise report handed to court this month, a court ruling on Monday March 20, 2017 stated the defendant had intentionally interfered with a supplier’s software.

Nyarugenge commercial court has ordered Copedu Bank to pay a fine of Rwf16million for breaching the banking software contract with its supplier-ADFinance Ltd.

Legally, a commercial court is supposed to present the written court decision within five days after the ruling. And both the defendant and plaintiff have at least a month to appeal the court decision before court rules on the execution of its decision.

Abel Nsengiyumva, the ADFinance lawyer told KT Press that the fine is too small compared to the crime the defendant committed.

“We are going to appeal this court decision and demand for a bigger fine. In other countries, copyright infringement crime is fined to about $1million but in Rwanda there is less awareness on sensitive and gravity of this crime committed,” Nsengiyumva said.

Eric Barahira a lawyer representing Copedu also said that they plan to appeal the court decision.

“We are sure we will appeal this decision but this will depend on our analysis of the written court decision. We will have to look at the basis and reason why court took this decision. But we are not happy with the decision,” Barahira told KT Press.

The appeal process may take several months before court finally takes a decision on a software / copyright infringement case that has put at risk money belonging to about 60,000 members of COPEDU Ltd.