Nyabugogo Hills to be Developed into Modern Settlements 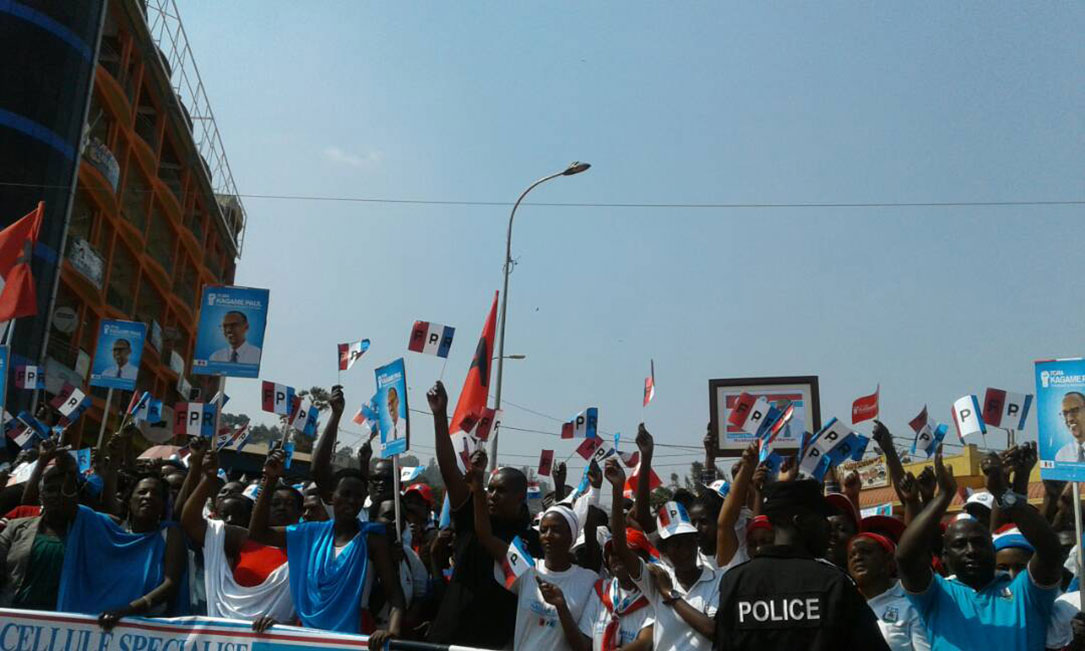 For the next seven years Nyabugogo a suburb of Kigali city will have a facelift with modern housing built on all surrounding hills – Presidential candidate Paul Kagame has promised voters at a campaign rally held in the area this morning.
Yesterday, the RPF flag bearer concluded his campaign tour of the Southern Province where he met supporters in all the districts in the province.
“I have always passed here while going to meet supporters in other districts but today I decided to begin with you before proceeding elsewhere.” Candidate Kagame will today begin his campaign trail in the Eastern province. Bugesera district marks the start of RPF campaigns in East.

Kagame told excited supporters at the Nyabugogo rally that if his party wins elections in august, his government will transform the area which he considers an east african connecting hub;
“Nyabugogo is a symbol of the East African community because its a meeting point of people coming from Uganda, Tanzania, Burundi and many other parts of the region. we need to work together with other neighbouring countries to develope,” Kagame said amidst cheers from supporters.
“We shall do landscaping of these hills and then build beautiful residential houses. Those are activities that we shall do, and they will give employment to many,” Kagame said.
Nyabugogo is dominated by commercial buildings of traders’ cooperatives and hosts Rwandas main International bus terminal.
“In 2003 I held my campaigns here, and I came back in 2010. I will even come back to say thanks after August 4,” he said.
Kigali city needs an extra 350,000 residential houses. The city Master plan suggests that the gap can be filled by 2022.

A policy of affordable housing was put in place whereby an investor who wants to build houses for low and middle income earners obtains 30% of the total cost from government.