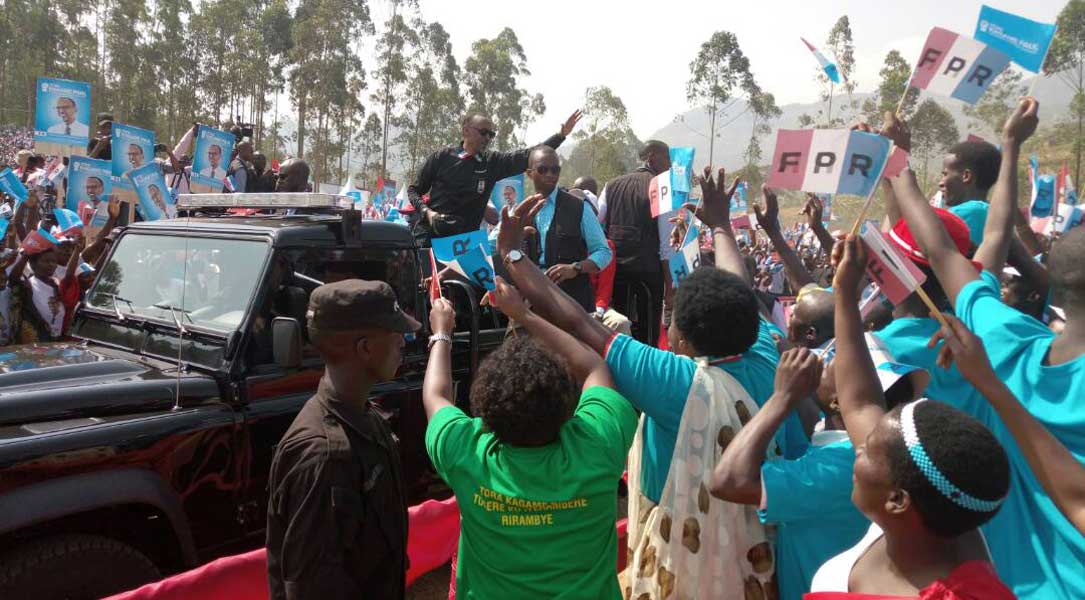 Candidate Paul Kagame doesn’t want to promise voters what he clearly knows would not be delivered.

“While campaigning, we say things as they are. We do not dramatize,” Kagame told 250,000 voters while campaigning at Nemba sector in Gakenke district.

Presidential elections will be held on August 3rd and 4th – candidates have only two days to wrap up soliciting for votes across the country.

At all campaign rallies, Kagame the flag bearer of Rwanda Patriotic Front party allows supporters to recount testimonies of success stories under his leadership.

It is common to hear testimonies of ; paved roads, homes connected to electricity after decades of darkness, modern infrastructure, hospitals, and other countless successes.

Kagame told supporters that in the past, public officials would promise what they would not achieve.

“What we have achieved is real and we promise what we shall do. We cannot promise you what we won’t deliver,” he said, adding that he was aware a lot needs to be done, but what was achieved is an indication that more can be done.

For example, Kagame admitted that 20% of electricity access in Gakenke district was a very small percentage; “when you realize that the access was nearly 0% in a couple of years, you believe that even 100% will be achieved in the next few years.”

“That understanding of ownership is a new policy. Many years ago donors dictated policies to Rwanda and Africa,” Kagame said.

“We are not happy with our level of development today. If those dictating to us what to do wished us well, why aren’t we developed like them?”