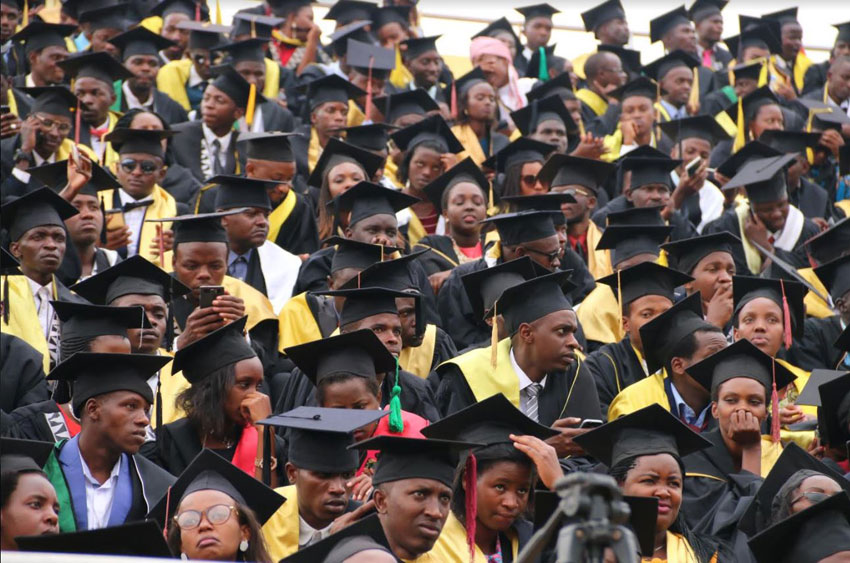 8366 graduates assemble at Amahoro stadium for their graduation . They completed various courses from six colleges of the University of Rwanda

An extra 8366 graduates have been added to Rwanda’s labour market today after they were conferred upon various degrees at a graduation ceremony.

The massive graduation ceremony, held at Amahoro National Stadium in the capital Kigali, was presided over by Prime Minister Anastase Murekezi. The students successfully completed courses from six university colleges that make up University of Rwanda.

In July last year, 8500 graduate students were awarded degrees after completing studies at the same university – bringing the number to 16,866 students graduating in 2 years alone since the merger of different colleges in 2013.

Until 1994, Rwanda had only 2000 graduates in a population of 7.4 million, according to statistics from Ministry of Education. After the genocide against Tutsi in 1994, the number of Rwandans with University degrees has grown to 500,000 as of 2015.

However, the country still has a long way to go as the figure merely represents a 4.2% of the country’s 12 million population. Rwanda needs at least 1.2 million graduates to attain the 10% minimum acceptable level for a country to attain realistic economic growth and development.

Over 75% of lecturers with PhDs in the country are expatriates-making it difficult for the government to work with people lacking knowledge about the core roots to its development. 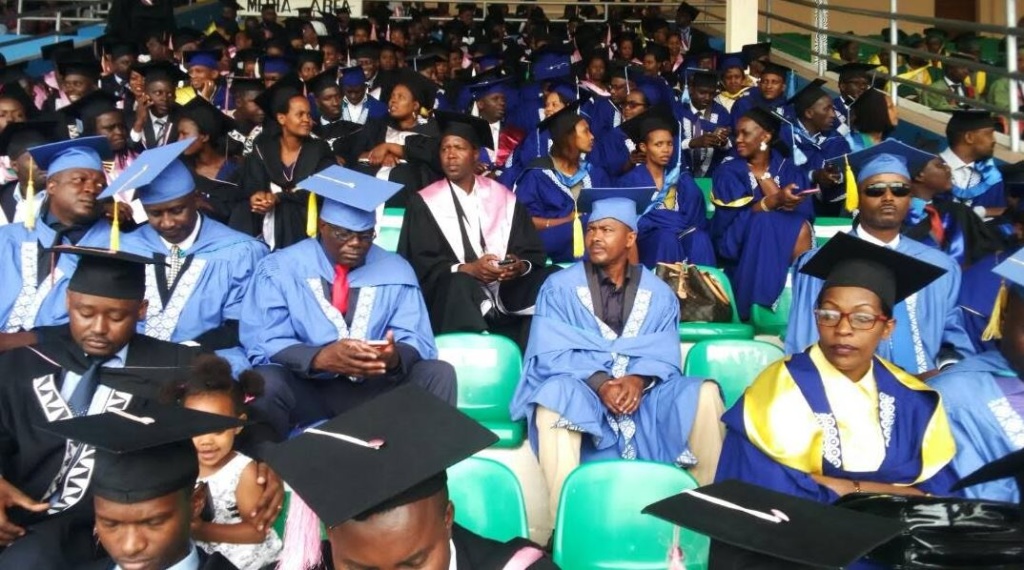 Meanwhile, today’s graduates include 5420 male and 3053 female. Of this, 5873 were awarded Bachelors degrees; 276 Masters while 2 were awarded PHD.

Prime Minister Anastase Murekezi told graduates that education should concentrate on science and technology for meeting the market standards and to promote ‘made in Rwanda’ as well.

“Rwanda needs quality education that prioritize professional skills to sustain our economy by promoting made in Rwanda brand,” he said.

“Some of you have spent sleepless nights to meet your targets. We are very proud of you but you also need to think big, very big. Be innovators! Create your own jobs instead of being job seekers because all government institutions are at your disposal,” said Murekezi. 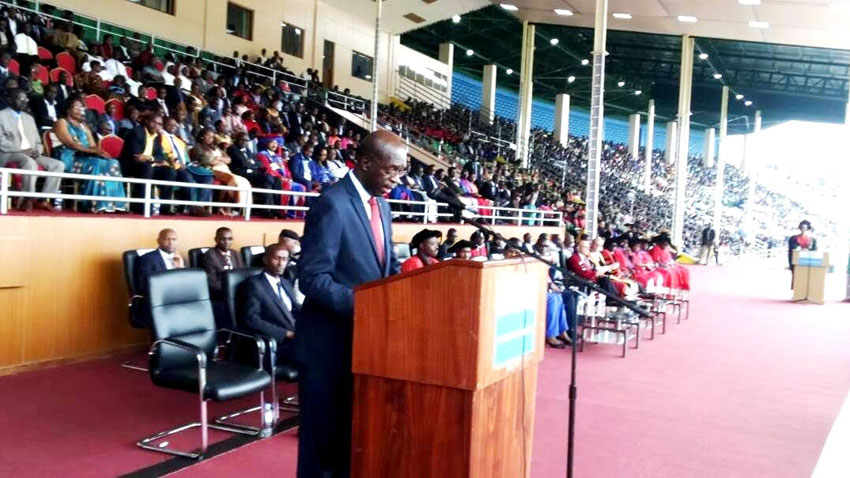 Emmy Harerimana, a graduate in the faculty of Medicine cited lack of enough capital as a primary obstacle to job creation.

“Medicine and what goes with it requires a lot of capital and licenses which is not very easy to get but I am happy for concluding 6 years of studies. It was not that easy,” Harerimana told KT Press.

Harerimana also expressed a concern that the market is asking for young people which does not benefit the others.

For instance, he said, “national carrier Rwandair and Police were recruiting youth below 24 and I am 26, so I missed my chance yet I fulfill other requirements,” he said.

RwandAir Cuts Down Losses to $1million