Rwanda and Malawi to Swap Inmates 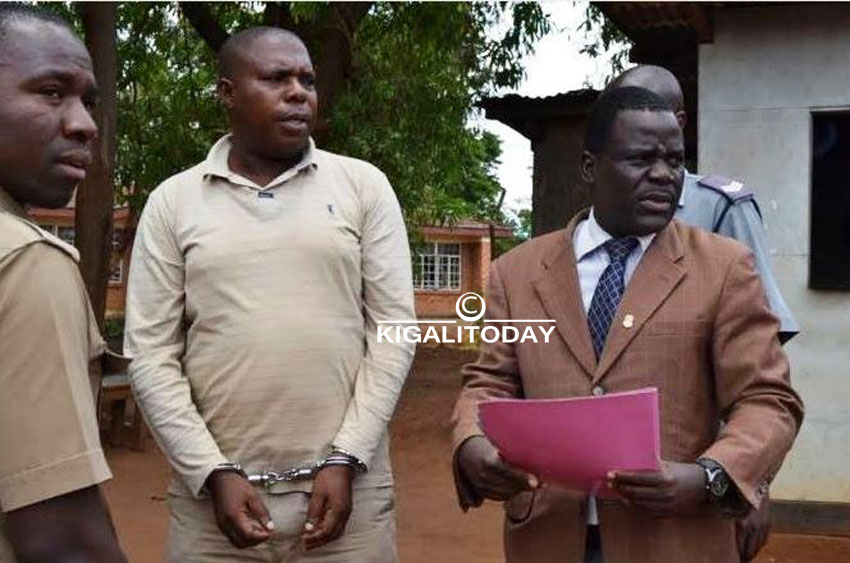 Vincent Murekezi, handcuffed (center)has for two decades bribed his way out to evade extradition to Rwanda

A number of Rwandan inmates could serve the rest of their sentence in a foreign land if an agreement between Rwanda and Malawi is concluded as expected.

Rwanda is holding discussions with Malawi to sign a deal in which inmates will be exchanged between both countries.

In such an arrangement there are chances that a Malawian that commits a crime in Rwanda can be tried and sentenced in Rwanda, or sent to serve their sentence in Malawi.

The same will apply to a Rwandan committing a crime in Malawi.

The inmates exchange arrangements however, could also have Rwandan inmates sentenced in Rwanda transferred taken to Malawi to serve their jail sentence, and vice versa.

Talks are involving officials from prison services of both countries and they have already discussed legal aspects, terms and conditions, according to Rwanda Correction Services (RCS) Commissioner General of Prisons – CGP George Rwigamba.

“If there is a fugitive in Rwanda or Malawi, the two countries will be able to decide whether to transfer the convicts to serve their sentences in either of the countries,” Rwigamba told KT Press.

Rwigamba said that both countries are still studying in which condition an inmate from Rwanda would have to serve a sentence in Malawi or vice versa.

Malawi hosts thousands of Rwandan refugees and asylum seekers including the 19994 genocide suspects.

Murekezi is still battling a court extradition trail in Malawi.

Kagame in Angola for Inauguration of President João Lourenço

Rwanda To Create 1.5M Jobs In The Next 7 Years