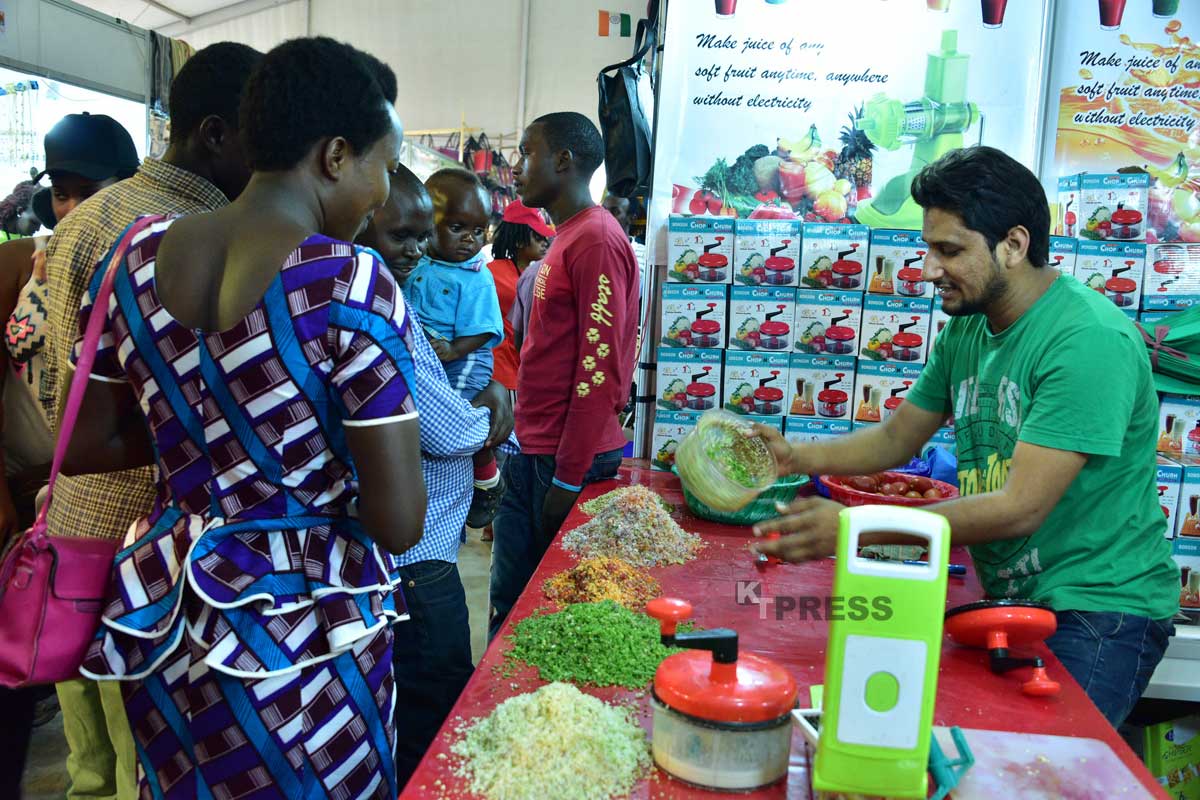 One hundred companies registered after Kigali exhibition. Many of them are from Egypt and Arab world in general. Photo Plaisir Muzogeye.

In collaboration with Private Sector Federation, RDB this year started the exercise of tracking business registration after every trade fair.

Latest findings by both institutions indicate that during the two-week International Trade Fair commonly known as ‘Expo’, 100 companies were registered.

According to RDB officials, of the 100 registered companies, 80% were registered by foreigners as domestic companies.

Over the last 20 years, Rwanda International Trade Fair has grown – but PSF has not been thoroughly recording new foreign businesses coming into the country as a result of the trade fair.

At least 15000-20000 potential clients were recorded every day during this year’s Expo, while 25000-35000 clients were registered during weekends according to PSF chairman Benjamin Gasamagera.

Speaking to KT Press, Chief Executive Officer of Rwanda Private Sector Federation Stephen Ruzibiza, said that more foreigners are projected to register companies in Rwanda – given the red-carpet availed to them.

“Rwanda being a gateway to neighboring countries makes it favorable for foreign investors. Flexibility of registering Companies is what has also pushed the trend,” Ruzibiza told KT Press.

For the last 20 years, Rwanda International Trade Fair has grown to become the biggest magnet pulling a number of regional and International investors to the Rwandan market.

The Trade Fair is an annual trade event organized by Private Sector Federation in partnership with the Ministry of Trade and Industry.

The event, though it was initially considered a wide market for buying and selling products and services, has taken a new twist. The private sector federation looks at expo as a potential foreign direct investment platform that lures the investors in the country.

In previous expo, some exhibitors attended expo and decided to register business in Rwanda.

Others are Egyptian House of Kitchenware, which opened a shop in Kimironko – Gasabo district for general trading, and Tanzania’s Dodoma that makes mattresses.