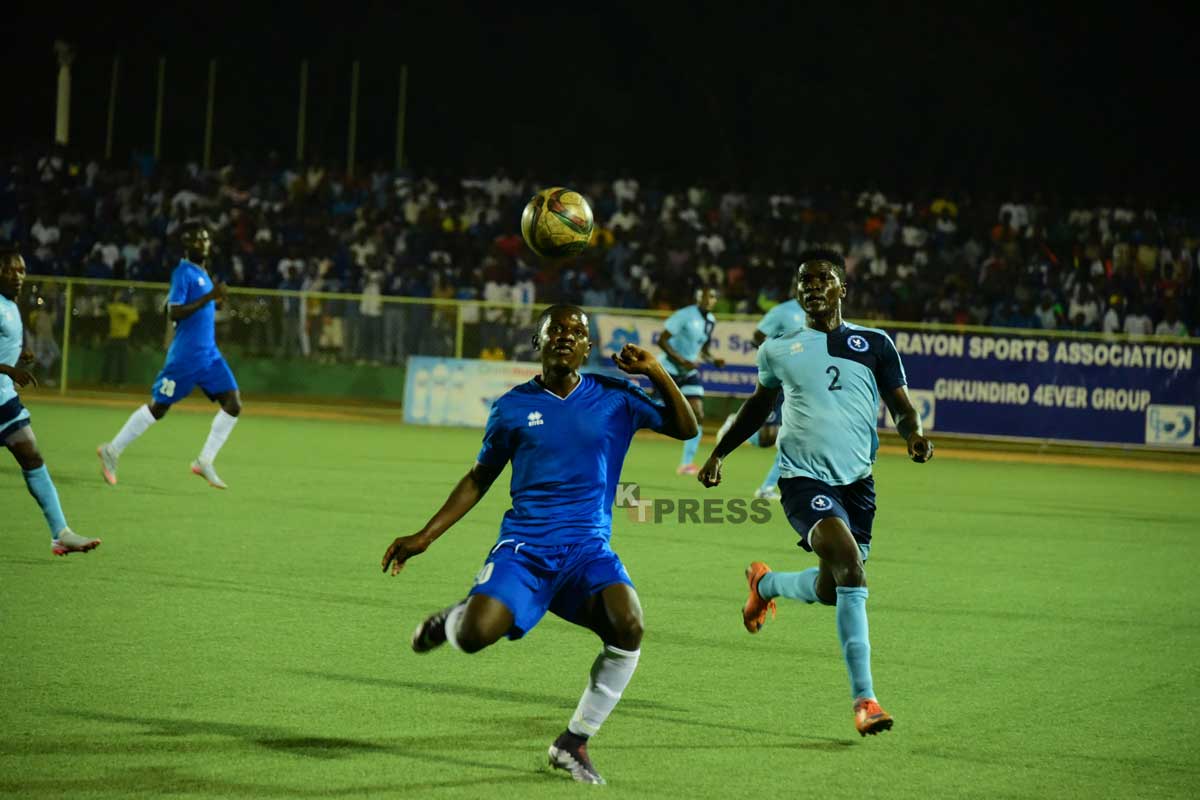 Rayon Sports Fc claimed their first maximum points of the 2017/18 campaign when they edged the old giants, SC Kiyovu, with Nahimana doubling the lead with a decisive goal.

Former APR Fc centre back had put the hosts in lead with a brilliant header in the 52nd minute following a wonderful cross from Djaber Manishimwe on the right wing.

With four minutes to the end of the game, Nahimana put the game beyond Kiyovu’s reach with an acrobatic kick strike goal in the 86th again off an assist from Manishimwe.

The Burundian international player believes the victory will spark a turnaround in Rayon Sport’s quest to retain their title, insisting that they now have the confidence that they can beat anyone.

“Yeah, we needed a win, especially after we failed to clinch full points in our first game of the season where we managed a 1-all draw against AS Kigali. We played a good game and I feel we are a really good team and that we can beat anyone,” added Nahimana.

“We staged a good game despite SC Kiyovu dominating play in the first half but thanks to second goals from Gaustin Usengimana and Nahimana Shassir, we managed to bag maximum points. Nahimana was exceptional and thumbs up to him because he put into use all my advice,”

“We have raised our confidence and we have to keep working hard to ensure that we retain the league title. With this vital win, players’ confidence will rise and we need to keep them working in the same direction such that we register more positive performances,”

SC Kiyovu coach Andre Casa Mbungo who was disappointed by the loss said, “This is one of the many games we will play this season. It’s a marathon, we have just lost to Rayon Sports, and we still have 13 more games to play before the first ends,”

“I believe we will bounce back considering a good squad we have. We lost due to professional mistakes that needed maturity, but we will the good points of the game, correct our mistakes and work hard to staging a positive comeback which I am sure of,” added Mbungo.

The champions moved up to fifth place in the table with four points, two behind early season pace setters Amagaju FC, while SC Kiyovu remain on 11th position with three points having won the season opener 1-0 against Musanze FC a fortnight ago.

In other Azam Rwanda Premier League matches played on match day two, Musanze defeated Bugesera FC 1-0 at Ubworoheranire ground in Musanze thanks to Wai Yeka’s effort in the 83rd minute.

On Saturday, APR FC were held to a frustrating 1-1 draw by Marines while Amagaju FC maintained their perfect start after winning 2-0 at home to Kirehe FC.

In Nyagisenyi, Amagaju Fc beat 2-0 Kirehe Fc in Nyamagabe to stay top of the league table as the only team with a 100 percent record after two rounds of matches.

Pablo Nduwimana’ team, which won their season opener 3-1 against Bugesera FC two weeks ago, notched their second win in Saturday thanks to goals from Amani Mugisho and Tresor Ndikumana in the 34th and 89th minutes respectively.

At Stade de Kigali, Eric Nshimiyimana’s AS Kigali jumped up to fourth place following a 2-0 victory over newcomers Miroplast FC at Kigali Stadium.

Jean Claude Ndarusanze netted opening goal in the 31st minute and Emmanuel Ngama increased the lead in the 44th minute to keep the City of Kigali side unbeaten on four points.

At Kamarampaka Stadium in Rusizi, home side Espoir Fc played out a 1-1 draw against Etincelles Fc. Sunrise FC drew goalless against Gicumbi Fc in Nyagatare.

On Friday, Police Fc secured their first victory of the season following a 2-1 win over Mukura VS played at Stade Huye. Striker Isaie Songa put Police ahead in the 63rd minute following a good cross from Amini Muzerwa, who came on as a second half substitute for Yves Manishimwe.

Then Justin Mico who was returning from injury doubled the lead seven minutes later converting an assit from Amin Muzerwa before David Nshimirimana pulled one back for the home team in the 80th minute.