In 2009 Egide Kamuzinzi Nizerimana, a genocide survivor from Karongi district was selected to join 120 students at the first intake of Agahozo Shalom Youth Village (ASYV), a secondary school in Rwamagana district.

The school which offers a family-like atmosphere for learners is an initiative of late Anne Heyman, a Jewish-American philanthropist following an idea she got from an Israeli village for survivors of the holocaust. Heyman died later in 2014 in a horse accident.

While at the school, Nizerimana studied Mathematics-Physics-Chemistry (MPC)-This year he graduated at the College of Science and Technology (CST) in Computer and Software Engineering.

In July, Nizerimana was hired by GT Bank as Sales and Marketing Officer. He is also the President of Agahozo Alumni.

“Students bring their past wounds, emotions and expectations but Agahozo has a unique way to help all of us live a happy life and set greater ambitions,” he said.

“My dream was always to work for a famous electronics company but my job of a Sales and Marketing is a good start. I am getting the business sense.”

The school has beared fruits even once students are out.

Rosine Mwiseneza 23, graduated at Agahozo in 2014 in MCP (Mathematics- Computer and Physics). She is currently Treasury at Rwanda Youth in Agri-business forum based in Ministry of Agriculture. She was also awarded by First Lady as Miss Geek 2016.

“I attribute the success I have today to the education I got from Agahozo. I learnt how to manage time and being committed in everything.  This enabled me to join Kepler Tech lab from which I will graduate in 2018. Currently I am working on an irrigation project that will benefit Rwandan farmers,” She told KT Press.

Celestine Abindekwe Ngarambe 25 is another alumna who graduated from Agahozo in 2013. She is currently working as customer care and training officer with One Laptop per Child – a Non-Governmental Organization that distributes laptops for academic purposes.

“Agahozo is my family where I received six months training on XO laptops that I am working on today. I am a happily young married woman and I always count on Agahozo for any assistance,” She told KT Press.

On Thursday, 125 students graduated in the 6th intake which coincides with Agahozo’s 10th Anniversary.

“With the anniversary, we are celebrating achievements of working together as a family,” said Vincent Kalimba, the Village Director.

Students from this school secure scholarship for both local and international schools.

The school founder had created partnership with different Non- Governmental Organizations that keep the village going.

“Anne had established good partnership with different organizations and personal initiatives. The village still exists thanks to these donors,” Kalimba said.

The village has 16 supporters and 8 partners including Aegis Trust, Partners in Health, and USC Shohah Foundation. 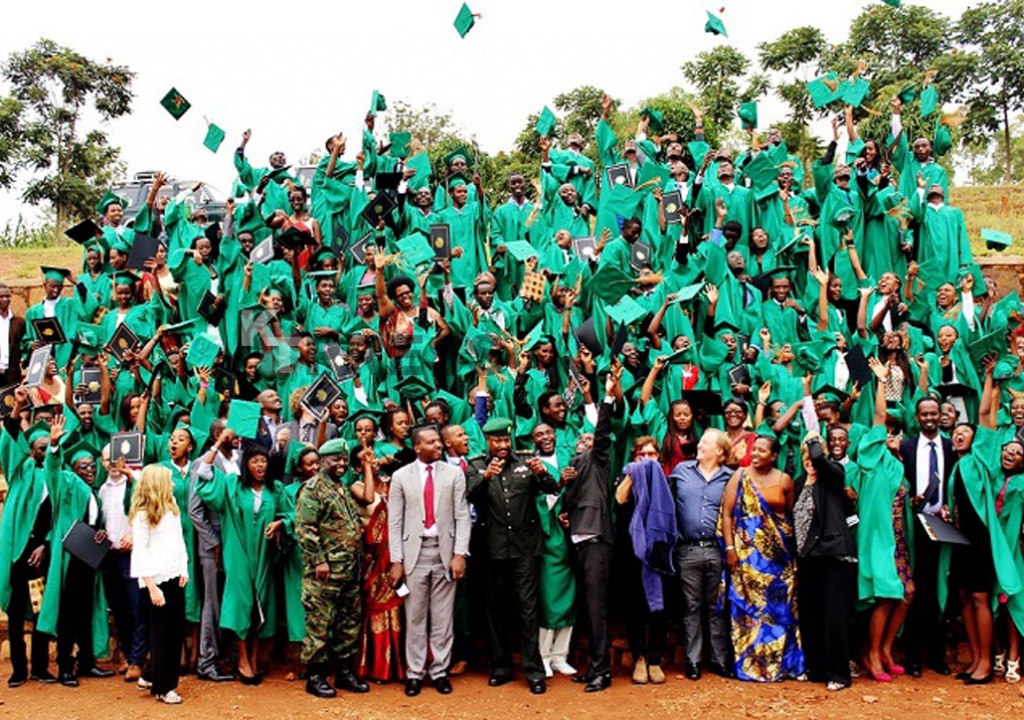