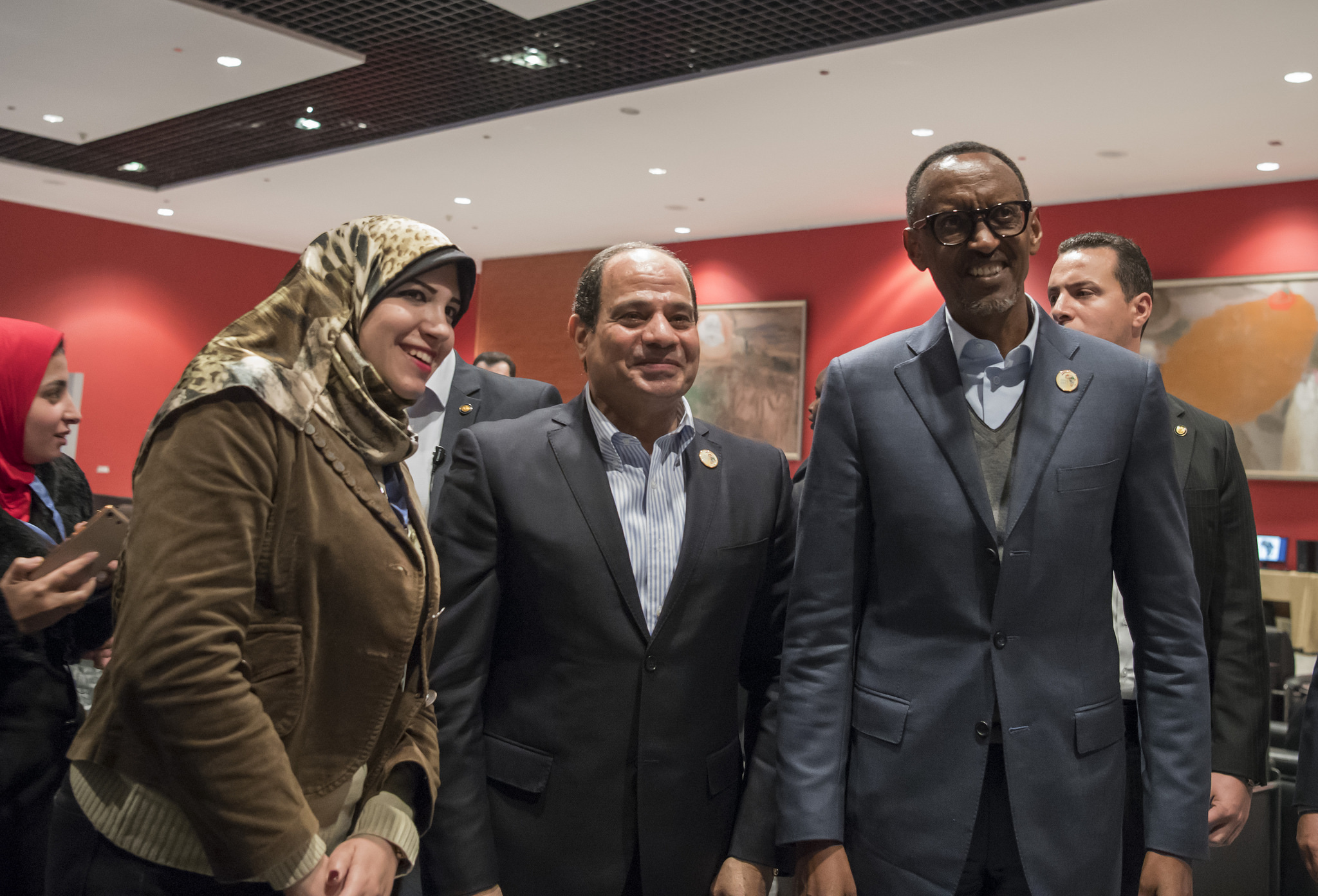 President Paul Kagame has told fellow African leaders that if the continent is to register rapid growth, there should be no room for ‘unnecessary red tape’.

President Kagame who was this afternoon delivering a speech at the official opening of Africa Business Forum in Sharm el Sheikh, Egypt, gave three key examples on what Africa needs to grow faster as a continent that has opportunities.

First, he said, African leaders should make it easier to do business in their countries.

“Our continent has to catch up fast, and compete globally. We can’t afford to waste opportunities because of unnecessary red tape, and the associated delays,” Kagame told the forum hosted by Egypt President Abdel Fattah el-Sisi. 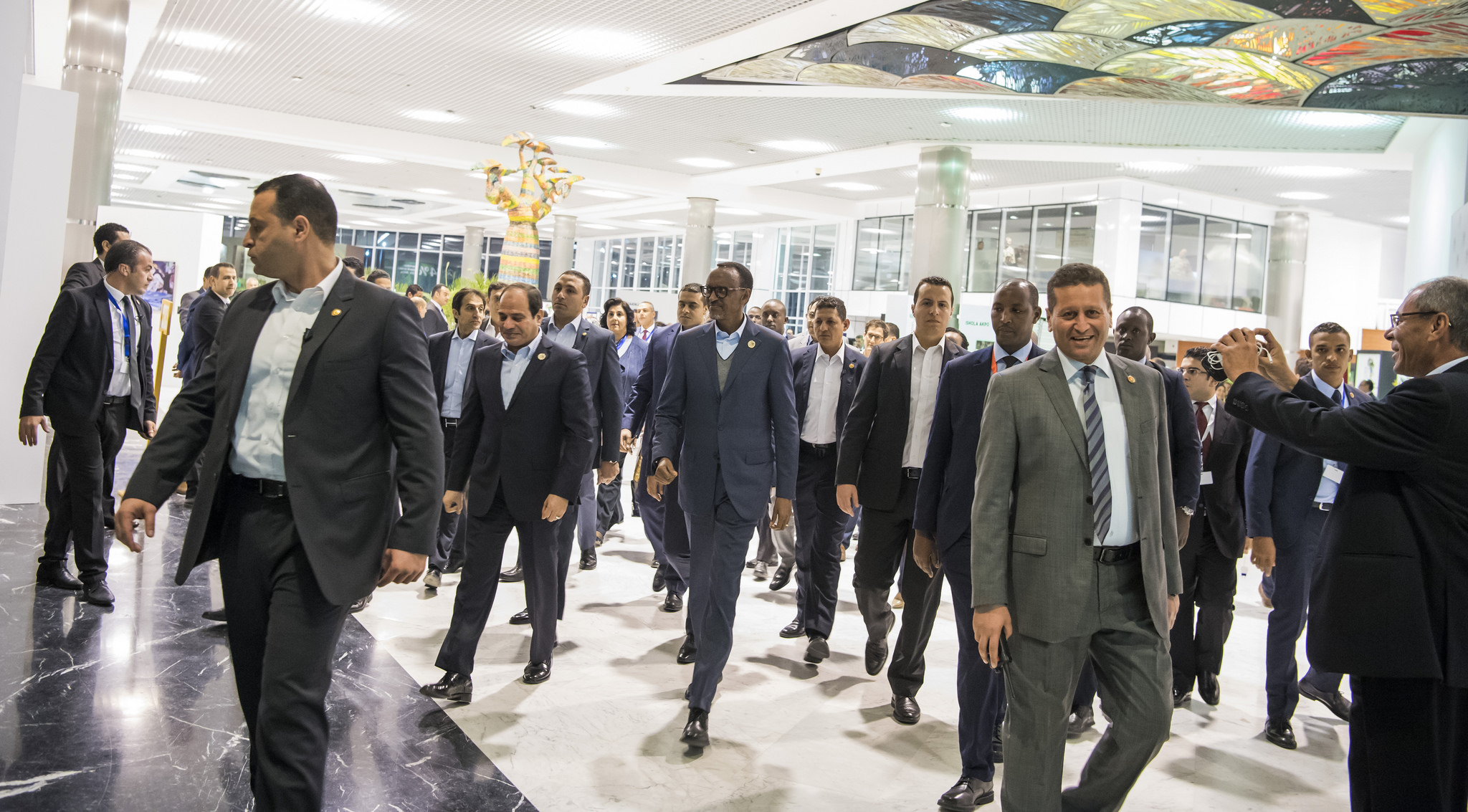 Kagame said that another good example that can make Africa prosper is “by making it easier to do business, with each other, in Africa, and integrating our markets, to make them more attractive for investment.”

The third example Kagame highlighted as the tool to drive Africa’s growth is “putting information technology and broadband connectivity into the hands of young people, particularly entrepreneurs.”

President Kagame believes that Africa’s future prosperity will be delivered, in large part, but “through inclusive private sector growth.”

He, however, told African leaders and other delegates at the forum that “governments have a big role to play, to make that a reality.”

He acknowledged that tangible steps are being taken especially on integration of the continent.

For instance, he told delegates at the forum, that: “This is why regional cooperation is becoming increasingly central to Africa’s future, as we see with the Tripartite Free Trade Area which joins COMESA, the East African Community and the Southern African Development Community.”

The President said that the institutional reform of the African Union that is currently underway, with strong support from African leaders, “is essential to getting these agreements fully operational, so that our citizens can enjoy the benefits.”

With such cooperation, Kagame told leaders, “That is the logic behind the Smart Africa initiative, based in Kigali, with more than 20 Member States around the continent.” 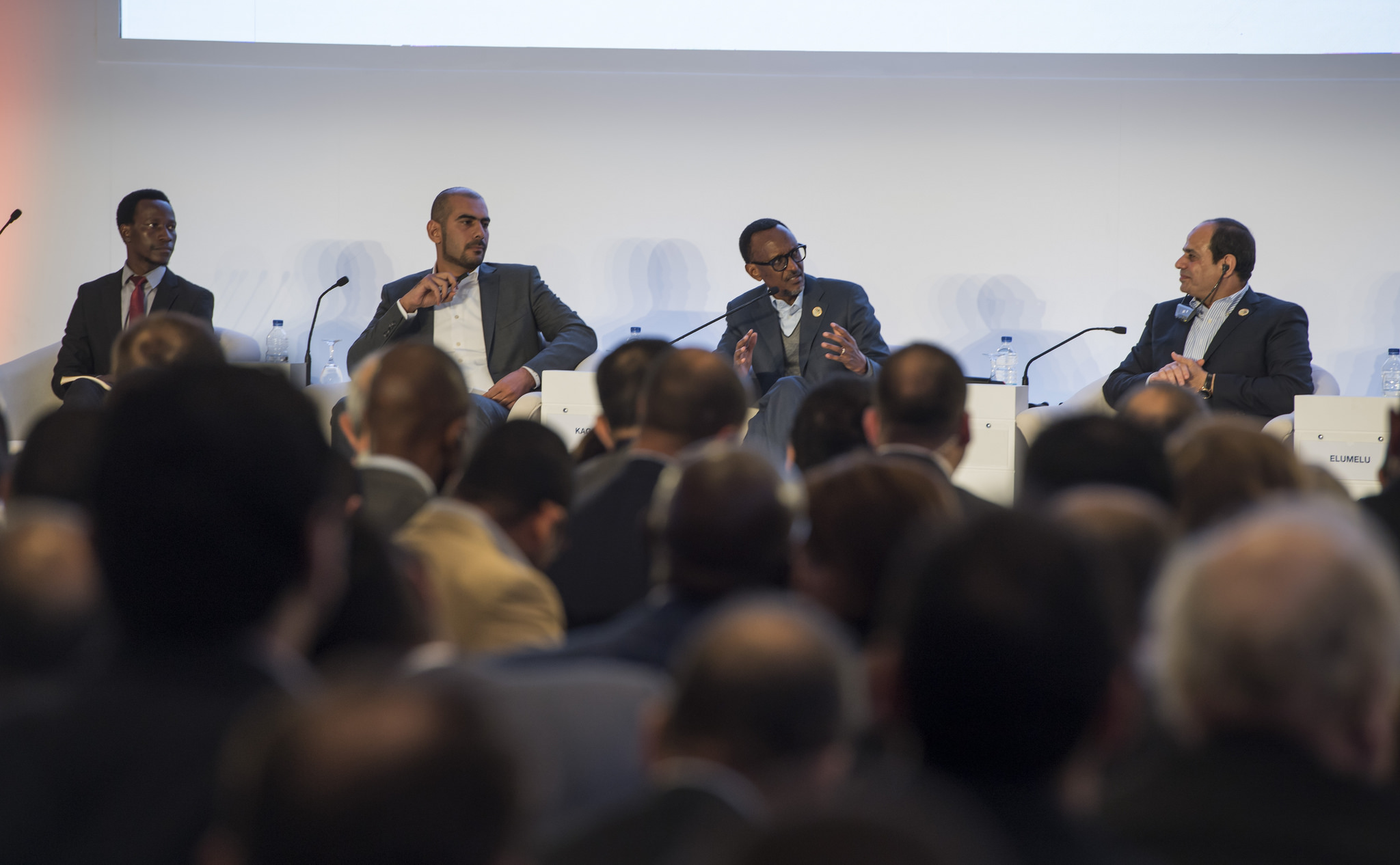 Kagame commended Egyptian President for his efforts to bring fellow leaders on board and forge solutions to the continent’s prosperity especially youth entrepreneurship.

“I wish to commend President Sisi’s vision and foresight, in bringing all the regions of our continent together, in collaboration with COMESA, to empower our youth through business and entrepreneurship.

This reminds us, once again, of Egypt’s historic commitment to Africa’s independence and progress, and its unique role as a bridge between Africa, and the wider Middle East.”

The Africa Business Forum 2017 is organized by the Ministry of Investment and International Cooperation of Egypt and the COMESA Regional Investment Agency (RIA). It brings together Heads of State and delegates from across Africa.