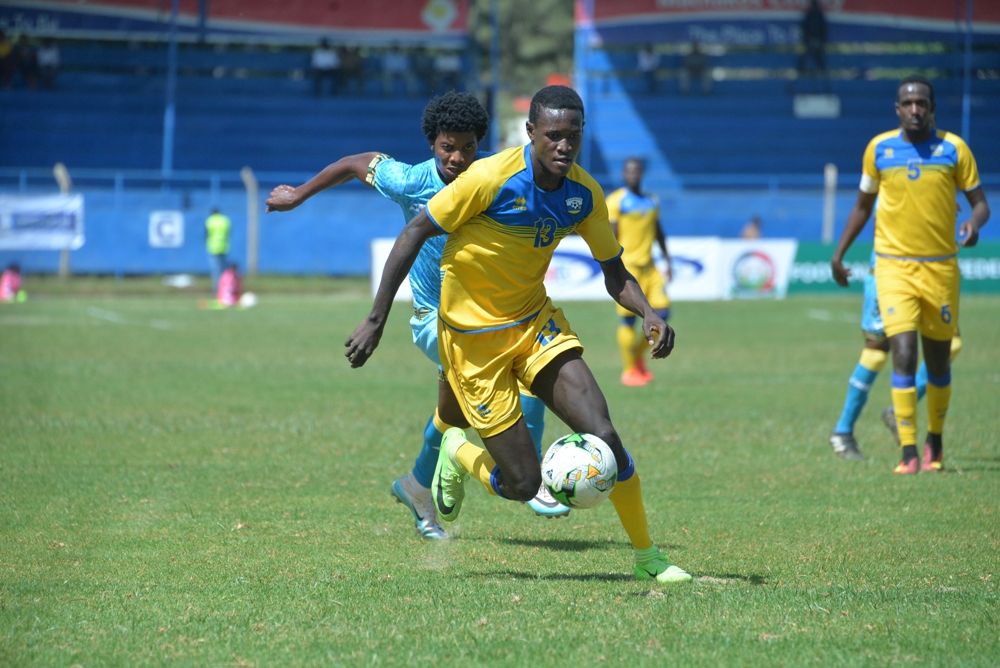 Rwanda meets Tanzania in their final Group A match of the on-going Cecafa Challenge Cup with a view of registering a positive finish to their unsuccessful campaign.

Both sides meet at 2pm (1pm Kigali time) at Kenyatta Stadium in Machakos in the first game of the day which will be proceeded with a cracker between hosts Kenya and table leaders Zanzibar.

Rwanda bottom of the five-team log with a point is tied on one point with Tanzania and will be aiming to win according to head coach Antoine Hey.

Speaking to KT Sports on Friday, Coach Hey said, “We want to end on a positive note and try to win. Several Players will get a new chance to impress.”

“The door to the CHAN Team is still open, both ways. So we expect a good individual Performance.

Among the players who will play the last match is goalie Marcel Nzarora who is yet to have a feel of the tournament.

“Marcel is playing such that all the three goalkeepers play in this tournament, players who were not involved today (Thursday) will start, players are coming in, getting a feel and a taste and we definitely want to win the last match.”

“The tournament was good for exactly what we wanted which was to develop our youngsters, give them experience, enough playing time and to also test one or two things that we have done.”

Both Rwanda and Tanzania are yet to win a match at this year’s edition with Rwanda having suffered defeats to hosts Kenya and Zanzibar before playing to a goalless draw with Libya.

Amavubi have scored only one goal in three matches, something the 1999 champions will be aiming to rectify in Saturday’s encounter.

The Tanzanians have accumulated the same amount of points as their Group A rivals with a 0-0 stalemate against Libya followed by a 2-1 loss to to Zanzibar.

Tanzania are three time champions of the East, Central African Tournament with their most recent success coming on home soil seven years ago.

The second game of Group A will pit Kenya against Zanzibar at 3:15pm local time. Hosts Kenya will be hoping to bag their second win so as to boost their qualification hopes.

The hosts are coming off a disappointing draw against Libya on Thursday in their second match and will want to do better on Saturday.

Despite winning their opening encounter 2-0 over Rwanda, coach Paul Put’s side could not replicate their form against the Mediterranean Knights.

On the log table, they remain placed at number two with four points, behind Zanzibar, who have six points from two wins.

A win for the Harambee Stars will see them with seven points to consolidate their berth in the semifinals and their bid to add to their six CECAFA titles.

The two nations have met on 21 occasions and the hosts, Kenya, enjoy an upper hand with 15 victories plus three draws and as many defeats.

Meanwhile, Uganda has risen to the top of Group B after thrashing South Sudan 5-1 at the Bukhungu Stadium in Kakamega on Friday thanks to goals from Milton Karisa, Hood Kaweesa, Derrick Nsibambi scored a double and Nicholas Wadada.

Uganda tops Group B on four points, as they lead Burundi on goal difference. Ethiopia have three points, while South Sudan are bottom and have been mathematically eliminated from semifinal contention.