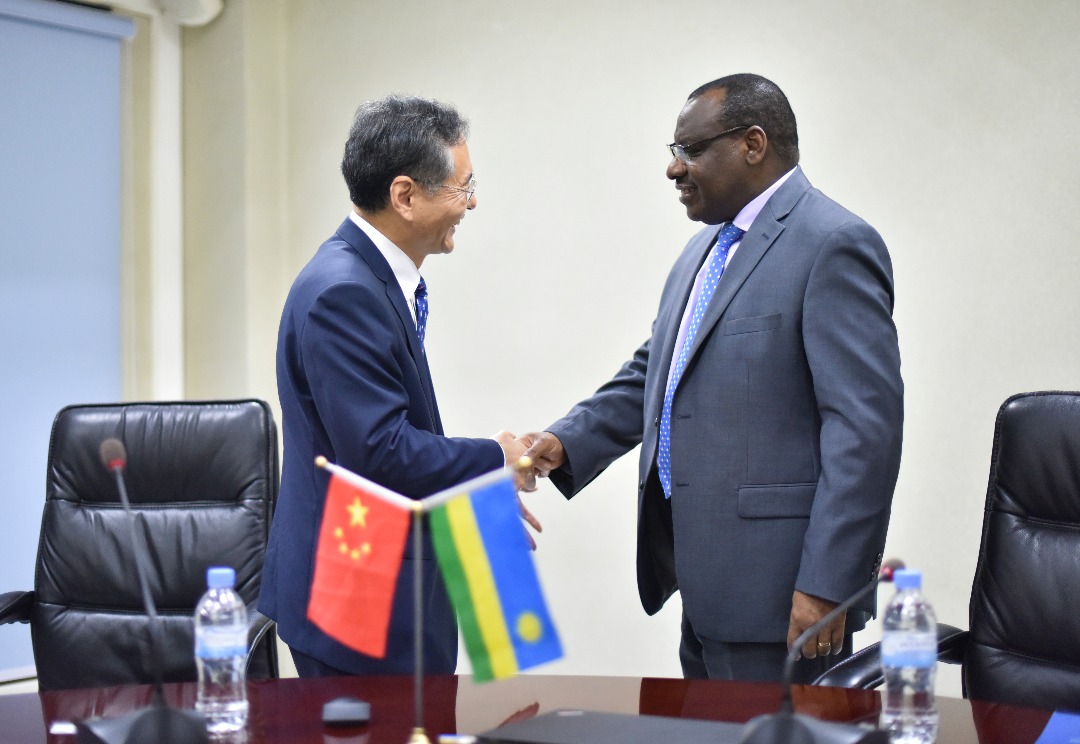 The Republic of China has pledged $32 million grant to fund extension of a polytechnic school in Musanze district and drilling of 200 boreholes in 11 districts of the country.

At the signing of grant agreement in Kigali, Minister of Finance and Economic Planning Claver Gatete said that a half of this fund is destined to provide more infrastructure and equipment that will triple capacity of Institute of Polytechnic Regional Centre (IPRC) Musanze.

Upon completion, IPRC Musanze will have a capacity to enroll 1500 diploma students and 400 short courses up from 560 diploma and 180 short course students respectively.

The school will get $16 million from the grant, while the boreholes project will get $8 million. The remaining $8 million will be budgeted for.

“We are grateful for China’s support which is crosscutting in key targeted development areas on which we have set our efforts in our development agenda,” Gatete said.

Olivier Rwamukwaya, the Minister of State in Charge of Technical Vocational Education and Training said that the sector has been lacking training equipment and facilities such as workshops.

Rwanda has a target to create 1.5million new jobs in the next seven years and 200.000 off-farm jobs annually, and technical skills have proved to be the way to go.

“China is willing to enhance relation through communication, industrialization and mechanization. This year, we are looking at more collaboration in investment, people to people exchange, trade and industry among others. We look forward to boost trade between two countries,” said Chinese Ambassador to Rwanda Rao Hongwei.

In a related development, Minister Gatete also clarified on media reports alleging that Rwanda is likely to fall on a debt deficit as a result of over borrowing.

Minister Gatate said that Rwanda debt locally stands at 10% and 36% externally, which is way below the 50 percent average on GDP as set by the World Bank standards.

In a statement released after the executive board’s decision, the IMF’s Deputy Managing Director and acting chair Tao Zhang said: “Rwanda’s Performance under the SCF arrangement and PSI-supported program has been strong and the country has made notable progress in reducing external imbalances which has helped safeguard macroeconomic stability and improved prospects for long term growth.”

Kagame Thanks Africa for ‘Double Trust’