Kagame to Discuss Security at WEF 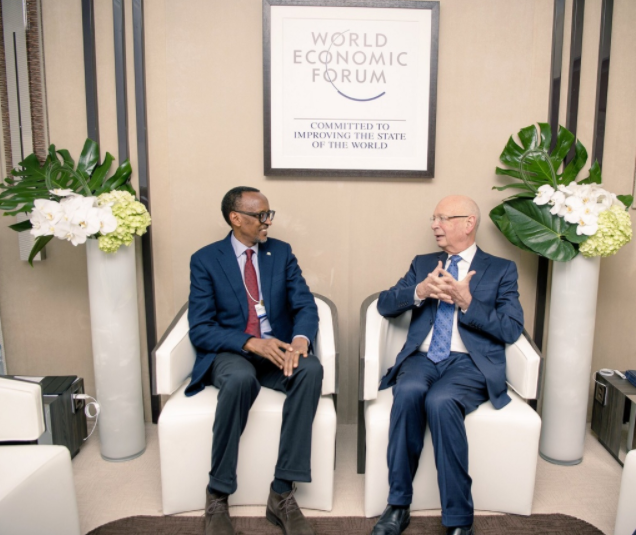 President Paul Kagame today arrived in Davos, Switzerland for the 48th World Economic Forum and is expected to speak at two key events.

The forum is an annual global gathering that brings together Heads of State and government, as well as top global business executives to engage in ways of shaping global, regional and industry agendas.

Kagame, a regular visitor at Davos, is expected to speak at the Washington Post Foreign Policy Lunch 2018 as well as deliver the closing remarks at the Peace-building in Africa session.

One of Africa’s current threats to development is conflicts in different parts of the continent.

With Rwanda becoming a global icon in contributing to peacekeeping operations in Africa and around the world, Kagame, who assumes other responsibilities as the African Union (AU) chairperson towards end of this month, is likely to draw a roadmap that would help bring peace on the continent.

This year’s opening plenary will begin with a Special Address by Alain Berset, President of the Swiss Confederation, followed by welcoming remarks by Professor Klaus Schwab – the forum’s founder.

Other speakers at this year’s forum include India’s President Narendra Modi who will deliver the key opening Special Address.

The forum’s programme is built around four key objectives; driving sustained economic progress, navigating a multipolar and multi-conceptual world, overcoming divisions in society and shaping the agile governance of technology.