President Kagame in Tanzania for a Working Visit 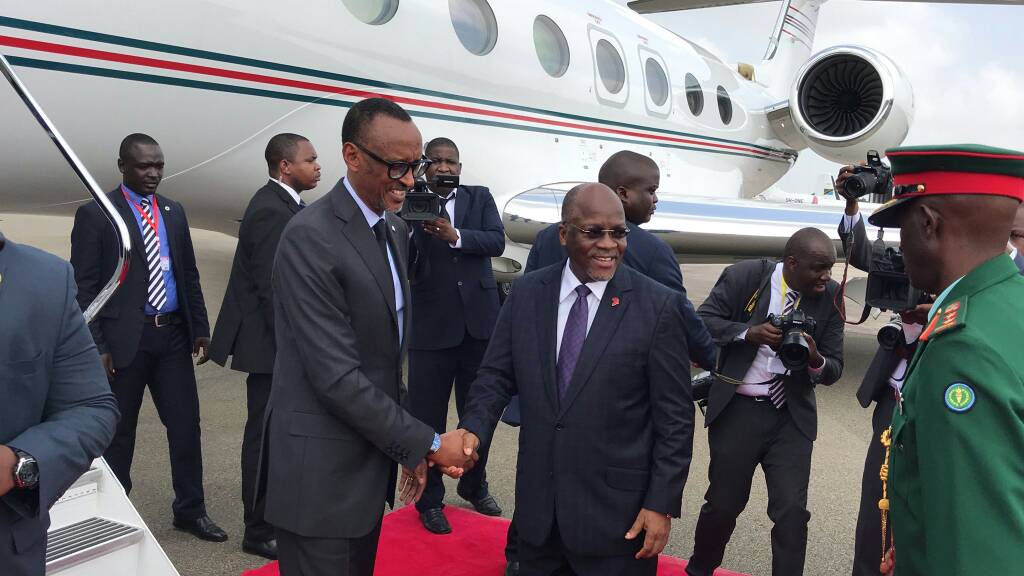 President Paul Kagame has arrived in Tanzania for a 1 day working visit, the office of the President has said.

Upon arrival at Julius Nyerere International Airport(JNIA) in Dar-es-Salam, Kagame was received by his Tanzanian counterpart Joseph John Pombe Magufuli.

Kagame was last in Tanzania in November 2015 for Magufuli inauguration while Magufuli visited Rwanda in April 2016.

During his visit, Mugufuli joined Kagame to inaugurate Rusumo border post, a very busy border facility between both countries.

At this same visit, Magufuli also joined Rwandans for the 22nd commemoration of the Genocide against Tutsi.