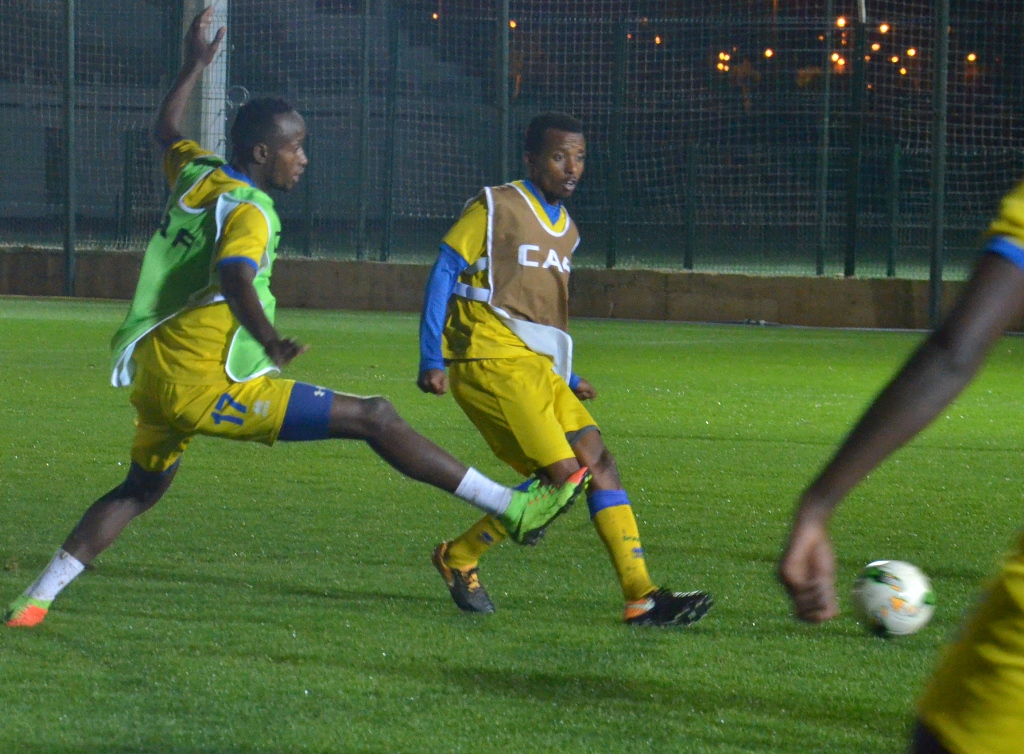 The Amavubi team is competing in the finals for the fourth time having reached the quarter-final in the last edition of the tournament held in Kigali and edged out Ethiopia in the play-off of the qualification round in November 2017.

Rwanda believes that an opening win will successfully launch their campaign of reaching far in this tournament.

Rwandan Coach Antoine Hey stated that Rwanda is ready for a good start in the tournament when they face Nigeria in the opening match.

“We are placed in a strong group and we have four teams that I think each of these four teams can qualify for quarterfinals or get out of the tournament. Our opening game is very important.Against Nigeria, it will not be so easy as everyone in our opponent’s camp thinks, we are ready and I hope Nigeria is ready too. Our target is to win the game,”

His Nigerian counterpart Salisu Yusuf reiterated that his side is well prepared for the task ahead, and they have come to win in Morocco. “Before we left Nigeria, we didn’t have a target bit we believe that participating in any tournament is to win,- he said.

“We are very humble and we respect every team that has qualified to be here. The most important thing for us is to focus and see how we can qualify for the next round and move on from there.

“We want to do well and I believe we will do well,” Salisu concluded.

On his part, the Amavubi Captain Eric Ndayishimiye a.k.a Bakame said, “We are facing a strong Nigerian team in our first group opening match. It’s a strong and good squad with rich football history and usually opening matches are always difficult. However, we are well prepared, very committed and ready for this crucial game.Our mission is to secure maximum points and I can guarantee you that everyone is ready for the battle,”

Rwanda goes into Monday’s game with no injuries, a big boost to Coach Antoine Hey who will be having a wide pool of players to make his first choice of players who will start in a must-win encounter against Nigeria.

When Rwanda hosted CHAN 2016 edition, Amavubi made the most of home advantage and reached the quarter-final stage of the tournament, losing 2-1 to the eventual winners DR Congo in extra-time.

It was the first time Rwanda had progressed past the group stage of the continent’s second-most prestigious football tournament.

Meanwhile, the Total CHAN tournament began on Saturday with hosts Morocco thrashing Mauritania 4-0 in Casablanca. Then on Sunday, Sudan defeated Guinea 2-1 in the second Group A match.

In Group B matches played on Sunday, Zambia confirmed their superiority over Uganda with a 3-1 win while debutants Namibia shocked Cote d’Ivoire as they defeated the West Africans 1-0 in Marrakech.