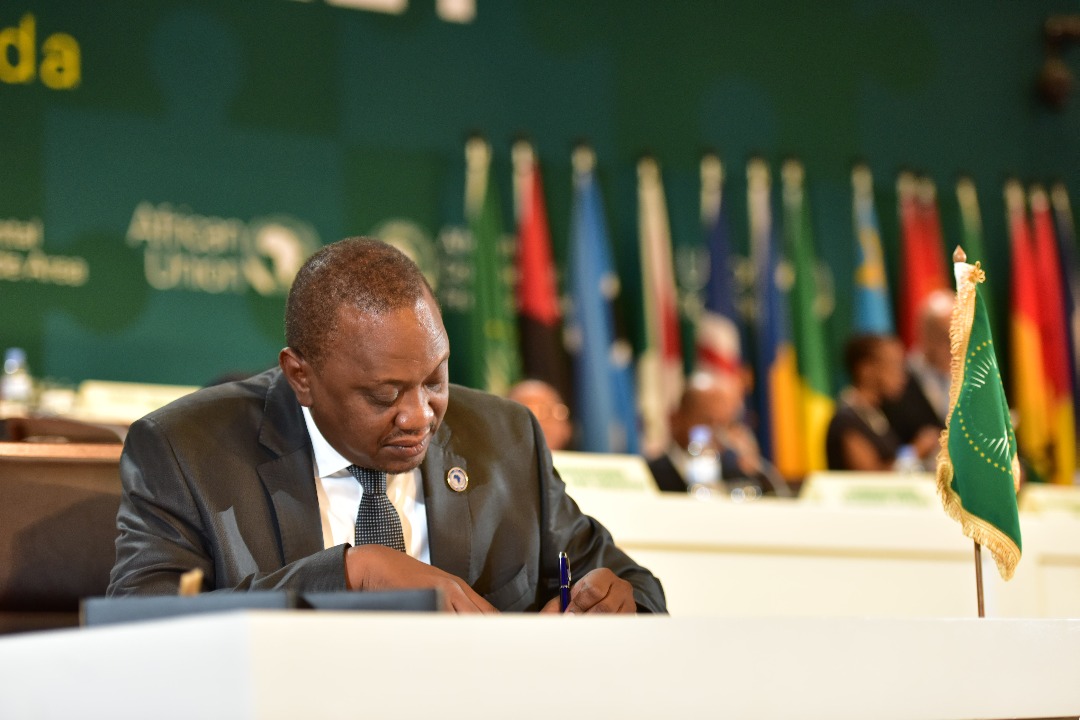 Kenya’s President Uhuru Kenyatta this evening shared the communique on his twitter handle, expressing satisfaction following his signature on three protocols in Kigali.

This was the first cabinet sitting since President Uhuru Kenyatta was re-elected.

The Cabinet which was chaired by President Uhuru Kenyatta and attended by Deputy President William Ruto, urged the private sector to take full advantage of the business opportunities presented by the AfCFTA deal to extend Kenya’s foothold into all the 54 African nations.

“It is a great opportunity to export goods and services to the region and the continent,” part of the Cabinet communique reads.

The Bill for ratifying the treaty will be presented to Kenyan Parliament within the next few days following its approval by Cabinet in its first sitting, a communique states.

The AfCFTA will establish a single liberalized market that will spur industrialization, infrastructural development, economic diversification and trade across the continent that is home to more than 1.2 billion people.

When fully implemented, the treaty is expected to enable residents of all member countries to enjoy the convenience of a single passport and currency.

The trade deal also binds all State parties to eight objectives including the progressive elimination of tariffs and non-tariff barriers to trade in goods.

The signatory State parties are also expected to progressively liberalize trade in services.

Under the agreement, African countries will established a mechanism for the settlement of disputes concerning their rights and obligations.

Meanwhile, the treaty will come into effect after it is ratified by 22 countries. Kenya would be one of the first countries to have adopted the agreement.