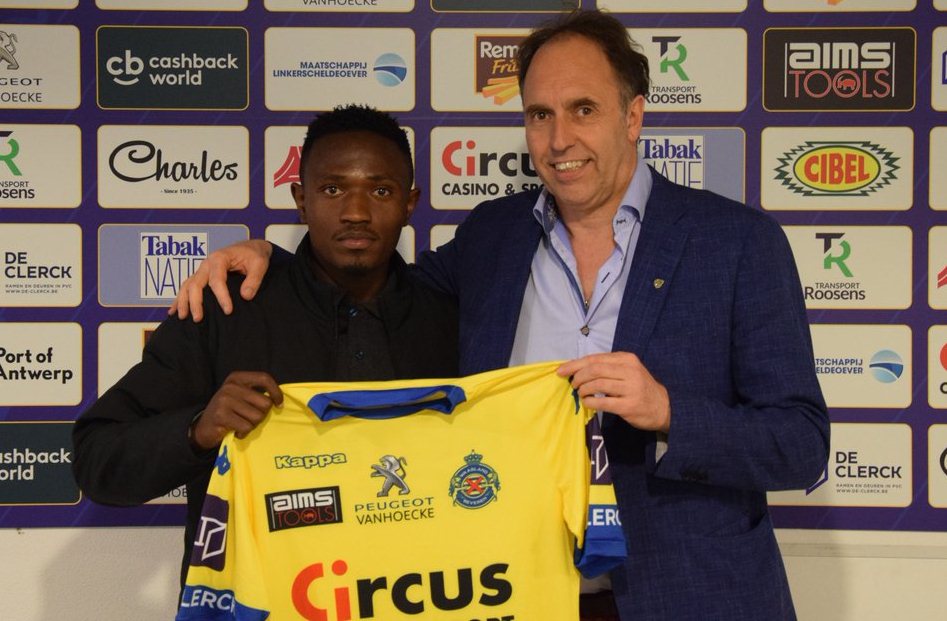 Amavubi and APR Fc midfielder has joined Belgium side Waasland-Beveren. He was unveiled on Thursday. Courtesy Photo

According to Waasland-Beveren, the 21-year old Rwanda international has signed a three-year contract with an option of a fourth one.

Bizimana has been in Belgium since a fortnight ago.

“He had a week to convince the sporting cell of his qualities. That is a chance he grabbed with both hands. He surprised every teammate, but also the staff and the sporting leadership with his abilities,”

“The Rwandan, who at the age of 21 already wrote twenty international matches, shows that he is a solid defensive midfielder with offensive impulses. He is also top scorer in the CAF Champions League, the African counterpart of the most prestigious tournament in Europe. Not bad as a defensive midfielder, if you ask us. Waasland-Beveren will be the first club outside Africa where he is active, he comes from APR FC,”

“We look forward to admiring him on the Freethiel. Welcome, Jihad,” the club said in a statement.

Bizimana started his career with Etincelles before joining Rayon Sports where he played two seasons and later joined APR in 2015.

Waasland-Beveren is in 12th place with 35 points in the Belgian first division league.