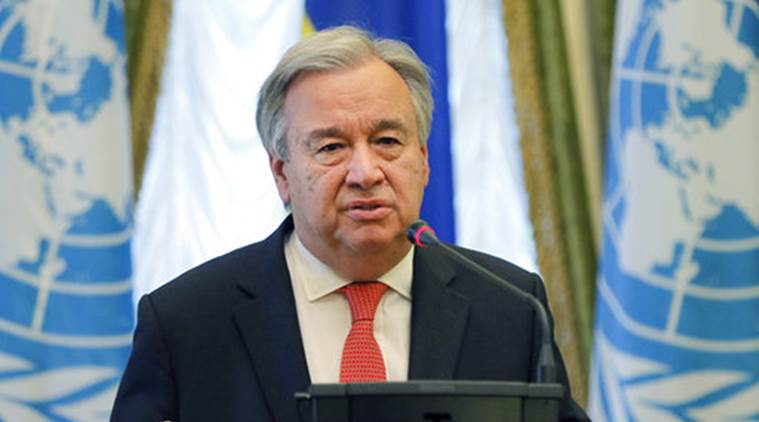 UN Secretary-General Antonio GuterresCountless messages from different dignitaries and friends of Rwanda continue to pour in, as Rwandans mourn over one million people killed during the Genocide against Tutsi.

A research commissioned by local government Ministry in 2000 pointed out that an approximate 1,074,017 were killed in the 1994 Genocide against Tutsi – April 7th and July 4th 1994.

A message from the UN Secretary-General sent on Saturday morning read thus:

“Twenty-four years ago, more than 800,000 people were systematically killed in the Genocide against the Tutsi in Rwanda. The best way to honour the victims and survivors is to ensure it never happens again, anywhere,” said António Guterres – United Nations Secretary General.

In January, the UN officially designated 7 April as the International Day of Reflection on the 1994 Genocide against the Tutsi in Rwanda.

Since April 7th 2004, UN General Assembly has been observing the atrocities in Rwanda as just the International Day of Reflection on the Genocide in Rwanda, which, according to Rwanda was demeaning and ignoring facts.

The UN has now changed the narrative and it has decided to “designate 7 April as the International Day of Reflection on the 1994 Genocide against the Tutsi in Rwanda.”

From New York back to African Union headquarters, Mousa Faki Mahamat – the Chairperson of the African Union Commission also expressed his solidarity with Rwandans.

“We mark our solidarity with Rwanda and her people, knowing that this solidarity made them sorely lacking when they needed it most,” he said.

“I would like to pay tribute to the Government and people of Rwanda for making reconciliation their motto and the unity of the country the antidote to hatred. Rwanda has succeeded beyond all expectations,” he added.

During Kwibuka23, Mahamat joined President Paul Kagame to lay the wreath at Kigali Genocide Memorial and to light the flame of remembrance, events that launch the commemoration week.

“A message of love and solidarity to my countless friends in Rwanda as they commemorate 24 years since the Genocide against the Tutsis that stole one million precious lives. Remember. Unite. Renew. Your country has become a beacon of hope, forgiveness and resilience,” Phil Quin – an International media consultant and writer said.

“Today we honour the victims and those who refused to take part in the Genocide against the Tutsi in Rwanda. We, the international community, have a responsibility to protect and remember,” said Margot Wallström – Minister for Foreign Affairs of Sweden.

New U.S. Ambassador to Rwanda, Peter H. Vrooman who presented his papers of credence to President Kagame yesterday, said: “Thank you President Paul Kagame for receiving me today on the eve of #Kwibuka24. I look forward to getting to know Rwanda, Rwandans Remember.”

“Today my thoughts are with all Rwandans who lost their loved ones in the Genocide against the Tutsi. As you’ll never forget the victims we are many who’ll never forget the failure of the international community. It is a painful day, but only through knowledge and remembrance we learn,” Jenny Ohlsson – Swedish ambassador to Rwanda tweeted.

Another message came from the Next Einstein Forum which concluded its second gathering in Rwanda last week.

“As Rwandans begin the 24th commemoration of the Genocide against the Tutsi, the AIMS & @NextEinsteinFor families remember all the lost & stand with survivors. We congratulate the Rwandan government & people for choosing unity, to rebuild together.  #Kwibuka24,” a NEF tweet reads.

Meanwhile, NEF has joined Rwandans in the Walk to Remember.

In other countries, the President of Central Africa Republic joined the Rwandan peace keepers in his country to commemorate the genocide.