The 25th Society for Worldwide Interbank Financial Telecommunication (SWIFT) Africa Regional Conference (ARC) has opened in Kigali with a new financial report showing that intra-Africa payments clearing and trade is increasing in importance.

The report shows that a significant increase in intra-African commercial payments, with almost 20% of all cross-border commercial payments being credited to an African beneficiary with more goods and services being bought and sold within Africa, up from 16.7% in 2013.

Intra-African clearing of payments has also increased, from 10.2% in 2013 to 12.3% in 2017, indicating that an increasing number of payments are being routed through Africa instead of via a clearing bank outside of Africa.

While North America remains the main payment route of financial flows from Africa, its dominance is declining. Banks in North America (mainly the United States) now receive 39.5% of all payments sent by Africa, down from 41.7% in 2013. 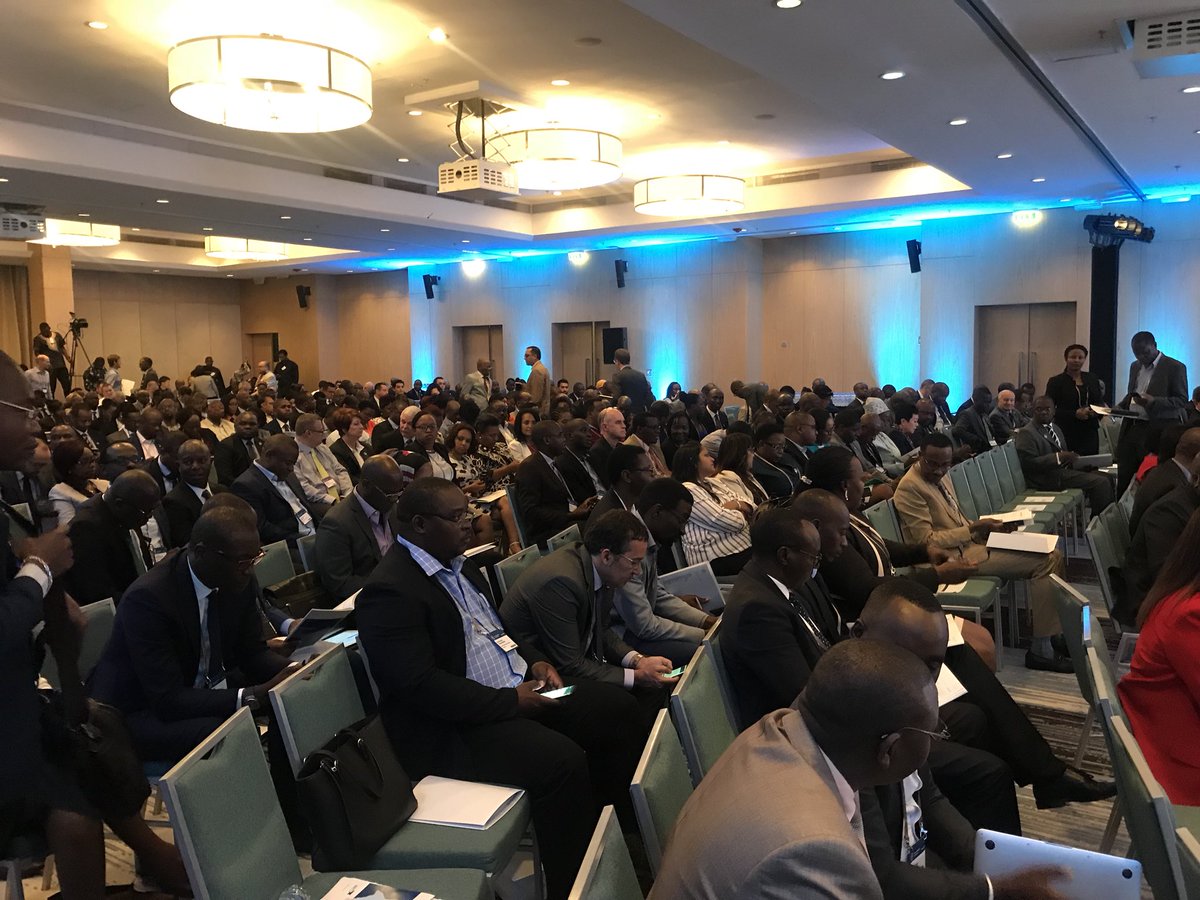 Also use of local currencies such as the West African franc and South African rand is increasing. Use of the franc for cross-border payments has overtaken the rand and the British pound, accounting for 7.3% of payments in 2017, up from 4.4% in 2013.

The rand has seen a smaller increase in cross-border payments from 6.3% to 7.2%.

In contrast, SWIFT data suggests that both the British pound and UK clearing banks are losing share of African imports with commercial flows dropping from 10.4% in 2013 to 9% in 2017 and financial flows from 11.7% to 9.3%.

With this untapped richness, the Africa market trade worth $3 Trillion with a population of 1.2 billion, and the ongoing signing of the Africa Continental Free Trade Area (AfCFTA) and Airspace agreements, its predicted that trade on the continent will hit $100 Trillion market with 4 billion consumers before end of the century.

Basing on these facts, Rwanda’s Prime Minister, Dr. Edouard Ngirente – who officially opened the three day SWIFT community event in Kigali, called for a push on an agenda of promoting innovation and developing a technology ecosystem in financial services to shape the future of Africa’s financial industry.

“All SWIFT members and partners should to work towards pushing the agenda of promoting innovation and developing an ecosystem where technology in financial services can flourish in Africa,” Ngirente said at Marriot Kigali Hotel where the event is ongoing.

Africa’s agenda 2063 aims to be on equal footing with the rest of the world as an information society, an integrated e-economy where every government, business and citizen has access to reliable and affordable ICT services.

With a growth of more than 8% on average in the last decade, Rwanda for example, recently launched the Rwanda Research and Innovation Fund to help support technology businesses to access financial support and mentorship and contribute to the digital revolution in Rwanda’s financial services and the economy as a whole, and at the same time Rwanda’s National Strategy for Transformation (2017- 2024) has targeted to position itself as a hub for financial services.
For example, FinsCope 2016 showed that 89% of adults in Rwanda are financially included compared 72% in 2012, including both formal and informal financial services. Out of these, 68% of adults were formally financially included.

Just recently, in partnership with the Private sector Rwanda concluded a countrywide cashless campaign, to merchants encouraging them to think about digital finance, adopt electronic payments and embrace the change in the financial sector.
Amidst this steady financial sector growth, the Governor of Rwanda Central Bank (BNR), John Rwangombwa said that that as we move digital, the challenge of cyber-crime becomes more pronounced and requires our concerted efforts to deal with it in the strongest way possible.
Rwanda has been a high target of cyber-attacks, with at least eight million cyber space attackers in 2016 and in 2015 alone 25 million attempts to steal money from BNR but were unsuccessful, while more than 1,000 attacks thwarted daily.
“It is therefore key that we consistently share ideas on how best we can deal with these changes, brainstorm on how we can innovate and be the leaders in this tech revolution” Rwangombwa said.
SWIFT is a global banking and financial cooperative that brings together institutional members from more than 200 countries and territories and the National Bank of Rwanda has been a member since 1998.