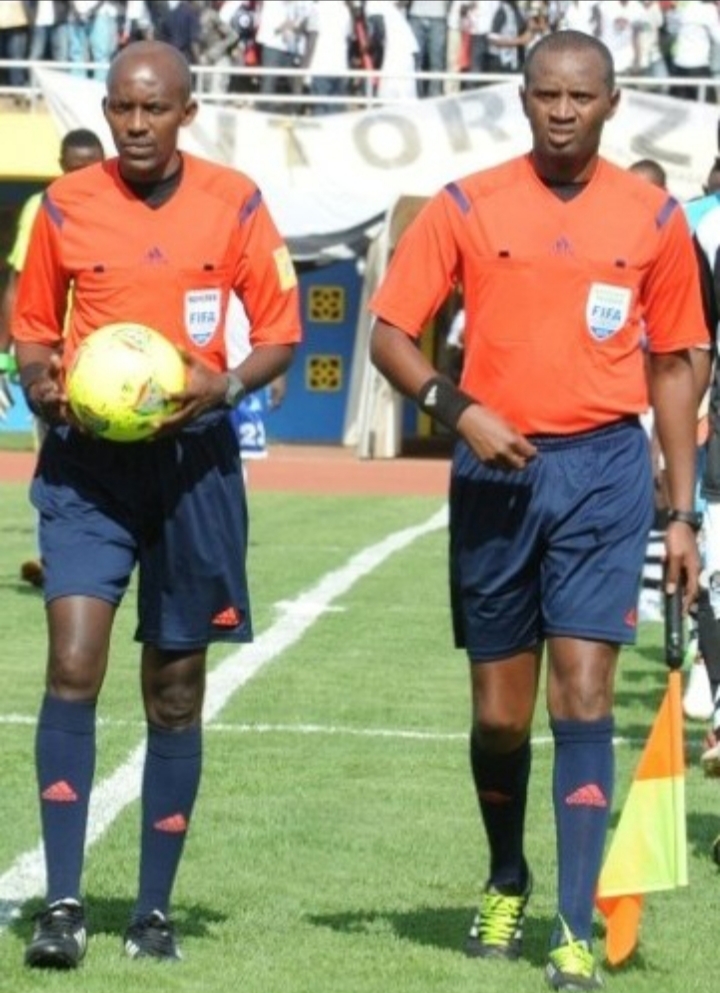 Two international Rwandan referees Louis Hakizimana and Theogene Ndagijimana have been picked among 18 match officials to officiate the upcoming Cecafa Club Championship which gets underway in Dar es Salaam, Tanzania.

The men’s club championship, popularly known as Kagame Cup, will be held between June 28 and July 13 in Dar es Salaam, Tanzania for the first time since 2015, while the women’s showpiece has not taken place since September 2016.

All referees are expected in Dar es Salaam on June 25 ahead of the mandatory physical fitness test prior to the start of the tournament.

Kagame Cup will see 12 teams from Rwanda, Kenya, Zanzibar, Uganda, Tanzania, Somalia, Ethiopia, Burundi and Djibouti battle it out for the title.

Kenyan champions Gor Mahia, who emerged runners up in the 2015 edition, have been drawn in Group B of this month’s tourney alongside Rwanda’s Rayon Sport, Burundi’s Lydia Ludic and Ports of Djibouti.

Yanga were in Group C alongside arch-rivals Simba SC, Ethiopia’s St George and Dakadaha of Somalia, but they pulled out late last week owing to a “tight schedule”.

Meanwhile, Cecafa Secretary General Nicholas Musonye will this week name replacements of Tanzania’s Young Africans SC and Ethiopia’s St. George who have pulled out of the tournament.

Group A has Tanzania’s Azam, who are the defending champions, Uganda’s Vipers, JKU from Zanzibar and Kator FC from South Sudan.

The 7,000-seater Chamazi Stadium in Mbagala and the National Stadiums in Dar es Salaam have been set aside to host the matches whose winner will go home with $30,000 award.

Azam won the 2015 edition of CECAFA after defeating then favourites Gor Mahia by 2-0 hence they are eager to shine again this year.

Skipper John Bocco and Kipre Tchetche scored in each half to claim the silverware which is contested by East and Central African Clubs.

The win made Azam to complete the tournament without conceding a single goal whilst at the same time ending Gor Mahia’s unbeaten run in the tournament.

Besides lifting the trophy, Azam pocketed US dollars 30,000 while runners-up Gor Mahia returned home with US dollars 20,000.

This year’s edition winner is expected to bag US dollars 30,000 (Rwf.26m) whereby the second and third winners will take home about Rwf. 17m and RWf. 8.6m respectively.