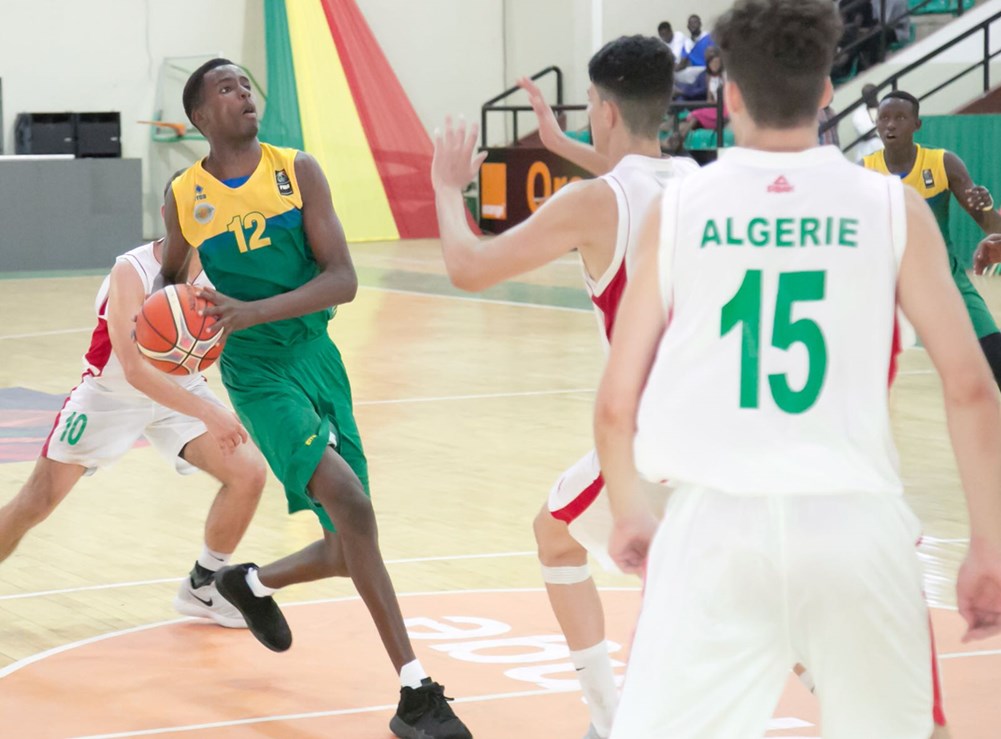 Rwanda U-18 basketball team got off to brilliant start to the FIBA U18 African Championship 2018 after defeating Algeria and Tunisia in Group A matches played on Friday and Saturday in Malian’s capital city of Bamako.

After two matches, Rwanda tops Group B with four matches. Rwanda will be back in action on Sunday when they take on Angola at 21:15, Cote d’Ivoire on Tuesday and Senegal on Wednesday.

The Preliminary Phase of the tournament is being played in a round robin format, with every team taking on its five (5) opponents in its respective group.

The top four teams from each group will advance to the Final Phase played in a knockout format from the Quarter-Finals onwards (Semi-Final and Final).

The 3rd Place Game and the Final will be played on the last day of the tournament (September 2).

The Winner and the Runners-up will secure tickets for FIBA U19 Basketball World Cup 2019.