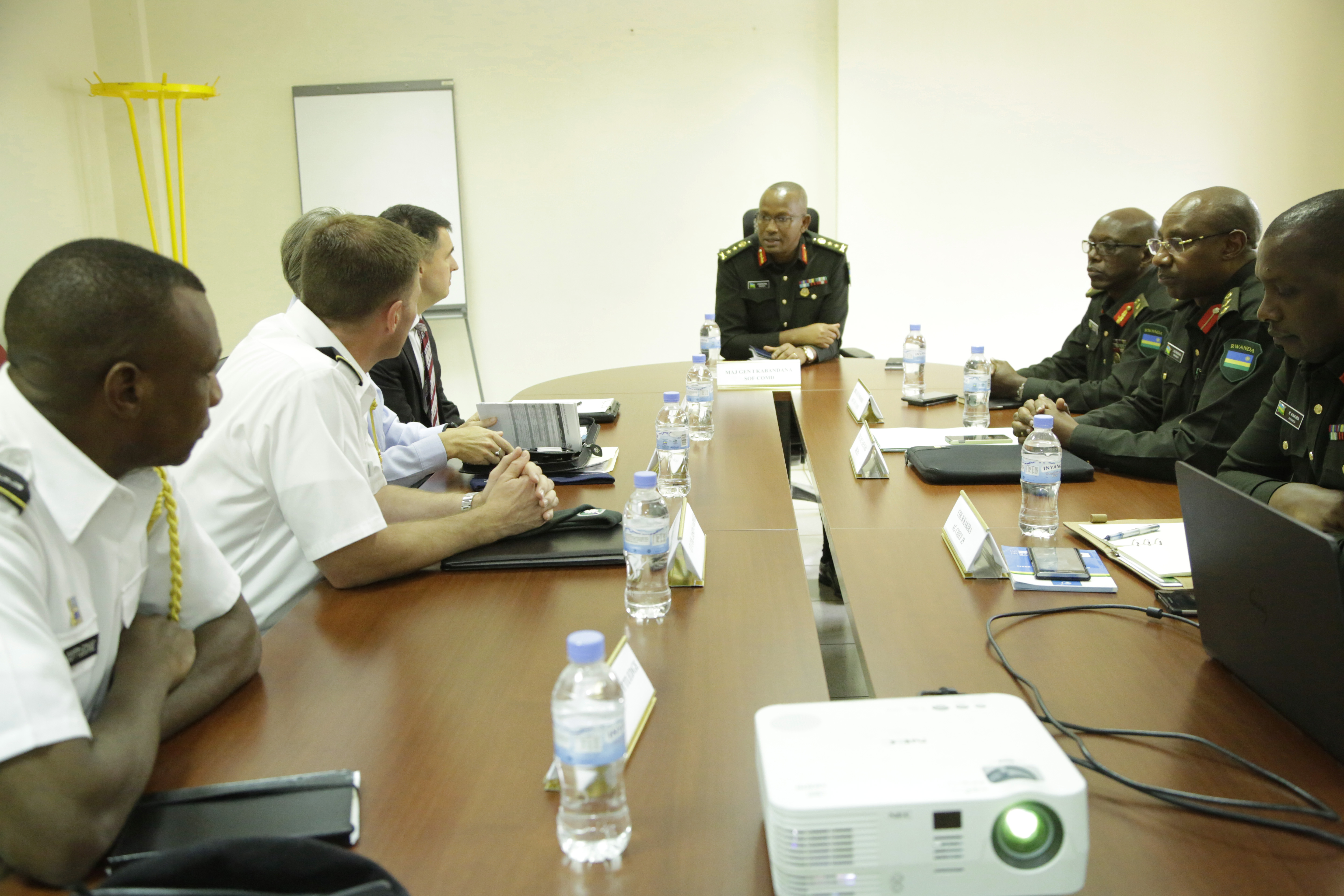 Delegates from the United States National Defence University (NDU) in a meeting with RDF leaders. Talks are underway to establish a similar University in Rwanda.

Rwanda Defence Force (RDF) will in the next few years establish a state-of-the-art National Defence University that will produce highly trained military and civilian personnel.

On Wednesday, September 19, a delegation from United States National Defence University (NDU) held talks with RDF officials to establish a joint partnership to have the University up and running.

The delegation that is on a 3-Day visit to the country was led by Benjamin Crocket NDU associate dean.

Lt Col Jason Farmer, Defence Attaché at the US Embassy in Kigali told journalists that the talks yielded tangible results.

He pointed out that it is absolutely feasible, adding that the National Defence University in the United States is eager to partner with Rwanda Defence Force to see what this institution could look like.

“Rwanda already has a number of academies and institutions including The Command Staff College in Musanze, the NCO academy in Gabiro and the Rwanda Military Academy in Gako. There is already a culture of professional military education here and this is simply adding the next level at the Colonel and above in their educational and professional military career,” he added.

Mid-level operational commanders and staff officers need is catered for at Rwanda Defence Force Command and Staff college in Musanze – Nyakinama since 2012.

Lt Col. Munyengango added that all these training institutions combined have enabled the RDF to develop into a force that has well trained and capable troops, led by well-equipped tactical and operational commanders, but underscored a need for an extra mile.

“In order to produce and sustain the required multi-level human resource base, RDF needs to move to another level of its training ladder by establishing a strategic level National Defence University that will impart to senior military and civilian officers the required knowledge and skills to ensure a concerted and successful inter-agency cooperation towards achieving national and multinational assignments” he told KT Press.

He revealed to KT Press that Rwanda’s National Defence University will at the same time “produce graduates who are skilled, critical thinkers and complex problem solvers in the particular Rwandan development path.”

APR FC, Mukura VS to Face Off in Super Cup Next Month