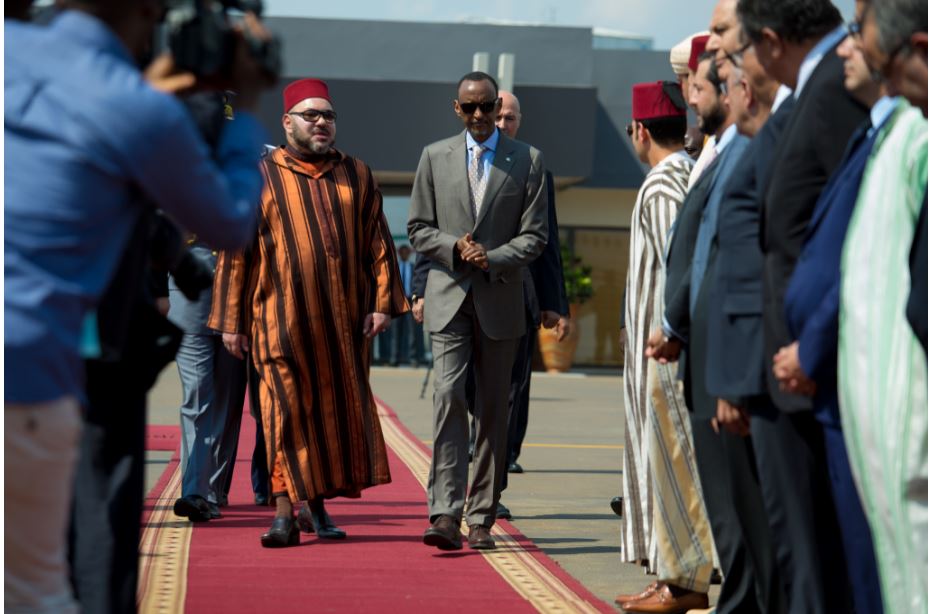 President Paul Kagame has had a phone conversation with King Mohammed VI of Marocco who promised continued support to the African Union (AU) reforms, media in Morocco has reported.

Kagame who is also the current chairperson of the African Union had the conversation with the King on Monday, November 5.

The president was in July 2016 tasked by the African heads of state and government to make AU reforms and make the union an autonomous organization which rely little or not at all on foreign aid.

In January 2017, Kagame and a team of experts he had formed presented their proposal to the General Assembly. It was agreed that every country will contribute a 0.2% levy on its imports to support African union’s activities/operations.

Some countries have already executed these reforms.

The eleventh Extraordinary Session of the Assembly of the African Union is scheduled to take place on November 17 in Addis Ababa – Ethiopia and is expected to take further decisions about AU reforms.

“The King pledged his support to President Kagame in this reform exercise,” part of the story reads.

Kagame and King Mohammed VI also reiterated the need to keep the cordial relations between both countries in several areas. S

While in a state visit in Rwanda, King Mohammed VI of Morocco together with President Kagame witnessed the signing of 21 hot deals of projects.

The King himself invested $41 million in acquisition of 76.19% shares in Cogebanque-a commercial bank that was owned by Rwandan shareholders.

In Partnership with Development Bank of Rwanda (BRD), the ground-breaking for construction of the appartments will take place early December.