25 Years After the Genocide: Hundreds of Survivors Don’t Know their Roots 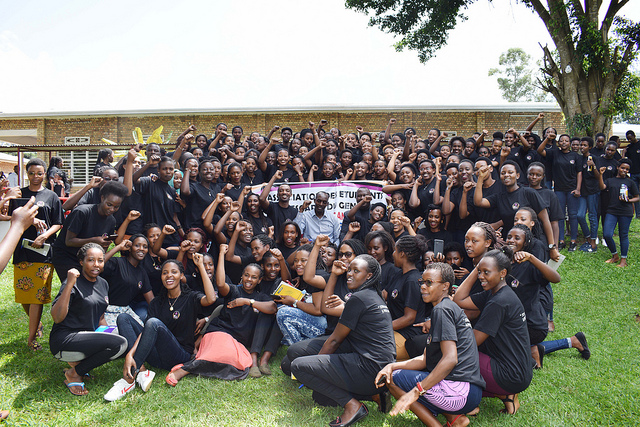 Members of the Association of students’ genocide survivors – AERG. Some survivors do not know their roots

Senators have asked the government to support genocide survivors who, 25 years after the 1994 genocide against the Tutsi, still don’t know their roots.

On March 26, the senate commission on political affairs presented a report on how issues surrounding livelihoods of genocide survivors have been addressed but with concerns of some having an identity crisis.

The commission showed that at least 400 young genocide survivors from the association ‘Hope for the Future Family’, lack identity cards and want government intervention in finding the family origins.

Commission chairman, Senator Michel Rugema said the request of affected genocide survivors was submitted to authorities recommending that each case be handled separately and research done on their origins.

Some of the youth were picked as orphans and using the location of where they were picked we can get clues of their origins but the other difficult category is of infants picked in piles of dead bodies, on the roadside and no one has clues to their origins,” Rugema said.

“This is a serious issue but we should find their origins at any cost. We can apply DNA tests on these children and genocide victims’ remains from the areas where they are believed to have lived, using the current research commission against genocide,” Bajyana said.

“We cannot solve this problem unless we know the numbers. The recommendation here should be that we find out how many are involved and those who actually want to be assisted,” said Dr. Jean Damascene Ntawukuriryayo.

For Senator Tito Rutaremara, there is no need to question or wait to give such persons an identification because their identity is not determined by mothers and fathers appearing on the ID database.

“If we need to forge their parents’ names, let’s do so; but I don’t see the logic of parents names appearing on an identity, because ones identity is the face and fingerprints,” Rutaremara said.

Cameroon’s U-17 Team in Kigali Ahead of Invitational Tournament