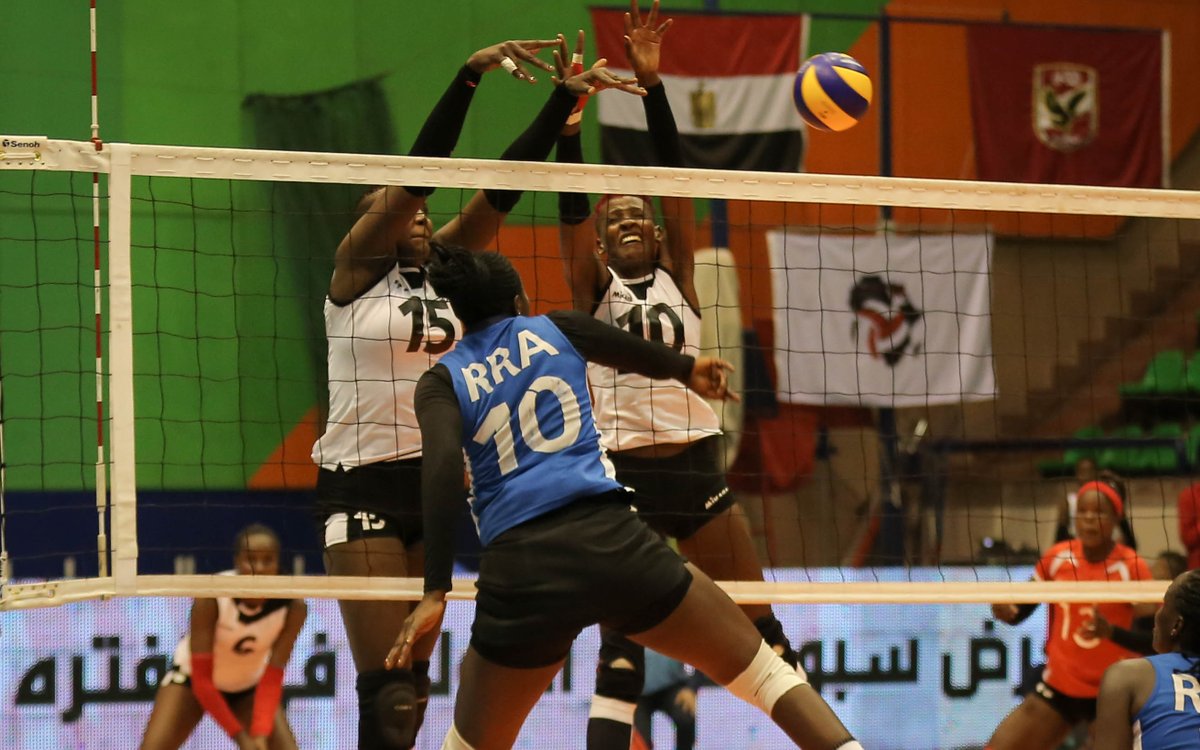 Rwanda Revenue Authority got off to a disappointing start of their campaign at the 2019 Women’s African Club championship as they lost 3-0 to Kenyan giants Pipeline in Pool C of the competition on Sunday at Al Ahly Hall in Cairo, Egypt.

Kenya Prisons started their matches with a victory to reach 1-0 win- loss ratio, while ASEC who win their opening in a CAVB decision dropped to 1-1.

It wasn’t the only defeat for the home team, but Shooting of Egypt lost also to the highly performing FAP of Cameroon in Pool C.

The other match of Pool D between ASEC (Cote d’Ivoire) and Nkumba (Uganda) was cancelled due to the late arrival of some players from the latter and considered withdrawal 3-0 (25-0, 25-0, 25-0).

Rwanda Revenue Authority, managed by head coach Christophe Mudahinyuka will take on FAP of Cameroon on Monday before winding up their group action on Wednesday with a tie against Shooting of Egypt.

The best two teams from each of the four groups will advance to knock-outs, starting from the round of last eight on Thursday next week.