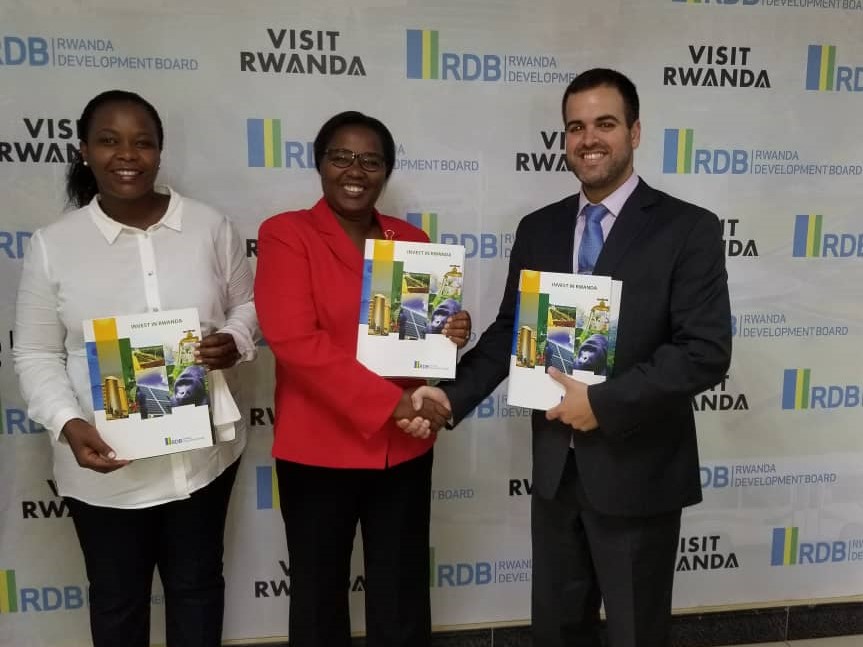 The deal, according to RDB, is a joint venture with Netafim – an Israeli irrigation technology firm, for the development of the Gabiro Agribusiness Hub Project (GAHP).

The GAHP aims to create a holistic and commercial agricultural ecosystem by developing modern value chain over an area of approximately 15,600 hectares of arable land with advanced water infrastructure, cutting-edge irrigation systems, high-value agro-processing operations and other agricultural technology activities across the value chain.

During the first phase, approximately $66.5 million will be invested in the project over a period of 18 months to develop 5,600 hectares.

The GAHP will support the production of crops for local consumption (staple crops), export and agricultural value-added products such as pastes, powders, oils and beverages intended mostly for export, RDB says.

It will also support local livestock especially in the community irrigation aspect of the project.

Rwanda seeks to rationally exploit its soil and water resources as a mechanism to transform and modernize agriculture.

For instance, the country initiated a master plan to irrigate and modernize agriculture on 587.711 hectares of land including; 219.797 ha of marshland potential, 153.534 ha of hillside, 179.954 ha of river and lakes pumping domains and 36.432 ha of groundwater resources.

Government had set last year the deadline to irrigate at least 100,000 hectares of land.

According to Akamanzi, “Netafim has successfully implemented the various components of the business model of the GAHP in other parts of the world and we are confident its execution in Rwanda will provide a means to small farmers to use innovative and efficient drip irrigation and fertigation technologies in crop production in addition to averting water scarcity, increasing productivity, incomes and household food security.”

The 54 year-old Netafim is the world’s renowned technology-based farming giant, having started its activities in the Negev desert in Israel.

The firm has been trying to grow crops in desert soil and harbors vast farming experience in extreme conditions.

Meanwhile, the deal signed today was approved during a cabinet meeting in January this year.