Anyone who seeks to threaten Rwanda’s hard won peace and security plays with fire, President Kagame has warned.

The President made the remarks during a wide ranging address to the residents of Burera District.

Burera is the first leg of what will be a three day visit to the Northern and Western provinces.

President Kagame has established a practice of town hall type meetings where he delivers the national vision to usually tens of thousands of local residents, then invites an interactive discussion, during which people air their grievances, and express their development priorities.

The visit to Burera coincides with a number of security concerns, the most widely discussed being neighbouring countries’ harbouring self exiled Rwandans, seeking to destabalise the country.

Rwanda has called on Uganda for instance to address the problem of the Rwanda National Congress (RNC), led by General Kayumba Nyamwasa.

The report accuses Nyamwasa of raising arms and recruitment around the region for P5, including Uganda, and Burundi, with the aim of launching attacks against Rwanda.

Nyamwasa who uses South Africa as his base, also has long established connections within the Ugandan political and intelligence leadership. It is an issue which Rwanda has tried to resolve with Uganda for the best part of two years. 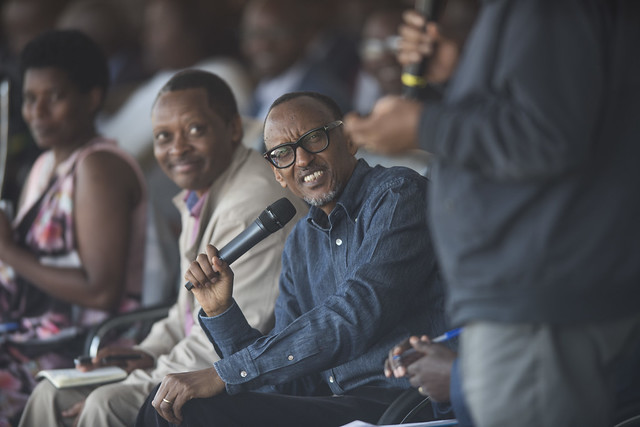 The UN report comes as no surprise to Rwanda, which has long accused its former head of the military of working with the self-styled Democratic Forces for the Liberation of Rwanda (FDLR), in reality an armed group composed of the planners and perpetrators of the 1994 Rwanda Genocide against Tutsi.

National security, governance, and delivery of services to the people are the themes the President has chosen for this meet the people visit. “We do not beg anyone for our security” he told the flag waving crowd, “we will guarantee it by whatever means necessary, peacefully, or forcefully”.

Perhaps not the fire reserved for the nation’s enemies, but, certainly feeling the heat were leaders who aren’t performing for the people. “There are things that I really cannot tolerate, given the trust you have placed in us” he said, “leaders who don’t perform for you. We will hold them all to account, from the very top, to the lowest levels.”

“I want us to leave here with you feeling that we have resolved much,” he promised. 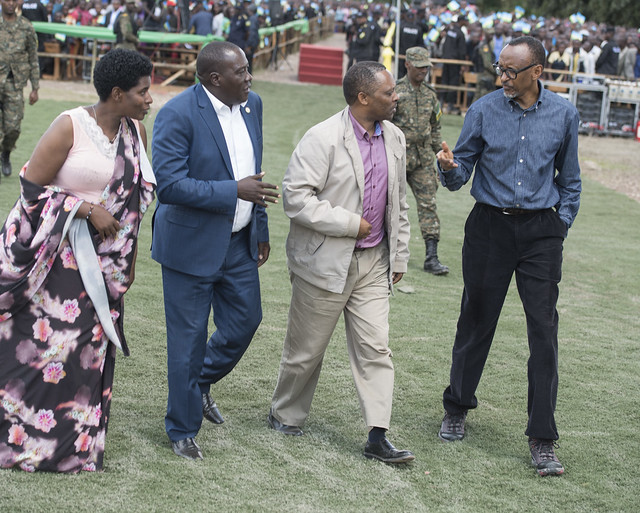 And he was true to his word. In response to complaints from among the crowd, we learned that a milk processing plant had become little more than a bottomless pit for tax payers’ money. Delivery of seeds to farmers remained a complaint, one about which the President a complaint of his own to ministers and other leaders.

By the end of the meeting with the citizens of Burera, they knew, as did we, that the police would investigate any officials for any negligence, and unnecessary waste of national resources.

According to Colonel Jeannot Ruhunga of the Rwanda Investigation Bureau (RIB), investigations are already under way.

After his meeting with the people, the President is scheduled to have a private meeting with provincial notables and leaders. We shouldn’t be surprised if the conversation is around the themes of National Security, Governance, and delivery of services to the people. 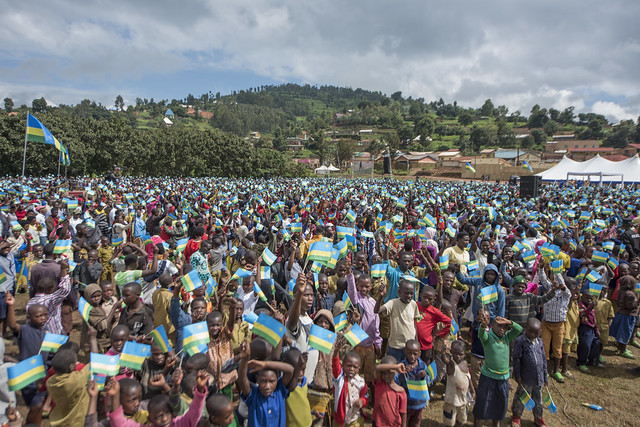