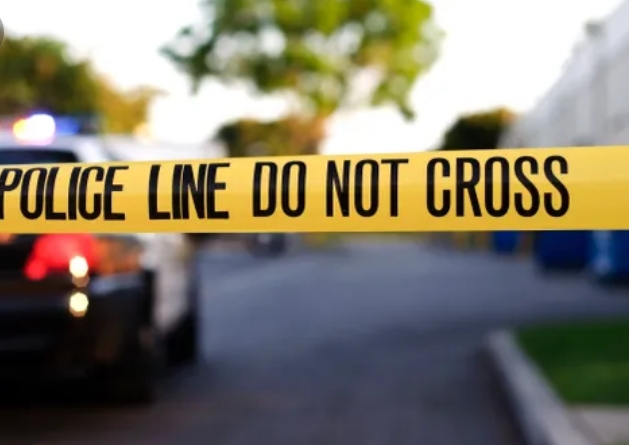 It has come to light that Camille Nkurunziza, the Cape Town-based RNC operative that South African Police killed in a hail of bullets never was a “bodyguard” to President Kagame, contrary to widely repeated allegations in Uganda’s media.

The Kampala media, including mainstream newspapers like The New Vision and Daily Monitor in addition to multitudes of online misinformation outlets, blogs and Twitter accounts invented the “Nkurunziza-was-a-Kagame-bodyguard” story.

Upon news of the man’s death the anti-Rwanda propaganda machinery swung into action to turn the carjacking into a political assassination before South African authorities made a single statement.

The misinformation news agencies worked around the clock to tie Nkurunziza to President Kagame, as a strategy to garner wider attention.

Suddenly, RNC-linked media in South Africa and Uganda were running front-page stories with screaming headlines, “Former Kagame Body Guard Killed in South Africa,” or variations of the like.

But why they urge to hunt for a status in death that the man never had when alive?, some were asking.

According to reliable sources, Nkurunziza joined the RPA in 1994, and deserted in 2000. These six years are what the Anti-Rwandan propaganda machine has been exploiting to claim Camille Nkurunziza was in the RPA as a former bodyguard in the Republican Guard (RG). He never was in the RG,  not even for a day, the records show.

During the six years in the RPA Nkurunziza was deployed at Kanombe Airport in the Gendarmerie. It was the body that at the time was charged with law enforcement, prior to establishment of Rwanda National Police.

In other words, to say that Nkurunziza was a member of the Republican Guard simply because he worked in proximity to them is akin to someone saying he or she went to school at Harvard University because they used to live in its proximity in the town of Cambridge; or someone claiming that they attended Makerere University simply because they lived in the nearby suburb of Wandegeya.

But even if Nkurunziza ever served in the Republican Guard at the airport, how would that suddenly make him a “bodyguard” to the president? It is ludicrous. It makes for good fiction, however.

Nkurunziza’s lowly profile made it difficult for the propagandists to get enough mileage for the narrative they needed to push. For instance, he was not a Karegeya. The thing to do then was to pad his profile, to get a bigger bang for their buck – hence the ploy to dab him “Kagame bodyguard”.

Openly anti-Rwanda, pro-RNC propagandists like South African journalist Carien du Plessis, Sonia Rolley of RFI and the like, propagated this narrative with not an iota of embarrassment.

So did other media houses that have made a name being hostile towards Rwanda: the Daily Maverick, BBC Gahuzamiryango and of course the by now discredited Ugandan publications, like The Daily Monitor and The New Vision.

A baffled commentator, Ali Naka, tweeted in amusement at how the seemingly coordinated propaganda media jumped on the carjacking incident to turn it into an assassination. “Fact of the matter is colonial media in South Africa working closely with racist Afriforum, RNC dissidents and shady media platforms in Uganda is being used to attack Rwanda,” said Naka.

“Your agenda is out in the open and it shall be defeated.”

Naka went on to pin du Plessis, who describes herself as a ‘word mercenary’, as well as her employer The Daily Maverick, “Camille was killed by Police over reckless driving either confusion for hijacking or reality not proven. Police apologised for the incident.

How does this affect bilateral relations with Rwanda? Stop spreading FAKE NEWS!”

Afriforum, the Afrikaner platform that has been working with the RNC in weaponizing the Karegeya case against Rwanda naturally went into overdrive trying to link the two incidents.

In Uganda, in addition to the mainstream media noted above, the “Kagame-bodyguard-killed” narrative was widely circulated by Uganda’s Chieftaincy of Military Intelligence through its plethora of anti-Rwanda blogs and online media outlets that have become prominent vessels of fake news.

They were trying to advance the preposterous claim that the killers had escaped from South Africa aboard a presidential jet! But even they saw this was ludicrously untenable one and changed it. They began claiming South African Police “had shot ‘the bodyguard’s’ assassins” as they tried to escape with the corpse of their victim! It got embarrassing by the day.

The interest of Uganda’s media in Nkurunziza’s death was astonishing. It reached peak season when different media houses began furiously reporting about a presumed request by Nkurunziza’s family members to repatriate the body for burial in Uganda.

This is part of a pattern where the Kampala authorities have become obsessed with dead bodies of Rwandans.

Nkurunziza’s past links with the UPDF were exploited for this purpose, sources say. His brother Major Hadji Abubaker Karume who serves in the UPDF was fronted as the family member who requested that burial takes place in Uganda.

Perhaps the interest of Uganda intelligence was due to the fact that they had lost one of their own, some speculated.

After deserting from the RPA in 2000 Nkurunziza crossed over to Uganda, settling in Mbarara. According to sources, after the formation of the RNC Nkurunziza linked up with Pastor Deo Nyirigira of AGAPE Church – whose purpose is to provide cover for RNC activities – and a known coordinator of the terrorist group in the area, the same source says.

Uganda’s intelligence and RNC links facilitated Nkurunziza to relocate to South Africa. While there, however, he crossed to the FLN of the recently apprehended Callixte Nsabimana.

Our sources also suggest that the infighting there led Nkurunziza to leave and, in October 2017, joined forces with Noble Marara to form something they called Rwanda Revolutionary Movement (RRM). It wasn’t long before Nkurunziza was also forced out of that by Marara, who suspected the former of ambitions of taking over the organisation.

According to different sources, it is during this time in South Africa that the confused Nkurunziza became actively involved in anti-Rwanda social media, something that the propagandists have exploited to confer upon him the title of “political activist”, as opposed to his real identity as a member of terrorist organizations.

Since the anti-Rwanda propagandists without borders cannot refer to him by what he really was, they all have converged on the fictitious designation, “former Kagame bodyguard!”