Home NewsRegional Pontius Pilate Made in Uganda: Testimony of a Rwandan Who Was Crucified in Uganda
Regional

Pontius Pilate Made in Uganda: Testimony of a Rwandan Who Was Crucified in Uganda 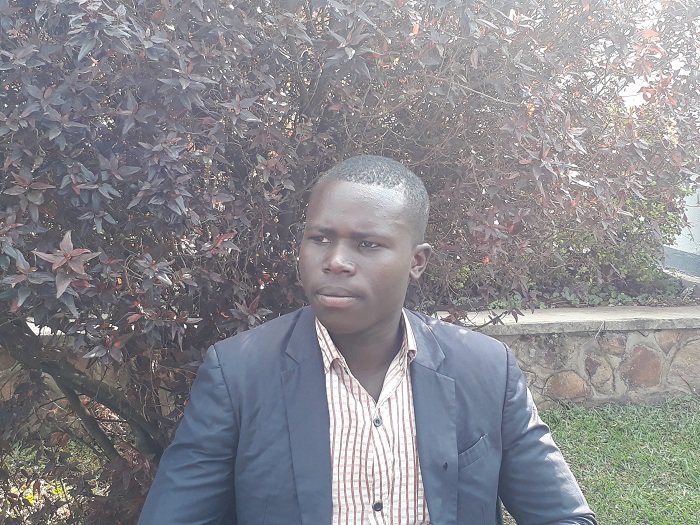 You perhaps recall the story of crucifixion in the movie Passion of Christ or as narrated in the bible, but, this punishment of ancient Roman emperors could have inspired Uganda, Rwanda’s neighbor to the North.

In June 2018, Saidi Maniriho left Kigali for Kampala where his mother lives, hoping to start life with a grocery shop.

“I never thought at some point that Kampala is a no-go-zone for a Rwandan,” he told KT Press on Sunday, adding that as a citizen of the East African Community (EAC), he thought he was free to move to any country in the bloc and work there as long as he had the means.

Few months later, one fine morning in January this year, Maniriho, who had been in Uganda doing business for six months, booked a bus to return to Kigali to sort out a few personal issues and check on relatives.

Before boarding the bus, security agents intercepted him and arrested him along with a few other Rwandans, who they accused of being Rwandan soldiers on an espionage mission in Uganda.

“First, they asked us to hand over the guns we possessed,” he recalls.

“The word spy is strange to me and, I have never been a soldier all my life. In my family none knows to handle a gun,” he told the adamant security operatives.

According to Maniriho, security officers were not willing to listen. They took the group to a prison facility in a Kampala suburb known as Kyengera where they started torturing them incessantly in a bid to extract confessions from them.

“That very day, after beating me severely, they took chains and tied my hands, legs and my belly against metal sticks, akin to a cross to make sure that I don’t make any movement whatsoever for the whole night,” narrates Maniriho, adding that “I was naked.”

In the morning, they came back and untied him before he collapsed in one heap. Upon realizing that he was in agonizing pain, they took him to the hospital.

When he was returned to the prison facility, he discovered that there were more Rwandans he knew who were also being tortured relentlessly.  They included Sam Tumushabe, Moses Gato and Eric Rugoroki.

On several occasions, they would relocate him to separate cells, and in all of them he found more Rwandans facing a similar ordeal. He recalls some people by face and name but there was little he could do to save them.

Their situation worsened when a Ugandan national escaped from jail. The wardens decided that none would go to the toilet anymore and brought them a small bucket to use whenever they need to ease themselves.

One bucket was serving 60 prisoners, according to Maniriho.

The food which consisted of a maize flour meal (posho or Kawunga) and beans was served next to the same bucket which served as a ‘toilet’.

In March, Maniriho and colleagues were reported to Ugandan officials in charge of internal security who told them to “stop spying on my country.”

On June 29, Maniriho and colleague were put on a truck driven to Ntungamo district, in South Western Uganda where they were thrown in a marshland along the Uganda-Rwanda border in Rwempasha – Nyagatare district.

Maniriho warns Rwandans against venturing into Uganda following his ordeal.

“Any Rwandan who still feels they can try their luck in Uganda should think twice before making the mistake of crossing over. Ugandan security operatives are on the lookout and willing to inflict pain and torture to Rwandans without any remorse,” Maniriho said, adding that he lost his start-up capital and everything he had worked for during this period.

Among other things, he said security agents confiscated the money he had amounting to Rwf550,000 and 300,000 Ugandan shillings which they never returned to him.

For over two years, several Rwandans say they have been illegally held in Uganda, tortured before they are dumped on the border with Rwanda, despite having entered the country legally.

Since January this year, about 180 Rwandans have been deported or unceremoniously dumped at the border by Ugandan authorities.

Rwanda says Uganda does so in collaboration and full support of Rwanda National Congress (RNC), a subversive organization linked to renegade Lt. General Kayumba Nyamwasa and others who seek to destabilize Rwanda.

Uganda maintains that Rwandans get arrested on suspicion that they sabotage country security which Rwanda denies. Rwanda also maintains that Kampala should charge the suspects in courts of law or send them back home instead of holding them arbitrarily and subjecting them to torture.

In a meeting that brought together President Paul Kagame of Rwanda, Felix Antoine Tshisekedi of DR Congo, Yoweri Kaguta Museveni of Uganda and João Lourenço of Angola in Luanda on July 12, it was agreed that Angola and DRC will facilitate talks between Rwanda and Uganda to resolve the impasse.

Rwanda maintains Kampala has to stop illegal detentions, deportations and end any support to RNC or other groups seeking to distabilise Rwanda. Meetings between President Kagame and President Museveni have not yielded much.

I Am Not Searching – Allion