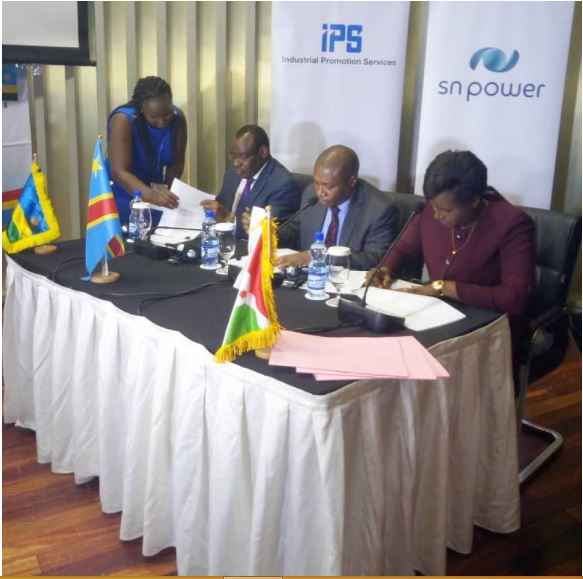 The governments of Rwanda, Burundi and Democratic Republic of Congo (DRC) have signed a tripartite deal that marks official launch of construction works for a $700 million joint Hydropower project.

The project, dubbed ‘RusiziIII’ Hydropower is expected to generate up to 230 MW, with total cost expected to range between $644 and $700 million, according to Rwanda’s Infrastructure Ministry.

The initial capacity had been estimated at 147MW, but further geological studies will be conducted to reach the agrees 230MW.

The signing if the deal which took place in DRC’s capital Kinshasa on Monday this week, will boost energy deficits in the three member States, according to Rwanda’s Minister of Infrastructure Amb. Claver Gatete who represented the government at the signing.

“The signing of Rusizi III power project today in Kinshasa will boost energy generation and Economic development in Rwanda, DRC and Burundi,” Minister Gatete tweeted after the signing in Kinshasa.

The Project, set to be completed in 2024, will be funded by several lenders who will fund the debt through concessional and commercial loans.

It is the first regional project designed as a Public Private Partnership (PPP) aimed at optimizing the hydropower potential of the Ruzizi cascade, according to Rwanda’s Ministry of Infrastructure.

For its implementation, a private partner, acting in the capacity of investor/developer, will be recruited and awarded a concession.

This partner will be required to develop the project, be a majority partner in a project company (PC) with the three countries concerned and secure the necessary financing, the Minsitry added in a statement issued on Tuesday.

The project is being developed under the Communauté Économique des Pays des Grand Lacs (CEPGL) – a sub-regional organization with multiple purposes bringing together Rwanda, Burundi and DRC.

Under the Rusizi III hydropower project, its power output will be shared among the three partner states with Rwanda getting 47MW and the rest being shared between Burundi and DRC.

Francis units are named after B. Francis – a British-born Hydraulic engineer. It is a water turbine designed to produce high flow from a low head of pressure – mostly used in hydroelectric power generation.

In January 2016, the African Development Bank Group approved $138 million in loans and grants to finance the project.

EGL is a sub-regional body which coordinates energy development in East Africa.

The $1.4 million NEPAD-IPPF grant helped provide key expertise for the project’s development, as well as sound knowledge of the context and actors of the region that led to the project’s eventual financial close, according to the statement issued at the time.

You Could Be Suffering From Deadly Hepatitis, But How Treatable Are You?