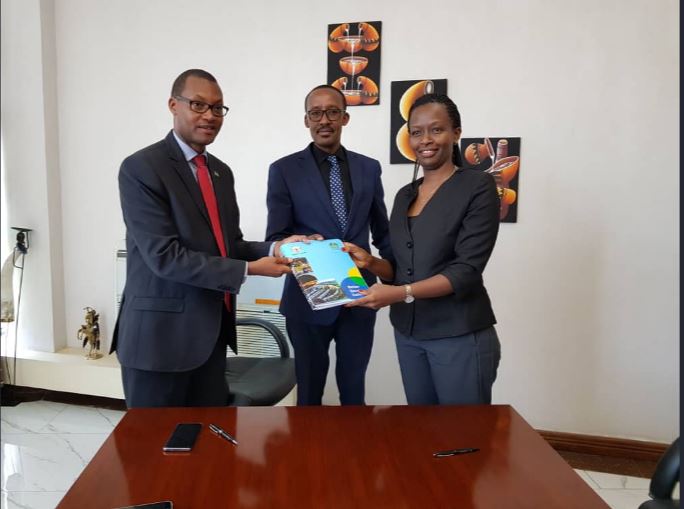 Rwanda’s capital city-Kigali will wait for much more time to have an elected mayor.

Outgoing mayor Chantal Rwakazina has handed over to her deputy in charge of Economic Affairs – Parfait Busabizwa as an acting city mayor.

Three weeks ago, Rwakazina was appointed by cabinet as Rwanda’s Ambassador to Switzerland.

It is not yet known when the new city mayor will be elected. However, the Kigali City council chairperson Athanase Rutabingwa told KT Press on Monday, that the interim lasts for 6 months maximum.

He said electing the new mayor is a top priority.

“We may not wait for the six months because there is a lot of pending works assigned to an elected mayor,” Rutabingwa said.

The electoral college of the city mayor is made of 11 councilors from the three districts of City of Kigali.

“We still have gaps in the city council membership. Thus, we want to speed up the process to elect them so that we can proceed to the city mayor’s position,” Rutabingwa said.

Rwakazina served as Kigali city mayor since May 2018 replacing Pascal Nyamurinda who also had served for barely one year.