Transformation Over the Last 70 years is Miraculous, Says President Xi 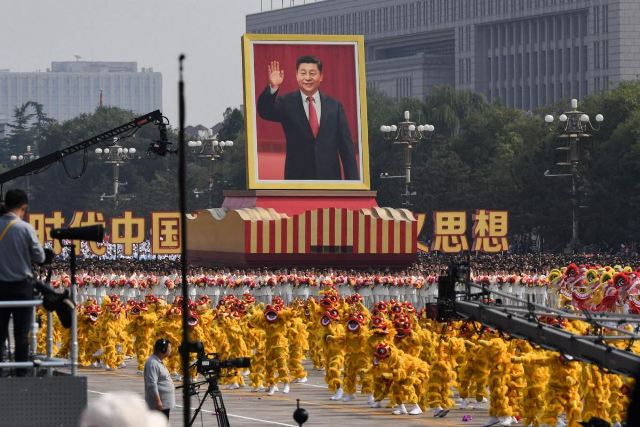 China celebrated the 70th National Day since the founding of the People’s Republic of China(PRC) on 1st October 1949 at Tian’anmen Square. The event was marked by a grand military parade which involved 15,000 participants comprised of 32 units of the People’s Liberation Army, People’s Armed Police Force as well as China’s militia and reserve services.

In his speech, President Xi Jinping who is also the General Secretary of the Communist party emphasized the importance of unity of the Chinese people in moving forward the fulfilment of national rejuvenation. He also noted that the problem of absolute poverty which has existed for thousands of years will soon be conquered and that will be,’ a miracle in the history of mankind”.

President Xi has been personally instrumental in poverty eradication efforts. The number of poor people in China fell from 99million in 2012, to the only 16.6million by the end of 2018.  China will celebrate one of its crucial target of lifting all its people out of poverty by next year in 2020.

In his own book; Up and Out of Poverty, Xi observes that poverty of the mind (mindset) is the primary threat that has to be dealt with first. “We must eradicate the poverty in our minds before we can eradicate it in the regions we govern before we can help the people and the nation out of poverty and embark on the road to prosperity”. Xi also emphasizes the resilience of the people through sustained efforts, in a similar way, “water droplets drill through the rock”. 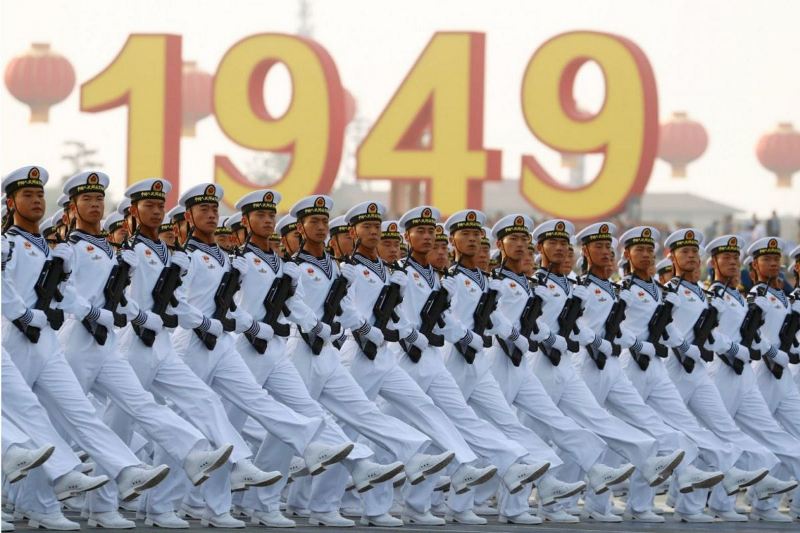 The government of China will maintain Implementation of policies of “one country, two systems”, where Hong Kong and Macao will continue to govern themselves; president Xi noted… On Taiwan, he said that the One China principle and the 1992 consensus will continue to be upheld while promoting peaceful development, cross-strait relations and deepening economic and cultural exchanges.

Xi, hailed the Chinese people for their commitment and dedication in realizing the Chinese dream through various achievements in the past 70 years under the leadership of the Chinese Communist Party.

Regarding China’s relationship with the rest of the world, President Xi, said that China will keep on the path of peaceful development, increase its opening up and work with other countries, “to build a community with a shared future for mankind”.

Prior to the 70th Anniversary, President Xi opened a new airport located   South of Beijing, known as Daxing International airport, becoming the world’s number one largest single international airport which cost $63.21billion and expected to handle 45 million passengers annually by 2022. The airport is said to be a new gateway to China and an indication of the rise of the country and national rejuvenation.   President Xi, called on the authorities to make the airport a world-class hub. During the opening of the airport, president Xi said that the people are the cornerstone of the country’s development.

President Xi also noted that in the past 70 years despite some difficulties, China has grown rich and become stronger which is an indication of the capability of the CPC to lead China, while reform and opening u-up promoted China’s development and only Socialism with Chinese Characteristics can lead to China’s prosperity. The exhibition comprises five chapters.. China’s development and transformation under the leadership of the CPC. China has put forward a people-centred governance philosophy where participation and improvement of the living standards of the ordinary citizens have been one of the key achievements of the CPC leadership.

The young Chinese generation appreciates what the country has achieved in the last 70 years and look at the future with greater hope. Peter Zhang, an undergraduate student at Peking University in Beijing, shared with me a story and observes that “many changes have taken place, where a lot of prosperity of a new era has been realized. There are more opportunities than challenges, for the young generation who have a greater role to play in shaping the future of China.